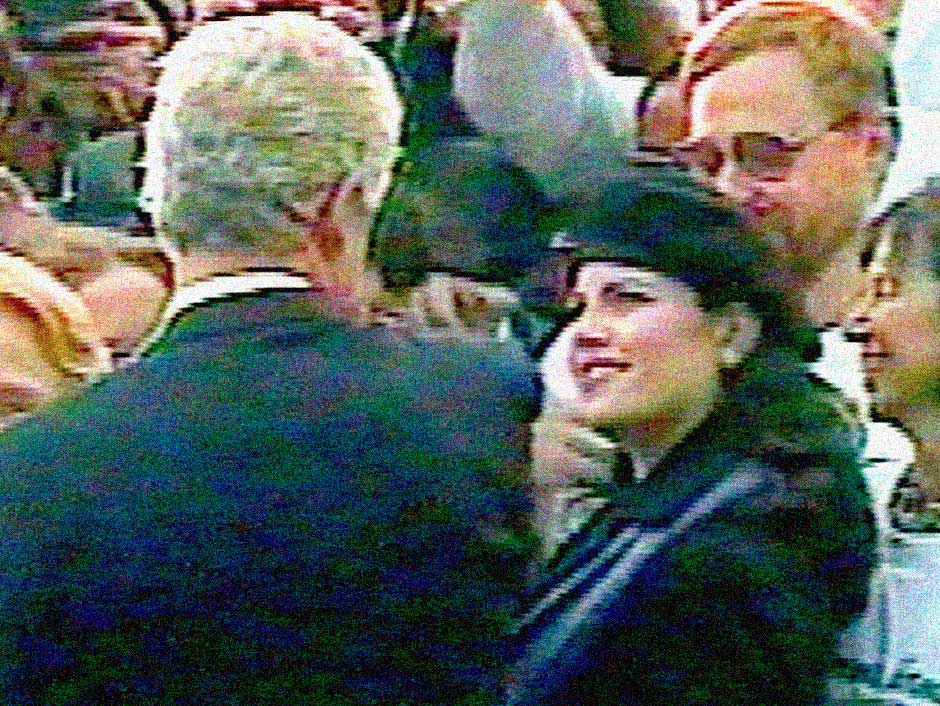 The Lewinsky Affair - the cacophony of Clucks and Tut-tuts emanating from Capitol Hill was palpable.

The Lewinsky Affair – amidst the cacophony of Clucks and Tut-tuts emanating from Capitol Hill; nervousness.

A day laced with tragedy and scandal, this 4th of September in 1998.

The on-going scandal involving President Clinton and White House Intern Monica Lewinsky ebbed for a few seconds when President Clinton offered his apologies for the affair, while on a State visit to Dublin. Back home, it did little to quell the waves of finger wagging coming from Capitol Hill and the audible clucks of righteousness coming from those who would soon be held accountable for their own peccadillos. But that’s politics.

On the tragic front – the search continued for wreckage and remains from Swissair Flight 11, including the all-important flight recorder in order to piece together the horrific puzzle of the doomed flight. Relatives of the victims began arriving at Peggy’s Cove in Nova Scotia, the closest point to the site of the crash.

Moscow reported receiving information that North Korea was planning on test firing another missile within the next 24 hours. The news did little to calm already jangled nerves over North Korean overtures.

And that’s just a little of what happened on the September 4, 1998 as presented by the CBS World News Roundup.

Okay – so some days the news is just grim. But that’s history and it affected our lives in some way or another. History is what we’re all about here at Past Daily. As you all know by now, we’re in the middle of a Fundraiser with Indiegogo, trying to raise enough money to keep this site up and to keep our ongoing project of restoring, preserving and sharing history alive. We have just a few days left and your Tax Deductible Contributions are slowly trickling in. We are deeply grateful to those who have given so far, but we need a bunch more of you to step up and pitch in. We’re not asking for a lot, but we’re asking for you to chip in, even the price of movie ticket. It all goes to preserving history and making it available to everyone. Please consider helping out by making your Tax Deductible contribution by clicking on the headline, just below the photo of our Piano Playing Mascot. We really need your help and we really need it today.