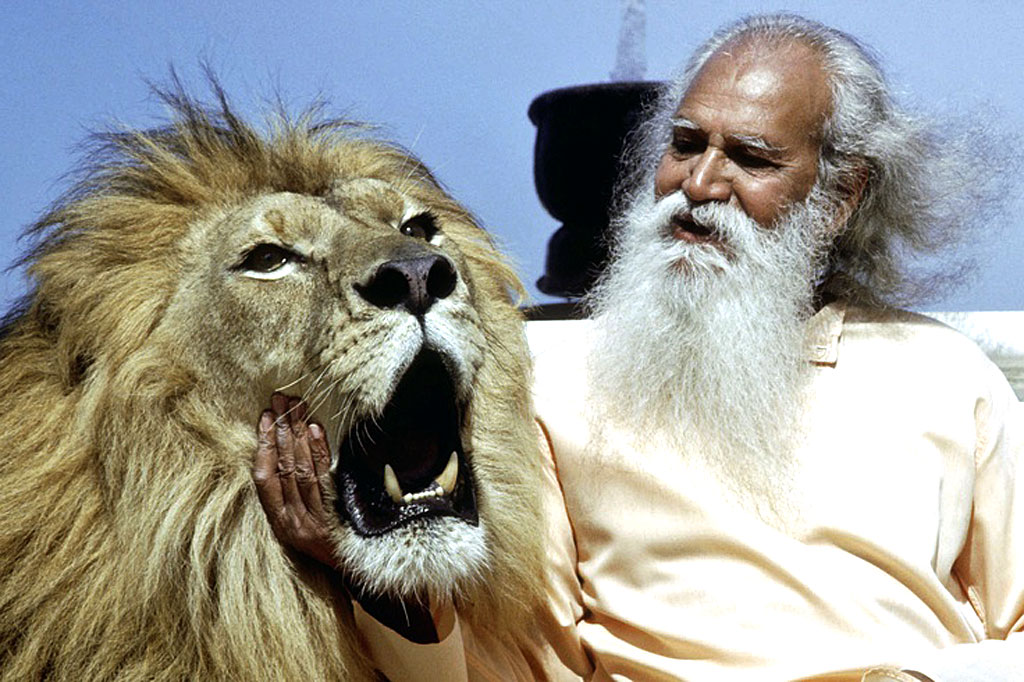 Swami Satchidananda and friend - 1967 became The Year Of The Swami.

Swami Satchidananda and friend – 1967 became The Year Of The Swami.

In that wildly upheaval year of 1967 among so many revolutionary changes, came an onslaught of Gurus from India. Not that Eastern Philosophy and Indian Swami’s were new to the U.S. – but the sudden, almost hysterical popularity of Maharishi Mahesh Yogi, due in no small part to a discovery by The Beatles, led to a migration of Swami’s and Spiritual leaders to the U.S. in record numbers. They came in all shapes and sizes – from Maharishi and Meher Baba to A.C. Bhaktivedanta Swami and the Hare Krishna movement, and all offshoots in-between. The entire country became, at least for a brief period of time, engulfed in a sea of saffron robes and an all-consuming cloud of incense.

One of those who came, stayed and gained an enormous following was Swami Satchidananda. After initially coming to New York at the request of pop-artist Peter Max late in 1966, Satchidananda, who was a Yoga master, was persuaded to stay and set up an Ashram in New York.

This interview, done for the NET Program Newsfront (the same day as the LSD controversy, by the way) was conducted by John Bartholomew Tucker, who seemed a little un-prepared and probably as mystified as many were at the time. But Swami Satchidananda answers all the questions and comes out smiling.

Okay – we’re still begging – we’re still plugging away for your Contributions. We’re getting a lot of people on board, but we need as many of you as we can who believe History and rare interviews like this one are important. We can’t do it without you. Your TAX DEDUCTIBLE contribution makes it all possible – makes the preservation, the restoration and the sharing of all this incredible history possible with your simple donation. It’s easy and we’re not asking for a lot. The price of a Starbucks or a movie ticket. Please click on the headline right below our Piano-Playing Mascot and make your Contribution this weekend to help preserve history.