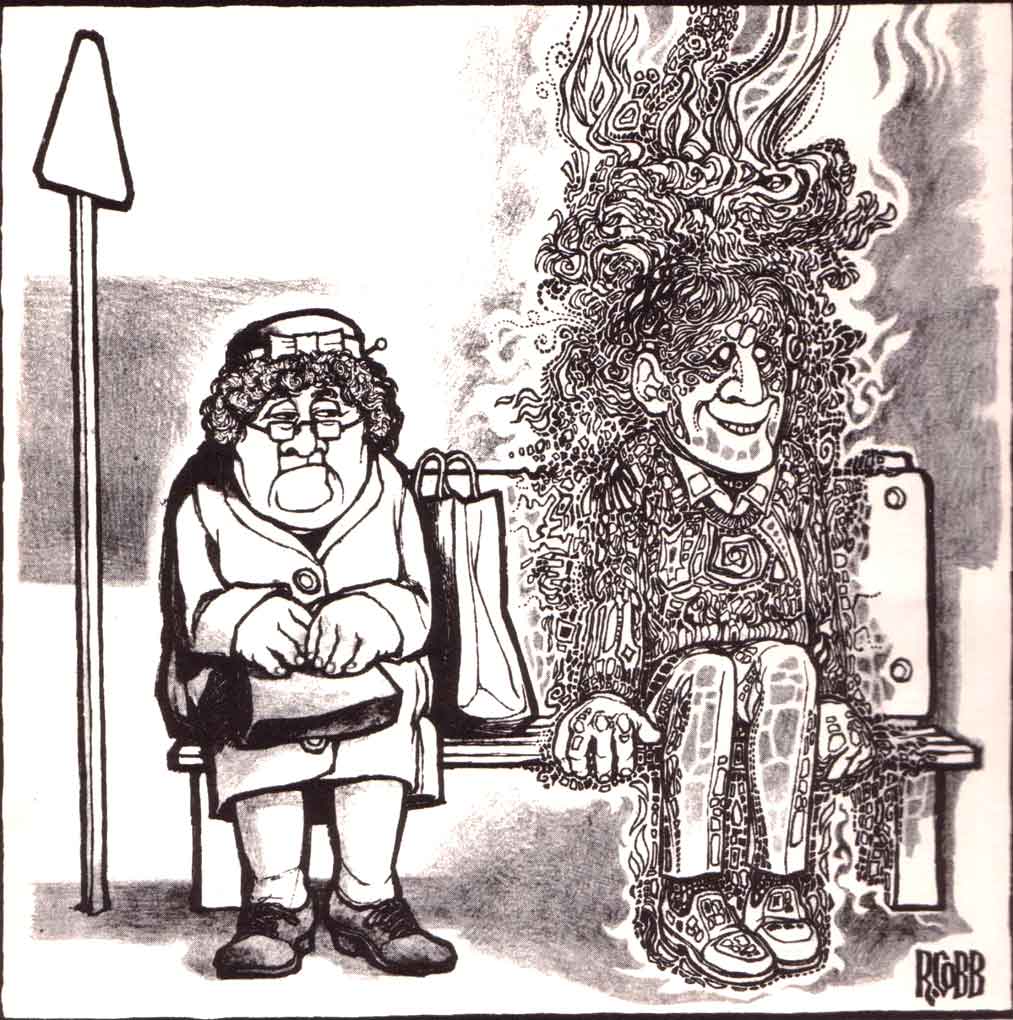 And along came the myths.

The issue in a nutshell.

As 1967 took alternate turns between violent and paisley, the groundswell of the Drug Culture began taking over headlines. LSD, popularized by advocates such as Timothy Leary and claimed to be the Musicians Drug Of Choice, started to dominate the conversation over aspects of the Generation Gap.

Around this time, rumors were spread that taking LSD led to irreversible Chromosome damage. Remembering the Thalidomide scandal earlier in the decade, the mere mention of taking anything which led to creating a society of damaged deformities scared the crap out of people. Which, it turned out, was the desired effect.

The March of Dimes climbed on board, using its resources to research birth defects and to proclaim LSD as a major factor in Chromosome damage. They printed posters warning of mass birth defects if LSD use continued. Fiction writers went into overdrive creating dystopian scenarios of a society overrun by brain damaged psychopaths. And the whole thing took on a seriousness usually reserved for End of The World discussions.

Trouble was – none of the allegations were actually proven. The “findings” were based on speculation and the experts were slightly dubious. And when questioned, a goodly amount of back-peddling took place.

In this interview, part of the Newsfront Program from NET (Pre-PBS), Dr. Orlando J. Miller and Dr. Warren Nichols discuss the “potential” of Chromosome damage. But at no time did they come right out and say LSD was directly linked to Chromosome damage. But the mere mention of birth defects, whether proven or not, became a rallying cry and yet another scene in the continuing War between generations which epitomized the 1960s. And the LSD controversy went into overdrive.

As you know, we’re in the midst of our Indiegogo/Past Daily/Gordon Skene Sound Collection – Help Preserve History Fundraiser. We need your support, and we need it badly. Please consider making your TAX DEDUCTIBLE contribution to help us continue bringing historic interviews like this to you on a daily basis. We can’t do this alone and we need your help. Your contributions help repair vintage equipment that can’t be replaced, help us move into larger quarters, allow us to hire staff and to allow us to continue restoring, preserving and sharing the thousands of hours of interviews, newscasts, events and Music that is so much a part of Past Daily. If you can, please help – tell your friends. So many of you have stepped up to the plate and contributed and we are grateful beyond words. We need more of you. Click on the headline just below our Piano Playing Mascot and give what you can – it’s all worth it and it’s all to help keep history alive.