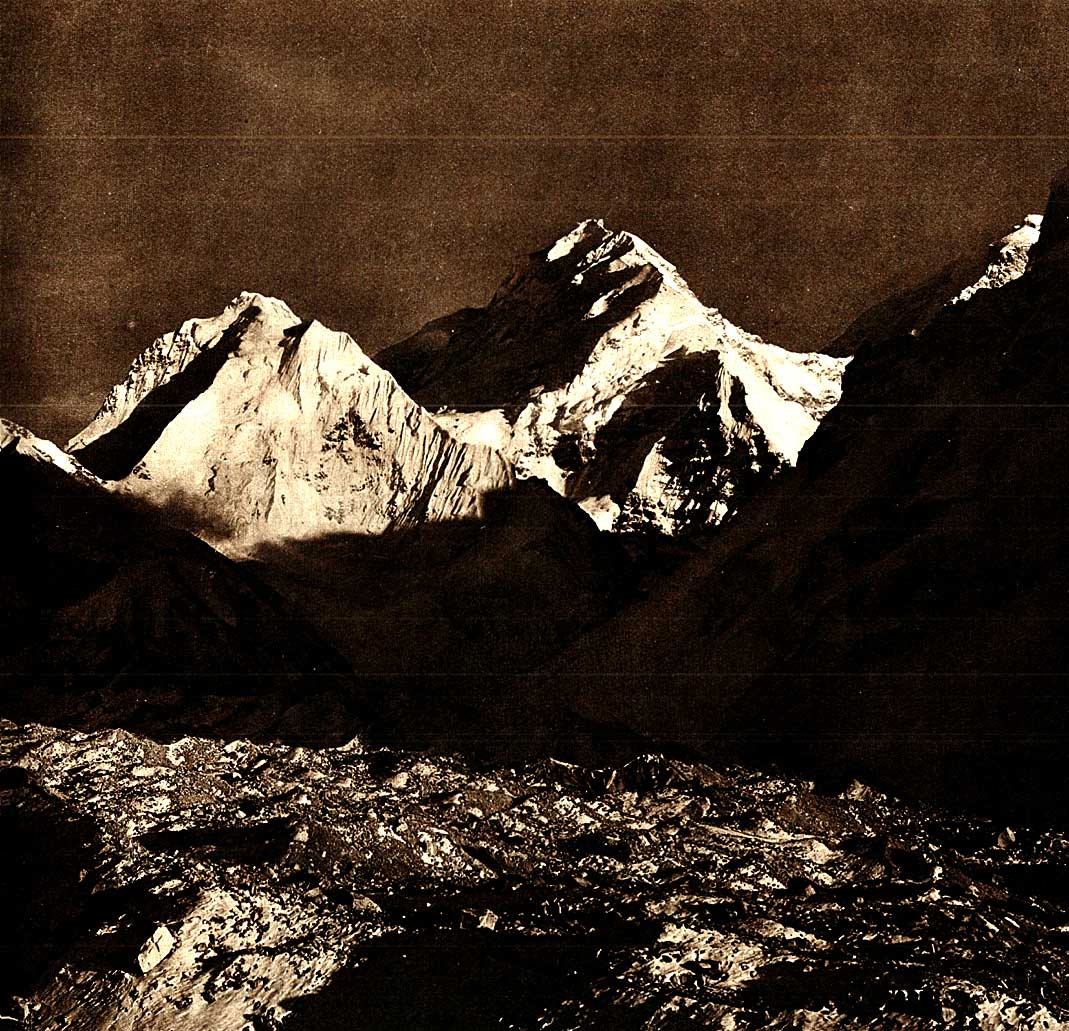 One avalanche every 20 minutes.

One avalanche every 20 minutes.

Until 1852 Kangchenjunga was considered the highest Mountain in the world. At 28,169 ft it was thought to be taller than Everest, the nearest mountain and one three Himalayan mountains between Nepal and India. But in 1852 calculations revealed Everest to be the tallest and Kangchenjunga to be third.

But it wasn’t until May 25th 1955 that a team successfully climbed Kangchenjunga and came within five vertical feet of the summit. As part of the agreement with the Nepalese government, the British team agreed to come short of the summit as a sign of respect to the Maharaja of Sikkim as a proviso to get permission for the climb. It has been a tradition that no climber reach the summit, ever since then.

A few weeks later, the BBC ran this account, featuring the team of climbers as they recounted their experience as the first team to reach the top of Kangchenjunga.

Here is that account featuring the original climbers as it was first heard in June of 1955.

While you’re listening to this account of that historic climb, please consider making a TAX DEDUCTIBLE contribution to the site that made it available to you and the archive that made it available to the site. Past Daily, in connection with The Gordon Skene Sound Archive and Indiegogo are in the middle of a Fundraiser to keep us up and restoring, preserving and sharing all this history with you. Your contributions make it all possible and we need your help to make that happen. Click on the headline just below our Piano Playing Mascot and make your contribution this weekend, and help us preserve history and share it with you.