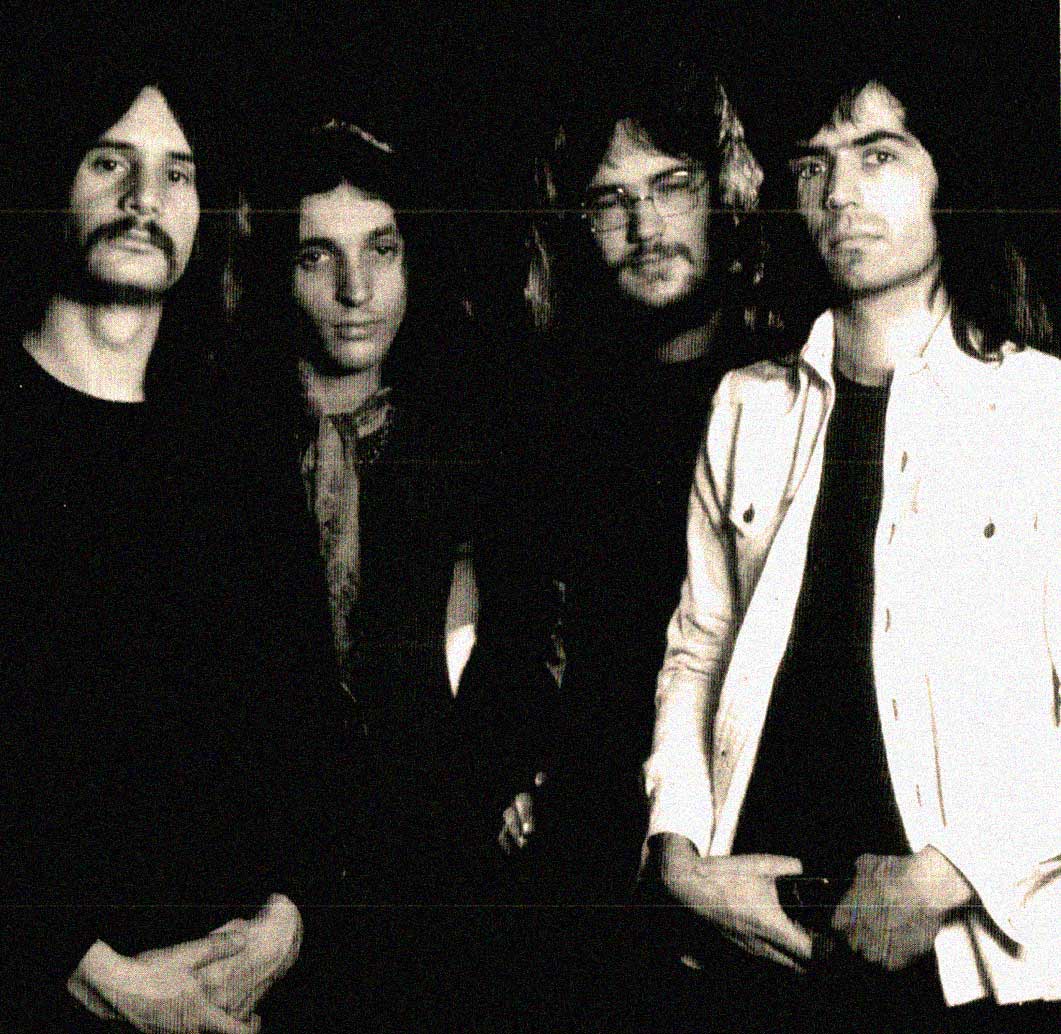 Bonfire – Sage Of The Running Nose – 1974 – Past Daily Soundbooth: Bands That Go Bump In The Night Edition

Last night I ran a track by Supersister, one of the more influential bands on the Prog scene of the early 1970s. Another Dutch band, following in a similar mold, but who vanished after only one album was Bonfire.

Their story isn’t quite clear. The band consisted of Frank Witte on keyboards. Kees Den Hoed on bass. Eugene Den Hoed on Guitar and drummer Cees Meerman. Their first and only release was Bonfire Goes Bananas, which was recorded in Brussels and co-produced by American Toni Scotti. It had a short release on EMI-Bovema, the Dutch imprint. But it didn’t get released anywhere else. Shortly after the release the band dissolved and nothing was heard of Bonfire until 1980 when the only original member, Frank Witte assembled another version of Bonfire and released one single. The second incarnation of Bonfire was less well-received than the first one, and Bonfire ceased to exist shortly after.

Apparently, with the sudden breakup of another Bovema band Focus, there was a scramble to try and find an adequate replacement along Focus’ prog-rock lines. Bonfire filled the bill and suddenly the band was lavished with Focus’ old equipment and even tourbus to go along with their recording contract. But, in true Corporate Rock fashion, once the band failed to provide the magic needed to replace the loss of Focus, Bovema dropped the band and went looking for someone else.

Why the band failed to connect would probably fill the chapter of a book fairly bulging with similar fates of other bands. No support, a terrible album cover and another band named Bonfire who were an awful Heavy-metal band. Three strikes.

But whatever the failings of the group and their lack of success, they did release one album which has been well regarded by collectors over the years and has been highly ranked alongside fellow Dutch prog-rockers, Focus, Finch and Supersister.

Tonight’s track is Bonfire’s magnum opus of side 2 – the 18+ minute Sage Of The Running Nose, which gives a good idea of what the band were all about and why their failure is baffling, even to this day.

Hit play and turn it up.

And while you’re doing that – please consider your TAX DEDUCTIBLE CONTRIBUTION to help keep Past Daily up and running and The Gordon Skene Sound Collection (the archive all this stuff comes from) preserving, restoring and sharing all this historic audio with you. Just click on the headline just below our Piano-playing Mascot and make your pledge tonight – or tomorrow. But please do it – we really need you.