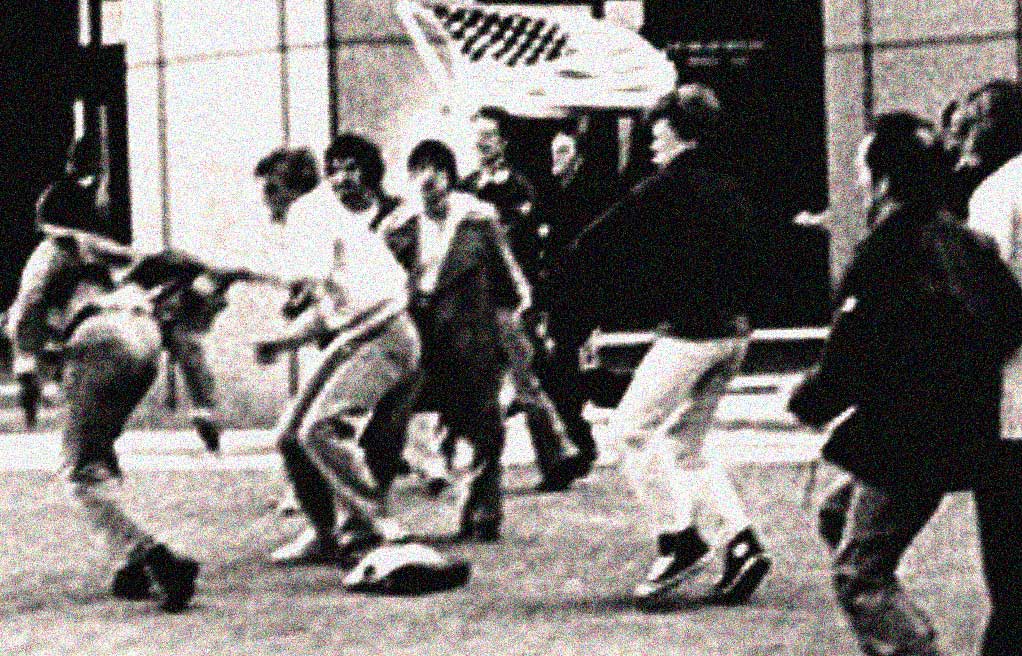 Love And Tolerance In A Parallel World – Week Of September 12, 1974

The fragile nature of people, this week in 1974.

Starting with news of the health of former-and-now-pardoned President Nixon, whom many said was in a downward physical spiral after the epic soul-searching and eventual resignation of a few weeks earlier, and the pardon granted by now-President Ford earlier in the week. Reports claimed he was in bad shape mentally and had lost touch with reality, although family members quickly dismissed it, saying his problems were purely physical. Nixon’s personal Physician stoked the speculation embers further by saying the former President told him that, once he entered a hospital, he would never leave it alive. And who to believe. . . .

The Nixon pardon was the object of considerable controversy on Capitol Hill. With Senators divided over whether or not the Pardon of Nixon would also mean the Pardon of the rest of the Watergate figures. Some said it was mockery of the justice system in the U.S. if criminal activity such as what happened during Watergate would go unpunished. The controversy forced the Ford White House to backpedal additional plans.

And in Boston – the school system was the target. The busing of black students to predominantly White schools and white students to predominantly Black schools brought a wave of protest and violence as white parents refused to obey a busing order. Gangs of White youth, mostly from neighborhoods in South Boston, went on a rampage of stonings and beatings. The violence prompted a response from School officials, who said it was an isolated incident. But many Black leaders, including the NAACP were asking the government to provide Federal Marshals or even National Guard, to maintain peace. By the end of the week it was best described as tense.

Elsewhere in the world – a military coup toppled the Monarchy of 82 year-old Haile Selassie of Ethiopia. Selassie was the last Monarch in the world and the military overthrow installed Selassie’s oldest son as the head of a provisional government.

And the end of colonial rule by Portugal in the african nation of Mozambique had many nervous over the future. The Black majority changeover prompted riots and violent demonstrations in the Capitol by minority White residents, who also seized control of the radio stations there. Troops were eventually called in to quell the disturbances.

And all this upbeat news had its affect on the Stock Market – doing what it does best in times like this; falling. If the human side of the news was having its downturn moments, it was surely impacting on how the rest of the world was doing financially.

The end of a nervous week, in a continuation of nervous times, 40 years ago. All as reported by CBS News and their World This Week for the week ending September 12, 1974.

I don’t think these appeals are having much effect on most of you. The ones it has, have responded wonderfully. But it’s the majority of you out there who are looking at these posts, downloading the audio and quietly not copping to the fact that you’re not chipping in. I know a lot of you are broke – chipping in $25.00 or buying food is a no-brainer. But it’s ones who can afford it – the ones who don’t think twice dropping $7.00 on Starbucks or $20.00 for movie tickets – you’re the ones who can help, but maybe you don’t need the TAX WRITE-OFF and the Tax Deductible Contribution doesn’t mean very much to you. I don’t know what to tell you – other than we need your support. If we’re going to continue this project and keep Past Daily up and running, we need to hear from all of you. I’m not asking a lot – we’re just passing the hat for what ever nickels, dimes and quarters you feel like tossing in we would be grateful to receive. Not only would it mean you care, it also means you’re reading and listening to this stuff and that we’re not operating in a vacuum. So please – while there’s still time – the Fundraiser ends on a few days – click on the headline right below our Piano Playing Mascot and make your voice heard – be part of the solution and help preserve history. We really need you and we desperately need your support.