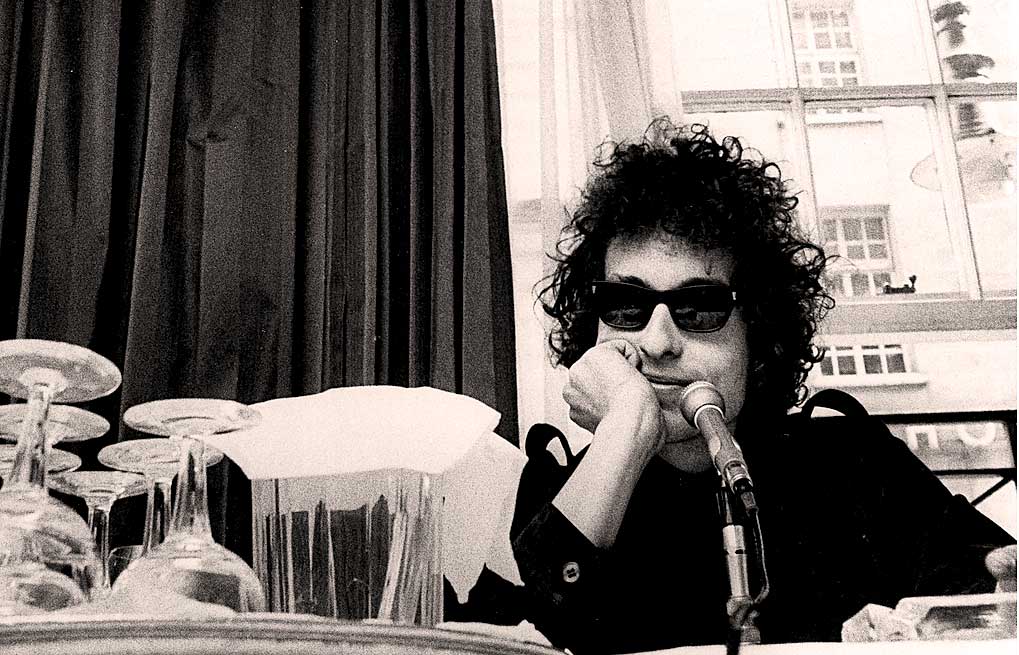 Purveyor of The Perfect Storm.

Purveyor of The Perfect Storm.

Pivotal year, 1965. After the initial wave of bands from Britain had flooded the U.S., and as America jolted itself out of the musical doldrums, the next phase; the “what-do-we-do-now” portion of the program began. As Popular Music started its journey of assimilating, borrowing, deconstructing and experimenting, the field became wide-open. Musical styles were changing and evolving and doing it quickly.

Folk Music was not immune to the transformation. Earlier in 1965 Bob Dylan added an electric band to his fifth album Bringing It All Back Home. By July of that year he stunned the audience at the Newport Folk Festival by going electric. Amid the storm of controversy the signs were there – Popular Music was getting a jolt of growth hormones and nothing was going to stop it.

But just before that – literally two months before the Newport transformation, Bob Dylan had embarked on a European tour, playing at the Free Trade Hall in Manchester in England, on May 7, 1965.

To fans and purists, you already have this concert – and most likely have had it for a number of years. But if you’re new to Dylan and are interested in that transformational period – this concert puts it somewhere right at the edge and puts you in the witness chair.

Fortunately for everyone, the concert sounds great. One of the problems you often run in to with pivotal and historic moments is that they sometimes sound awful and lead you to remark “I guess you had to be there”. The recording of this concert, done presumably by the mixer at the time, is a great example of an iconic musician in the midst of change.

Turn it up and give it a listen.

Okay everybody – we’re coming up to our last 2 weeks of our Fundraiser and we’re going to make complete pains in the ass out of ourselves because we need your help. We need your TAX DEDUCTIBLE CONTRIBUTION to help is continue doing what we do so you can enjoy history and learn a thing or two in the process. In association with Indiegogo, Past Daily along with The Gordon Skene Sound Collection (which supplies 90% of the sounds you hear) have been passing the hat, begging your pledges and contributions with the hope you may be enjoying what you’re hearing, and maybe even telling your friends. A lot of you have kicked in and have stepped up to the plate magnificently. But a lot of you haven’t – and it makes me wonder if any of this is important to you or not. If it is, please make your support known by kicking in, even a tiny amount, so we can continue sharing all our history with you. Please click on the headline just below our Piano Playing Mascot and make your pledge this weekend. Please?