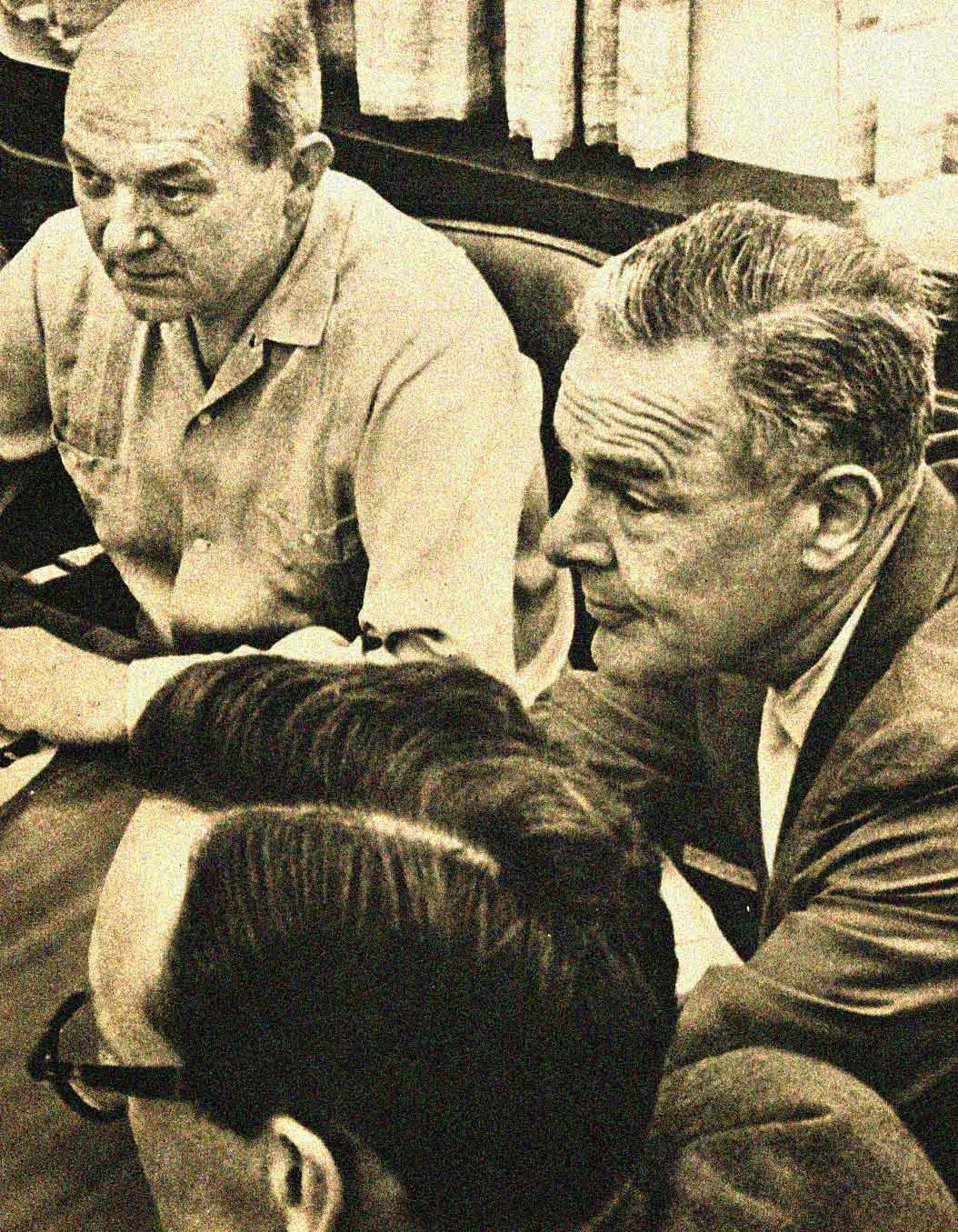 Peering Down The Rabbit Hole – Secretary Of State Dean Rusk On Vietnam – September 15, 1963

Dean Rusk w/future Ambassador to Vietnam Henry Cabot Lodge. Signs this wasn’t going to be easy and that it could have been prevented.

Even in 1963, there were questions being asked over our increasing involvement in the affairs of South Vietnam. Earlier in the day, on this September 15th in 1963, Senator Kenneth Keating called for Congressional Hearings on the situation in Vietnam and what was our intention for being there. On this episode of the ABC News program Issues & Answers broadcast on September 15, 1963, Secretary of State Dean Rusk is asked about what our intentions are and was it such a good idea to commit troops.

The concept of a Domino Theory had been bandied about Capitol Hill for some time. President Kennedy had mentioned it on a few occasions. The theory that, if one country went to Communism, the surrounding countries in that region would eventually follow suit. We were, in fact deep in a Cold War and our seemingly endless crusade against the continued rise of Communism put us in some precarious positions – one of those was South Vietnam. But the notion of the validity of such a theory was also being brought up. Was the situation with China, for example, a matter of the U.S. supporting a corrupt and incompetent government lead by Generalisimo Chiaing Kai-Shek, against the wishes of the majority of the people? The same held true with Vietnam. Clearly, the South Vietnamese government was already known at the time to be inept and corrupt – and yet the U.S. was supporting it. Was it really a case of the U.S. always backing the wrong guy? So rather than worry about the Domino theory, wasn’t it really just a case of backing up a regime who was out of touch with its own people?

Rusk disagreed, saying if it wasn’t for China none of this would be happening. He also went on to point out that things would have been different with Vietnam if DeGaulle had been in charge during the years 1949-1954. The division of North and South Vietnam was the result of the French pullout of Vietnam in 1954.

But Rusk employs hindsight in looking at the situation where considering what the majority of the people in Vietnam wanted hadn’t entered into the equation, and it was needed desperately. Clearly, we were heading down a slippery slope with our increased involvement in Vietnam – an involvement that, even in 1963 had many in doubt.

So this interview between Secretary of State Dean Rusk and ABC News correspondent Howard K. Smith is probably more prophetic than illuminative. It was a problem that plagued the U.S. all throughout the conflict in Vietnam. And, come to think of it, has plagued us for many decades since. We just seem to have a knack at going with the wrong guy.

And that was part of the story for this September 15th in 1963 as presented by ABC News Issues and Answers.

Okay – we’re DAYS AWAY FROM ENDING OUR FUNDRAISER. And we DESPERATELY NEED YOUR HELP. We’re passing the hat, asking you to chip in what you can if you believe in having access to history. Your TAX DEDUCTIBLE CONTRIBUTION keeps us up and running and keeps the Archive that supplies all these history clips preserving, restoring and sharing them with you. WE REALLY NEED YOUR SUPPORT AND YOUR CONTRIBUTION IS CRUCIAL RIGHT NOW – DAYS AWAY FROM THE END OF OUR FUNDRAISER. Please click on the headline (Help Preserve History) right below our Piano Playing Mascot and MAKE YOUR CONTRIBUTION BEFORE ITS TOO LATE.