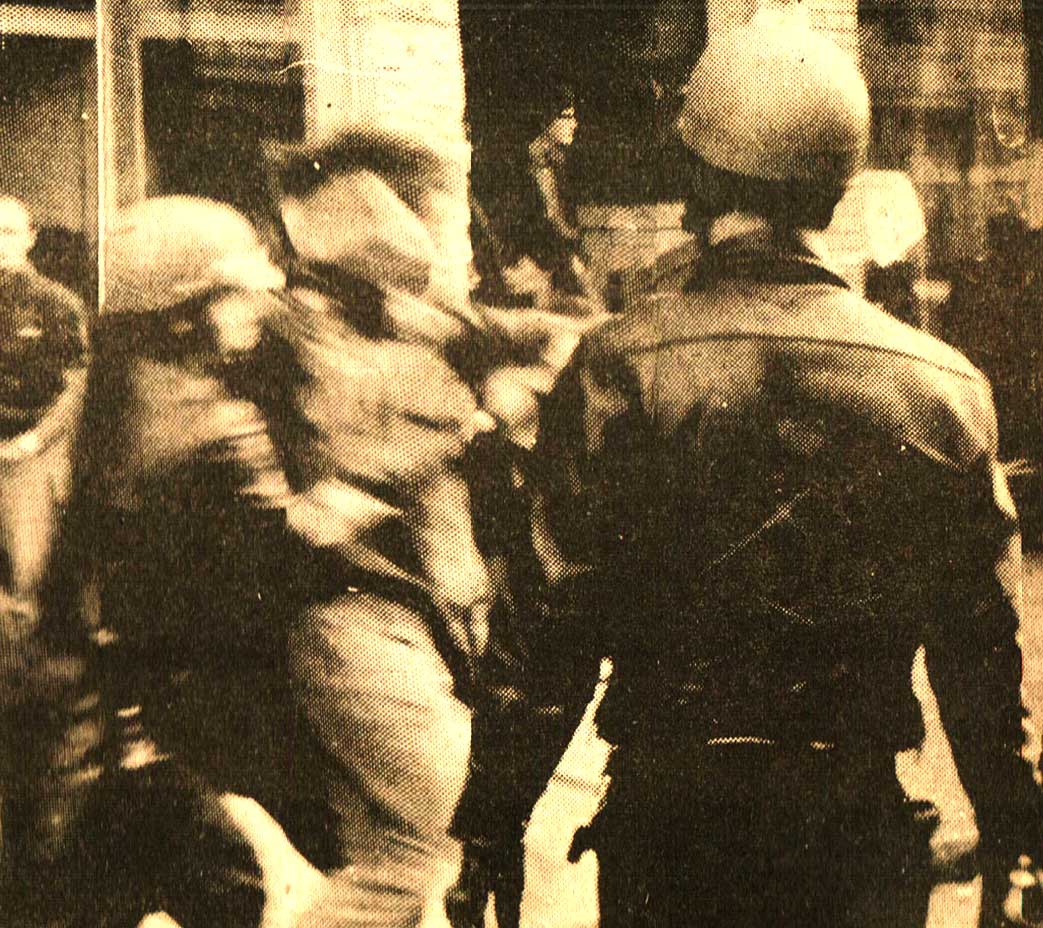 Even quiet, conservative campuses were feeling the urge to throw rocks.

Even quiet, staid, bucolic campuses were feeling the urge to throw rocks.

A season of raging discontent, this September 16th in 1970.

Anti-War protests on college campuses were spreading everywhere, even to seemingly quiet placid ones. The eruptions which turned deadly in the Spring were returning with renewed force – and being met with stiffer force.

The wave of campus violence prompted President Nixon to address the issue at a speech given at Kansas State University earlier in the day, amid heckling by some 50 students. But it did little to stem the tide of what was becoming all-out opposition to the Vietnam War. And the new college year was only beginning.

But the violence and strife wasn’t the exclusive property of American colleges. The Middle East was having its fair share. Violence had gripped Jordan in what could best be described as a Civil War, as government forces were battling Palestinian guerillas. Fighting was taking place in the capitol of Aman where Palestinians were calling for the overthrow of King Hussein. Earlier the previous day, Hussein installed a new government which imposed Military rule over Jordan and threatened to crush the Palestinian insurgence. Iraq and Syria pledged support of the Palestinians, with Baghdad Radio saying Iraq had puts its troops at Yasser Arafat‘s disposal. Half the population of Jordan was made up of former Palestinians, many of whom were living in refugee camps along the Israeli border. Sitting in the middle of all this was a question of the fate of 54 airline hostages, some 36 were Americans and the majority of those were Jews. No word on whether negotiations were going on or what was becoming of them.

Meanwhile, Israeli Prime Minister Golda Meir was slated to visit with President Nixon in Washington to discuss U.S. allegations of Israeli violations of a ceasefire agreement with Egypt. Reports claimed an Israeli reconnaissance jet had flown over Egyptian territory in response to intelligence reports the Egyptians were moving SAM-3 Missiles into the Canal Truce zone.

In less violent, but no less contentious news – bargaining was on hold for another week in the ongoing General Motors-UAW strike, despite the fact there were no ideological problems. UAW Spokesman Leonard Woodcock said he expected the strike not to continue that much longer. With GM on strike, Ford announced a price increase on their 1971 model cars by $153.00 – it was the biggest increase in five years.

All that, and much more, including interviews with Fred Hechinger of the New York Times regarding the state of campus violence and noted International Lawyer Samuel Pisar, discussing the changes in East-West relations by way of trade, coming on the heels of an announcement that President Nixon was planning on visiting Yugoslavia during his upcoming tour of Europe.

And that’s the way it was for September 16, 1970 as reported over NET’s (pre-PBS) Newsfront Program.

We are LITERALLY DAYS FROM ENDING OUR INDIEGOGO FUNDRAISER. If you haven’t made your TAX DEDUCTIBLE Contribution to keep Past Daily running and The Gordon Skene Sound Collection preserving, restoring and sharing all this history with you, please make that contribution today. We don’t have much time and we’re a ways away from our goal. Chip in what you can, but please chip in – we need to hear from you and we DESPERATELY NEED YOUR SUPPORT! Please click on the Help Preserve History headline just below our Piano Playing Mascot and MAKE YOUR PLEDGE NOW. PLEASE DO IT TODAY BEFORE IT’S TOO LATE.