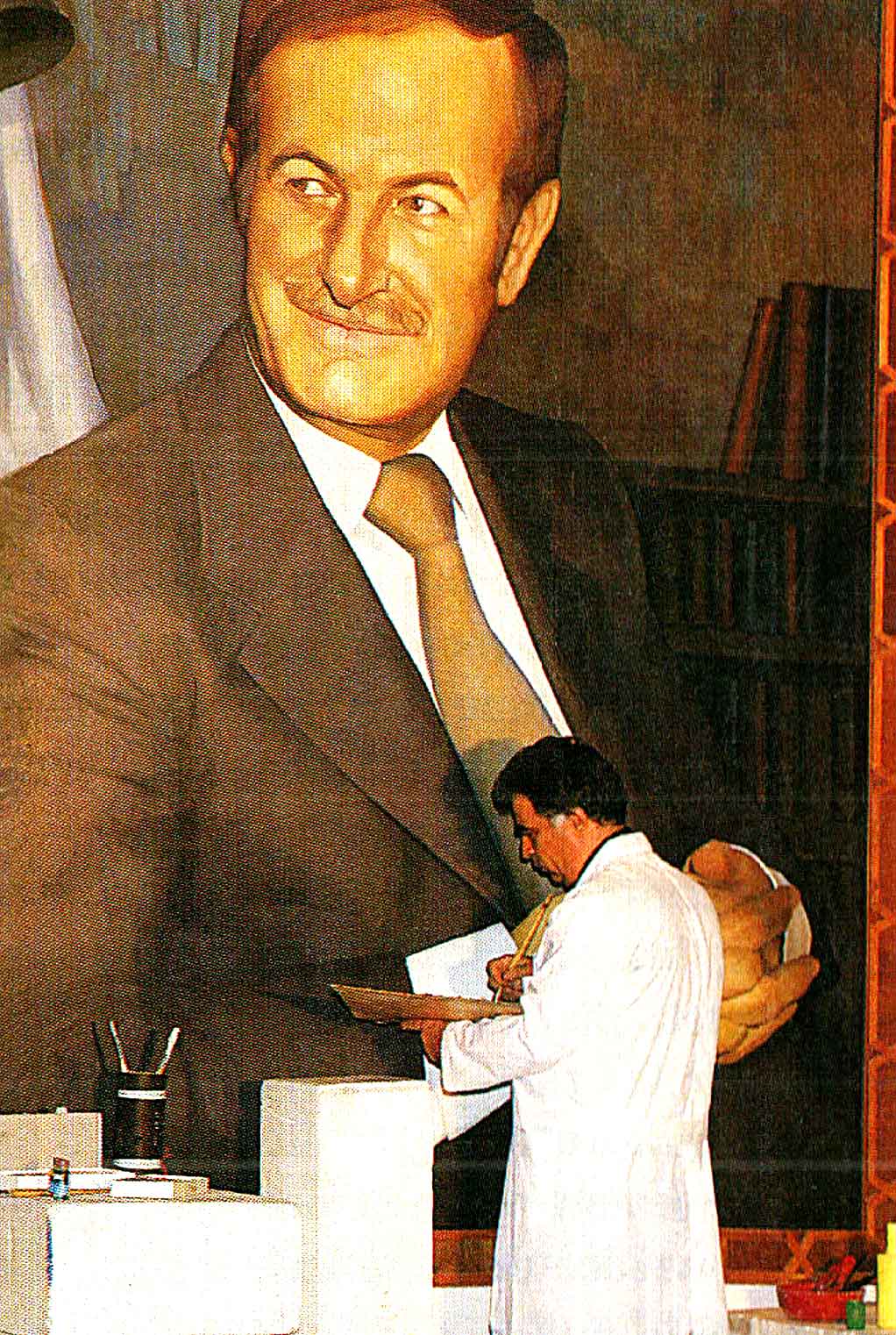 One gets the feeling there has never been a shortage of work for portrait painters in the Middle-East.

One gets the feeling there has never been a shortage of work for portrait painters in the Middle-East.

As part of my ongoing series of interviews with historic Middle East figures of the past and present, here is an interview from the ABC News series Issues & Answers featuring Syrian President Hafez al-Assad (father of the current Assad, running Syria at the moment) from June of 1974.

This interview comes at a time when Syria had just finished signing a historic troop disengagement agreement with Israel which many thought would provide, at least the beginnings of, a peaceful solution to the Middle East crisis.

Whether the treaty stayed in place, or whether this would actually mark the beginnings of a peaceful solution in the Middle East carried no assurances. Whatever shreds of peace were achieved were tenuous at best. With factions vying for power in just about every corner of the region, one tenuous assurance from one regime didn’t mean all would agree, or even any but the signing party would agree.

But Hafez al-Assad in Syria was, like Saddam Hussein in Iraq, the political glue which held a country and its divergent political ideologies together. As time went on, Assad’s enemies grew – particularly in the area of the Muslim Brotherhood, from some 500 in the mid-1970s to well over 30,000 by the end of the 70s. Not to mention the factions from within his own party, and reports of widespread corruption. But – they were all held in check, at least for a time.

It can probably be said that the elder Assad, through skillful political manipulation and good-old treachery, managed to keep the lid on a steadily boiling pot, while his son and successor Bashar (who admittedly has no political background, and wasn’t even the elder Assad’s first choice) does not. But fate clearly had other plans.

But all of that takes place in a future that isn’t happening during this interview. At the time of this Issues and Answers broadcast there was a cautious peace being spoken about – and 1974 only marked a point in time during this seemingly endless odyssey of the Middle East. The story is far from over, but this is one of those pivotal characters in that vast drama. Here is that interview, which took place in Damascus, as it was broadcast on June 9, 1974.

No matter how you feel about it, History is about people and voices and events – and differing points of view. We try to bring all of those to you so you can make your own informed opinion – that’s what Past Daily is all about. We don’t offer spin, we offer facts. If that’s something that appeals to you, then I would URGE YOU TO MAKE YOUR TAX DEDUCTIBLE CONTRIBUTION TODAY OR TOMORROW. We’re coming up on the final days of our Indiegogo/Past Daily/Gordon Skene Sound Collection Fundraiser. We are APPEALING FOR YOUR HELP – WE NEED YOUR SUPPORT – WE CAN’T DO IT WITHOUT YOU! We’re passing the hat and asking you to chip in, whatever amount you feel comfortable with, please contribute something. Please click on the headline (“help preserve History”) right below our Piano Playing Mascot and MAKE YOUR PLEDGE TODAY. WE WON’T BE HOUNDING YOU FOR VERY MUCH LONGER – BUT WE NEED YOU AND WE NEED YOUR SUPPORT.
PLEASE DO WHAT YOU CAN.