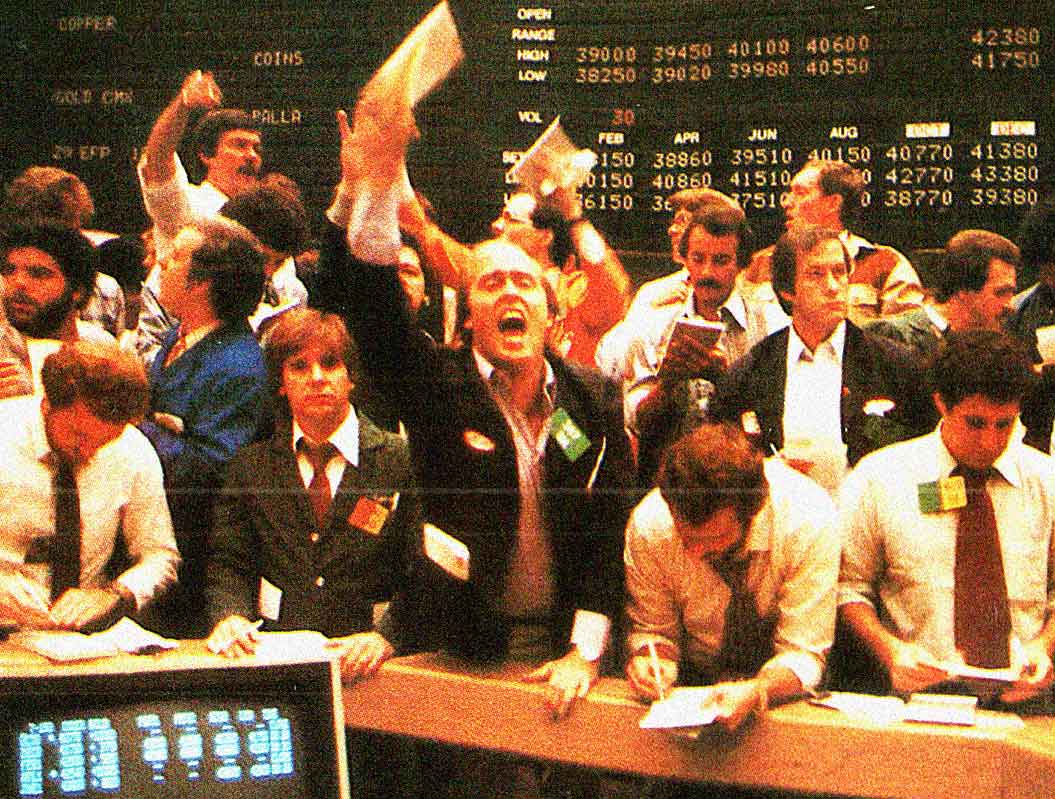 Another day of lunacy on Wall Street.

Another day of frenzy and lunacy on Wall Street.

A day of wild fluctuation and concern, this September 18th in 1979.

Also carrying on was a pessimistic view of the economy, leading many to conclude this recession wasn’t going away anytime soon.

Also, on the pessimistic front – Air Canada was having its fair share of concerns. Part of the tail section of one of its DC-9’s dropped off in mid-flight, forcing an emergency landing in Boston. This incident came on the heels of a disclosure from Air Canada that two of its other DC-9’s were found to have similar defects. All this led the FAA to begin an investigation to find out if this was a widespread problem on DC-9’s or if this was an isolated incident. Records showed that, on at least six other occasions, portions of DC-9 tail-sections had fallen off, but the Air Canada incident was the first time such an accident occurred in mid-flight. Other previous problems with DC-9s led McDonnel-Douglas to issue warnings and repair recommendations. But the recommendation wasn’t made mandatory by the FAA and officials couldn’t say just how many airlines with the faulty DC-9’s had implemented the repairs.

On the ominous front – State Department officials expressed concern over the Israeli cabinet‘s decision to allow citizens to buy land in occupied Arab territory. It was nothing compared to the outrage expressed in Egypt. Further dark clouds looming in the Middle-East.

But the good news came from Detroit on this day, with the Policy Council of the UAW giving overwhelming approval to a contract with General Motors, paving the way for a vote among the rank-and-file later in the week.

And that’s a small portion of what went on this September 18th in 1979 as reported over The World Tonight from CBS Radio.

10 DAYS to go before our Indiegogo/Past Daily/Gordon Skene Sound Collection Fundraiser COMES TO AN END. We haven’t heard from anyone in a few days, and that’s TERRIBLE NEWS. WE NEED YOUR HELP AND WE NEED IT DESPERATELY. We’re passing the hat, pleading with you to chip in order to help us continue giving you all this history at your fingertips. I am asking, begging and PLEADING WITH YOU TO MAKE YOUR TAX DEDUCTIBLE CONTRIBUTION TODAY BEFORE IT’S TOO LATE. WE’RE RUNNING OUT OF TIME AND WE NEED YOUR SUPPORT. PLEASE HELP! Click on the headline below our Piano Playing Mascot and MAKE YOUR PLEDGE TO HELP PRESERVE AND SHARE HISTORY TODAY.