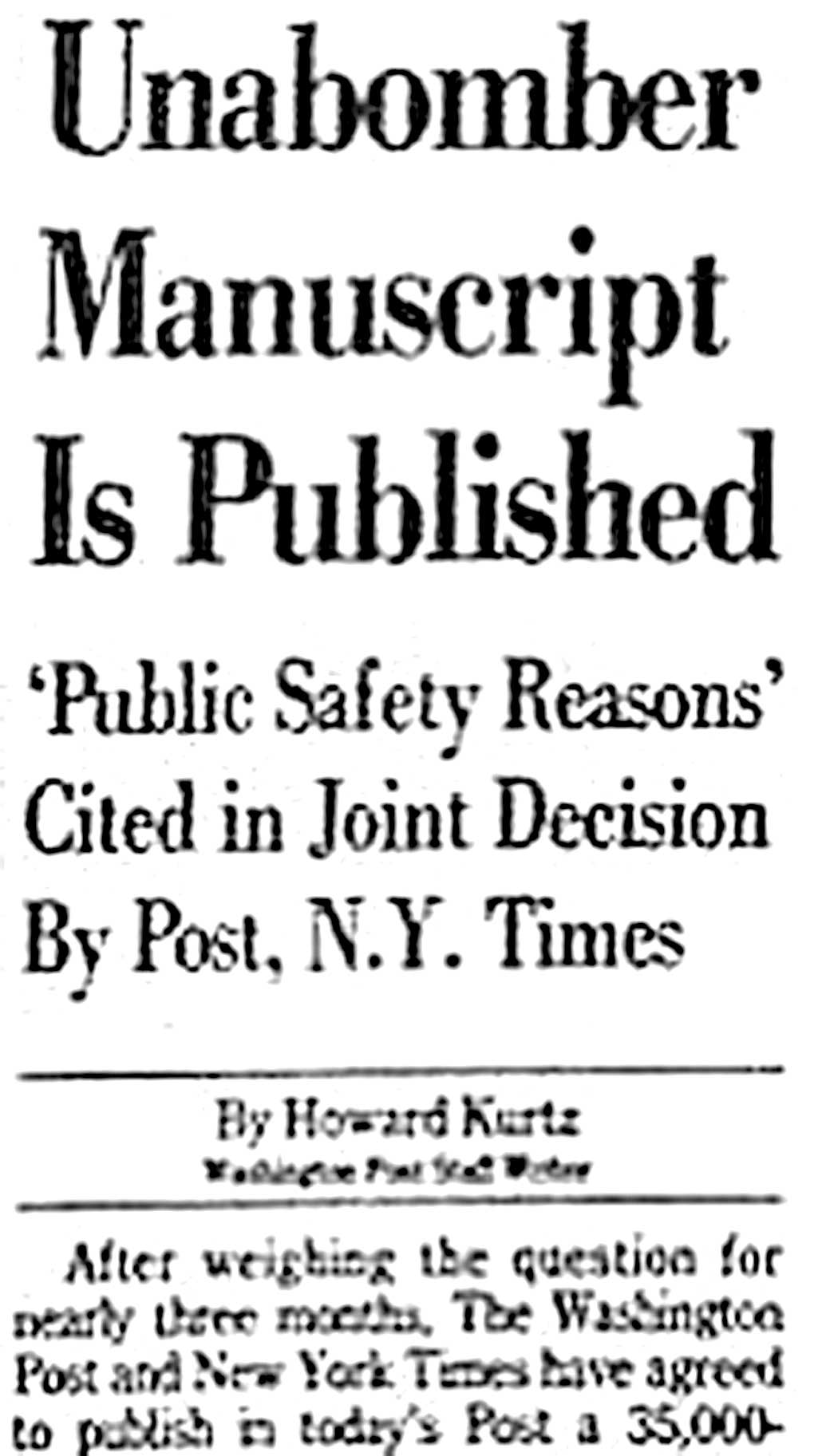 This September 19th in 1995 had a lot to do with still-at-large domestic terrorist The Unabomber and his demand to publish a 35,000 word manifesto before a deadline which promised more letter bombs if it wasn’t.

The Washington Post, along with the New York Times, printed the rambling screed with the blessing of the Justice Department, hoping it would lure the elusive Unabomber out of hiding. Opinions were sharply divided over whether this was a good idea or not. But as of this day, the Unabomber was responsible for killing three people and injuring 23 in the last 17 years with still no clues as to who the bomber was.

Meanwhile, on Capitol Hill – President Clinton had a change of heart, regarding the imposition of higher Medicare Premiums on wealthy recipients, but was still opposed to raising Medicare Premiums on all other recipients. The House Ethics Committee was busy interviewing candidates for an Independent Counsel to investigate House Speaker Newt Gingrich‘s book deal – even though no decision had been made to actually select one. Gingrich was still insisting on innocence. The Senate was also expected to approve a Welfare Reform measure that imposed time limits and work requirements for recipients an d was, by and large, a better bill than the one introduced three weeks earlier. The revised bill added more money than the House version of the bill for Child Care and strips out a provision to prohibit additional cash benefits to women who had more children while being on Welfare.

An Iranian Airliner with 174 passengers was hijacked by one of its own Flight Attendants after takeoff from Tehran and diverted to Jerusalem where the hijacker surrendered and asked for asylum in the U.S.

And fighting around the Serb refugee stronghold of Banja Luka was intensifying and the humanitarian crisis was spiraling out of control with some 90,000 displaced Serbs seeking shelter in the city.

And that’s just a small slice of the reality known as News for this September 19th in 1995, as presented by The CBS World News Roundup.

Give What you can – we’re passing the hat – 9 days left – click on the headline and get a TAX DEDUCTION for your CONTRIBUTION.