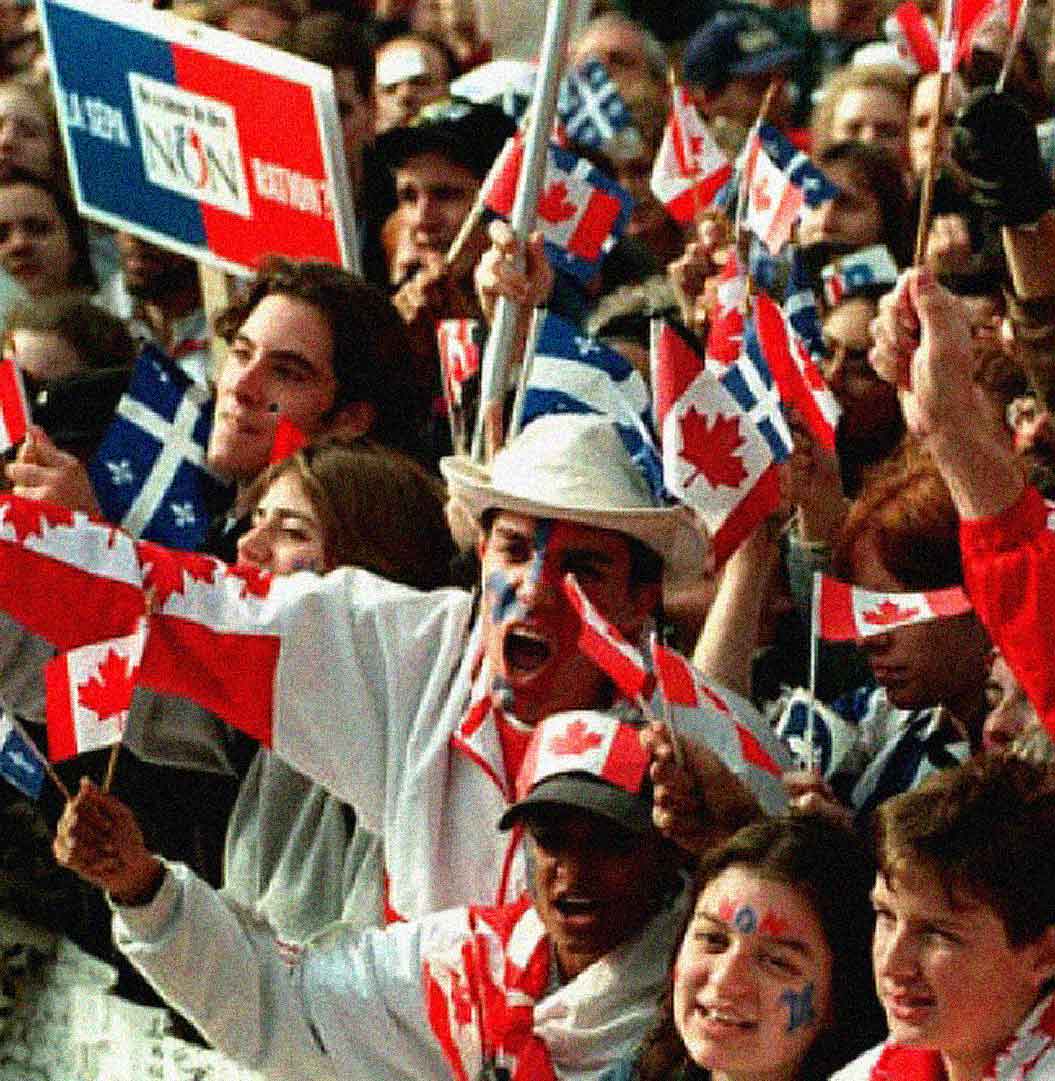 As the results from last nights Referendum over Scotland sink in, as the fog of hangover starts to lift and as the lack of sleep starts to overcome all the stalwarts and diehards – a reminder of a similar referendum, with a similar result which took place in Quebec on October 30th 1995.

A movement had been afoot for decades to separate Quebec from the rest of Canada, to create an independent country, free from association with the other provinces, none of whom spoke the same language they did. Quebec has always been something of a “different entity” when it comes to considering Canada as a whole. Quebec looks different, sounds different and acts different. So many felt, beginning in the 1960s, it was about time they were different.

The first referendum election took place in 1980 with 60% of the Quebec population deciding separation wasn’t such a good idea.

Undaunted, a second referendum took place in 1995 – and this time the margin of defeat was narrowed – 51%. But the defeat was enough to scuttle the idea for a while. Well . . .until the Scottish referendum came along. Now there are grumblings it might be time to start up another Quebec referendum.

The referendum elections have created deep divisions among the population affected by them. And although the Scottish referendum was marked by a level of civility (not to mention the 86% turnout), pretty much unheard of in modern election times, it has given people a lot to think about where fundamental divisions lie.

Like the Quebec referendum, the Scottish referendum left the door open for a repeat performance if the message wasn’t paid attention to. A certain “wait until next time” subtext has prevailed.

But to come back to 1995 – here is a one-hour extract from the Referendum results on the evening of October 30, 1995. Aside from the historic aspect of the election, was also the historic aspect of the broadcast presentation. It was the first example of streaming audio picked up by a broadcast source via the newly unveiled Real Audio Player. Admittedly, it’s pretty crude and sounds like a bad shortwave broadcast. But that only lasts about 18 minutes before it’s switched over to the CBC directly and decent sound prevails.

Sometimes history has its drawbacks. But it’s interesting nonetheless.

We’re coming up on the end of our FUNDRAISER and we’re not hearing from anybody. It’s disappointing to say the least and frustrating based on the amount of time we spend putting these posts up. If you CARE AT ALL ABOUT HISTORY AND WANT TO HELP BE PART OF ITS PRESERVATION AND RESTORATION, please click on the headline below our piano-playing Mascot and MAKE YOUR TAX DEDUCTIBLE CONTRIBUTION TODAY – in 9 days we’ll stop bothering you.