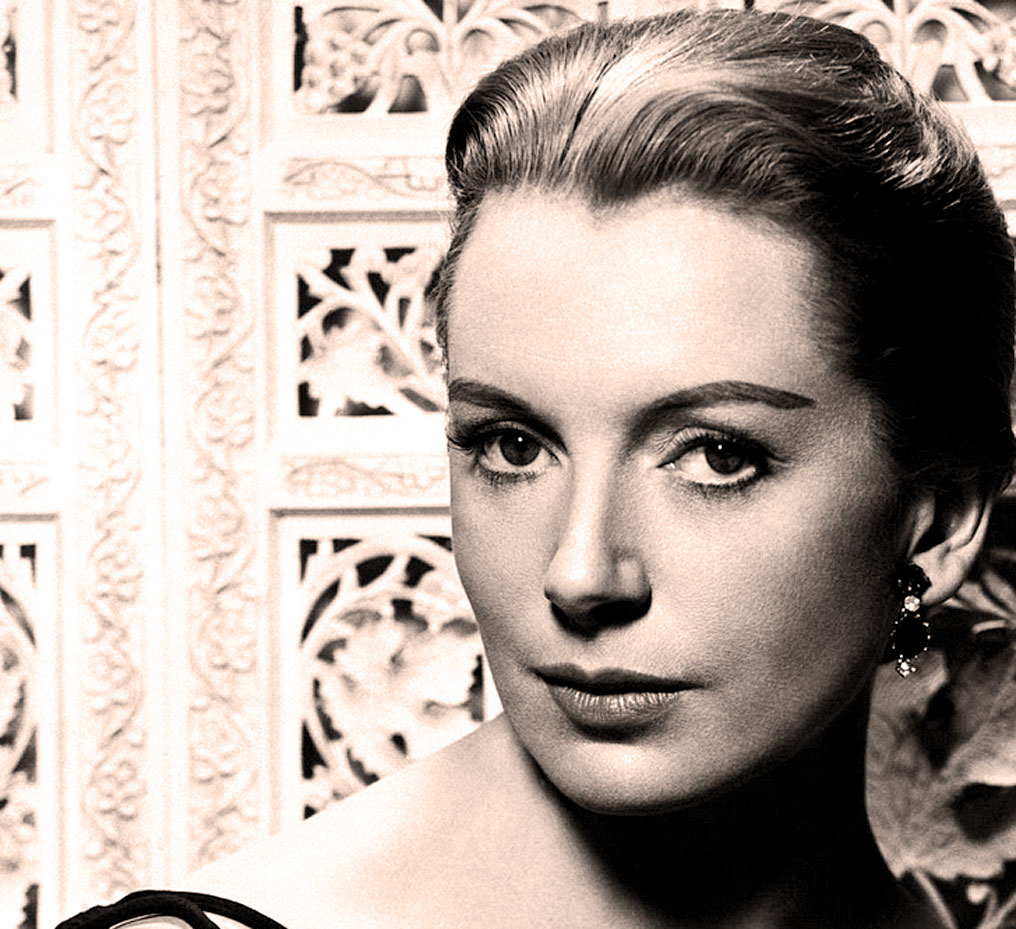 Deborah Kerr - when Hollywood had no shortage of Royalty.

Deborah Kerr – when Hollywood had no shortage of Royalty.

Continuing our occasional series of interviews with Hollywood notables of the past featuring Deborah Kerr, one of the screen’s most enduring legends whose film career spanned almost fifty years and some 55 films and countless Television appearances. She was nominated six times for an Academy Award as well as a three-time winner of Best Actress from the New York Film Critics Circle.  As much as she loved the Theatre, she only appeared on Broadway twice, but did considerable work on the London stage as early as 1937.

This interview, from The Martha Deane Program on WOR in New York, from February 25, 1969, coincides with her finishing work on an upcoming film, The Arrangement which was to be released later in the year. Although it’s not a promotion for the film (which was still being edited), she talks about working on it as well as giving a series of anecdotes on films throughout her career.

A rare interview with one of the great stars of film, whose work is still being discovered and enjoyed by audiences all over the world.

While you’re listening – here’s a reminder that we’re LESS THAN 7 DAYS FROM THE END OF OUR FUNDRAISER – AND WE HAVEN’T HEARD FROM A LOT OF YOU YET. If interviews like this are interesting, and you want to hear more, here’s a great opportunity to make sure tha happens by MAKING YOUR TAX DEDUCTIBLE CONTRIBUTION for whatever amount you can afford, to help keep Past Daily going and The Gordon Skene Sound Collection preserving, restoring and sharing all this history with you. WE CAN’T DO IT WITHOUT YOU. And that’s why we’re APPEALING FOR YOUR SUPPORT. Please consider lending a hand, and making a difference in helping preserve History. You can do it, and with your support and your CONTRIBUTIONS, we’ll breathe a little easier when this is over and we’ll be grateful beyond words for your support and donations. Please click on the headline right below our Piano Playing Mascot and CONTRIBUTE TO HELP PRESERVE HISTORY – DO IT THIS WEEKEND BEFORE WE RUN OUT OF TIME.