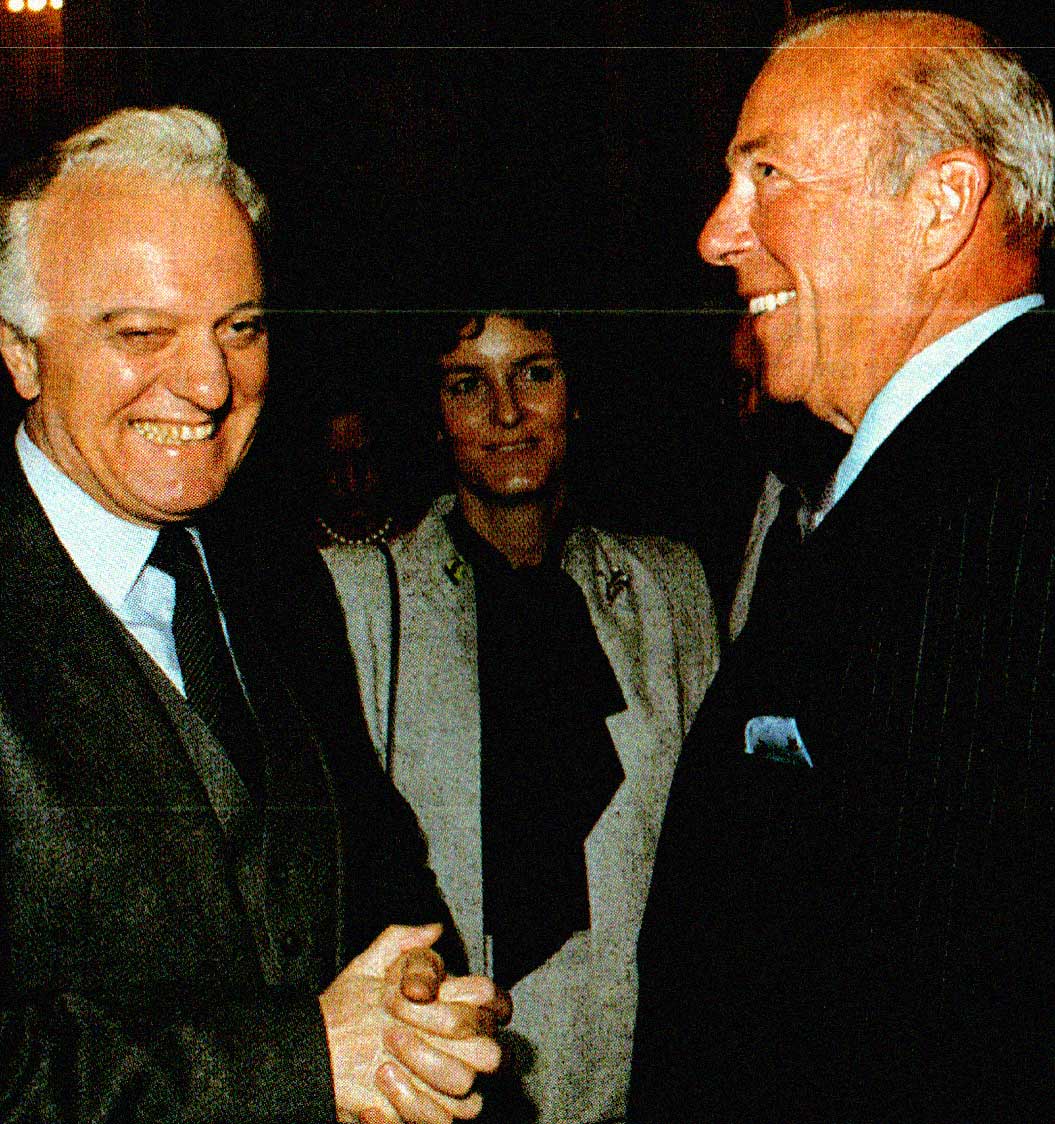 Eduard Shevardnadnze and George Shultz - they knew a secret.

Eduard Shevardnadnze and George Shultz – they knew a secret.

A day of political wrangling, this September 23rd in 1986.

East-West relations going back and forth between frozen and simply cold. Proposals of a possible Summit between Soviet leader Gobachev and President Reagan. The latest flap over the detention of American reporter Nicholas Daniloff brought about secret negotiations and discussions between Soviet Foreign Minister Eduard Shevardnadze and Secretary of State George Shultz. The 40 minute talks produced grins and hints, but no actual developments. It appeared the proposed talks between Reagan and Gorbachev hinged on the outcome of the Daniloff matter. According to the White House, no summit would take place unless the Daniloff situation was resolved.

Meanwhile, President Reagan was threatening to veto a House version of a Defense Spending package which Reagan characterized as a “backdoor to a nuclear freeze”, saying it would pull the rug out from Arms negotiators meeting in Geneva. The House Bill would cut spending on the Strategic Defense Initiative and also proposed a ban on testing of anti-satellite weapons. He went on to say the Soviet call for a total nuclear test ban as propaganda.

The Beirut Marines Barracks Bombing of 1983 was the subject of a scathing rebuke of the Pentagon. The report by a former Pentagon official laid blame on top Pentagon officials who knew there was a planned attack on the Marine barracks, but did nothing to stop it. The report said officials knew the Marine headquarters was vulnerable to attack and calls for beefing up security were ignored. The attack in 1983 claimed 284 Marines and the report recommended disciplinary action against the Officers involved. But the potential scandal was immediately quieted down when President Reagan accepted full responsibility.

The impeachment trial of Federal Judge Harry Claiborne continued with Claiborne taking his fight of impeachment to a Senate panel on Capitol Hill this day. The emotional appeal came from Claiborne, who asked for acquittal based on gross errors of his Income Tax preparers. The former Judge was serving a two year prison term for Income Tax evasion.

And Philippines President Corazon Aquino was winding up a 9-day U.S. tour with a rally in San Francisco by telling the crowd she wasn’t daunted by the many problems facing her country in the midst of scandals, assassinations and attempted overthrows.

And that’s a small chunk of life on Planet Earth, for this September 23rd in 1986 as presented by The World Tonight from CBS News.

5 DAYS TO GO BEFORE OUR INDIEGOGO FUNDRAISER IS OVER. WE NEED YOUR HELP AND WE NEED YOUR TAX DEDUCTIBLE CONTRIBUTION BEFORE ITS TOO LATE. So many of you have contributed the last day, but we need to hear from more of you. PLEASE – CLICK ON THE HEADLINE JUST BELOW OUR PIANO-PLAYING MASCOT AND MAKE A CONTRIBUTION – THE COST OF A BEER OR A CUP OF COFFEE IS WHAT WE NEED – BUT WE NEED TO HEAR FROM YOU TODAY. DON’T LET US DOWN AND HELP PRESERVE HISTORY!