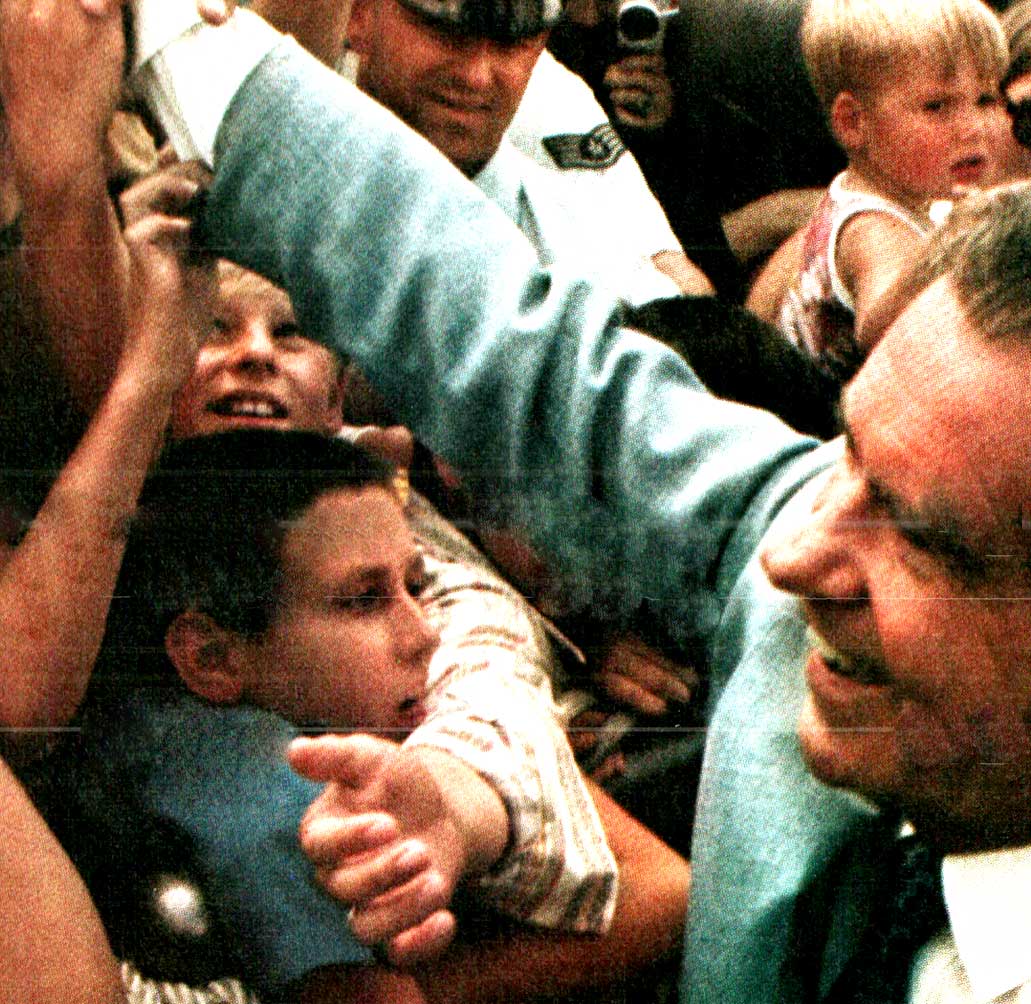 With weeks to go before America went to the polls, the 1972 Presidential campaign was in fever-pitch. And to go with the break-neck schedule of cross-country stops; popularity polls, spin and punditry spread over the media like a coat of varnish, turning every utterance into a last word.

And so the Sunday talk shows were wall-to-wall electioneering and speculating the outcome over whether it would be continued Nixon White House or a McGovern one.

On this episode of ABC News’ Issues and Answers from September 24, 1972, the program was devoted to which issues would determine the outcome of the election. Answering and speculating were Senator Robert Dole (R-Kansas) and Democratic Strategist Lawrence O’Brien. High on the list of questions had to do with the recent break-in at the Democratic Headquarters in Washington – or The Watergate Scandal as it had come to be known. In September there was still not much traction on the story and many were wondering if this would wind up being The October Surprise many in the Republican Party had feared. But Dole was confident the break-in was a non-story and that it would be all over, come November. O’Brien chimed in that even though he was surprised there was so little outrage over the break-in, it seemed in all likelihood to be just the kind of activity voters expected to have happen in the course of an election. Maybe in 1972 we were just a little more cynical than we imagined – or we were somehow convinced this was something a President would never do.

In any event, it’s a fascinating discussion over an election and a potential scandal which would eventually topple a Presidency. At the time, it was the farthest thing from our minds – and perhaps as time wore on, it became more horrifying as the truth came out.

But that was the future which hadn’t arrived yet. On this episode of Issues and Answers from September 24, 1972, it was all about the issues.

Candidate George McGovern – pressing the flesh amid the Pastrami.

3 DAYS LEFT! 3 DAYS BEFORE OUR INDIEGOGO PAST DAILY/GORDON SKENE SOUND COLLECTION FUNDRAISER ENDS. We really need your support and we desperately need your TAX DEDUCTIBLE CONTRIBUTION in order to keep us going and to keep the Archive preserving and sharing the thousands of hours of audio Past Daily is all about. For the price of a cup of coffee or a beer, you can support something you can get most other places. We don’t load a bunch of junk on our pages – you don’t get click-bait and you don’t get come-ons. What you get is history as it happened from the people who made that history. And you get Pop Culture and Sounds and voices of people who have made differences in our lives. It’s all here – and NOWHERE ELSE! YOU CAN’T FIND A SITE LIKE PAST DAILY ANYWHERE ELSE ON THE INTERNET! And because we’re unique, we need your support and we need it OVER THE NEXT 3 DAYS. PLEASE – CLICK ON THE HEADLINE JUST BELOW OUR PIANO-PLAYING MASCOT AND MAKE YOUR PLEDGE TO KEEP THIS UNIQUE SITE UP AND RUNNING. Help preserve history. CONTRIBUTE TODAY.