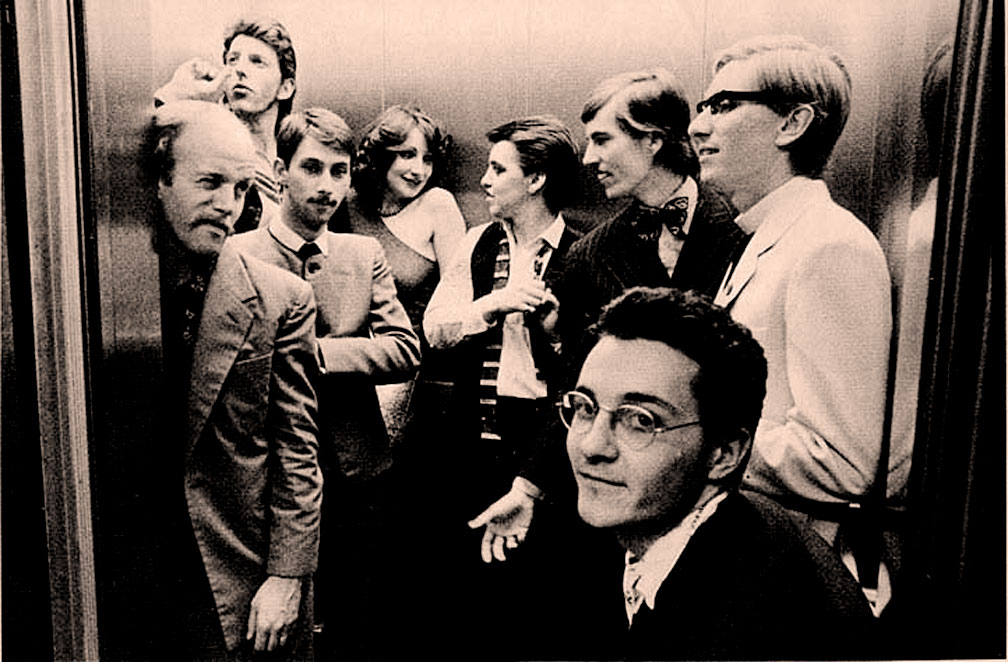 Quintessential Art Rock at a time when Art Rock was a rarity.

Deaf School – In Concert – 1976 – Nights At The Roundtable: Concert Edition

Quintessential Art Rock at a time when Art Rock was a rarity.

Deaf School were an Art Rock band in the early-mid 1970s when Rock in general was in a period of transition. A competent and talented band, they didn’t quite catch on in the U.S., despite a lot of promotion via their US Label Warner Brothers. When their debut album came out it got lost in the shuffle and failed to make much dent in the U.S. market. and subsequently splintered in other directions by 1978.

By that time New Wave was coming into mass popularity and some of the members went off to success via solo pursuits. Most notably, Bette Brite, one of the singers in the band, went off to a successful career with her own band The Illuminations and had several hits. Deaf School Guitarist Clive Langer went on to a huge career as producer, working with such notables as Madness and Dexys Midnight Runners.

But as much as Deaf School failed to click with audiences at the time, they went on to become very influential among up-and-coming bands and musicians after them.

So perhaps they were a little ahead of the curve.

Strange mix and a pretty noisy tape to begin with – but listenable and an important document of a band whose work made a huge impression on their peers – and after all, that’s what counts.

You’ve had the pitches and the appeals and the begging – you know we’re less than 24 hours away from the end of our Indiegogo fundraiser to help save history and help us keep preserving it. You know to click on the headline just below our Piano-Playing Mascot. SO PLEASE MAKE YOUR TAX DEDUCTIBLE CONTRIBUTION BEFORE IT’S TOO LATE! WE NEED YOUR SUPPORT – WE NEED TO HEAR FROM YOU – WE NEED YOUR PLEDGE TO HELP US MAKE OUR GOAL.