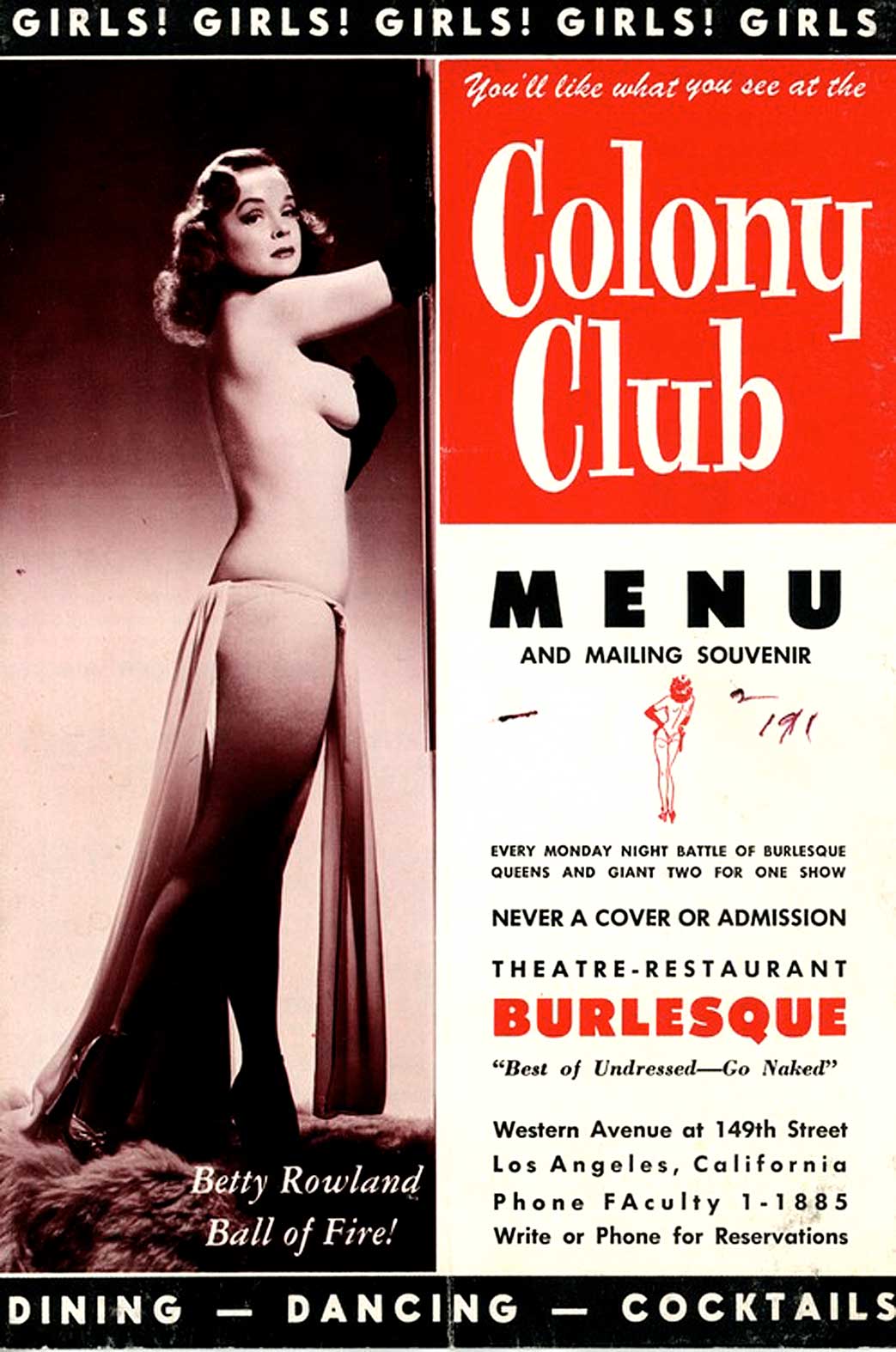 A slice of local Los Angeles history this weekend. Art Laboe was a regular fixture on the Los Angeles scene ever since he first went on the air in 1949. Hosting a nightly (or early morning) live show from Scrivner’s, a local drive-in where he interviewed patrons, teens and passersby while playing records, Laboe became enormously popular in Southern California.

This show, a portion from June of 1951 when he was doing a stint at Pasadena radio station KXLA (the forerunner to KRLA). It takes place outside another famous Los Angeles landmark – The Colony Club, one of the more popular Burlesque clubs in the L.A. area. In trademark Art Laboe fashion, he interviews people around the club while running the occasional hit record of the day.

And here’s a sample of what he did every night for decades. You also get a chance to hear the rarely played “Mama Will Bark” duet with Frank Sinatra and Dagmar about 20 minutes in.

Just a slice of what late night Los Angeles was up to in June of 1951. The Colony Club has long since been torn down, as have most of the clubs in the area. KXLA went on to become the top-40 powerhouse KRLA. Art Laboe became a fixture in Rock n’ Roll history in Los Angeles and went from station to station throughout the 1960s and 1970s. He became the founder of a record label that issued oldies, and became the guy who kept the early days of Rock n’Roll alive – even though it had changed and evolved in a lot of different directions since the 1950s. Art Laboe was dependable and he was Doo-Wop’s go-to guy.