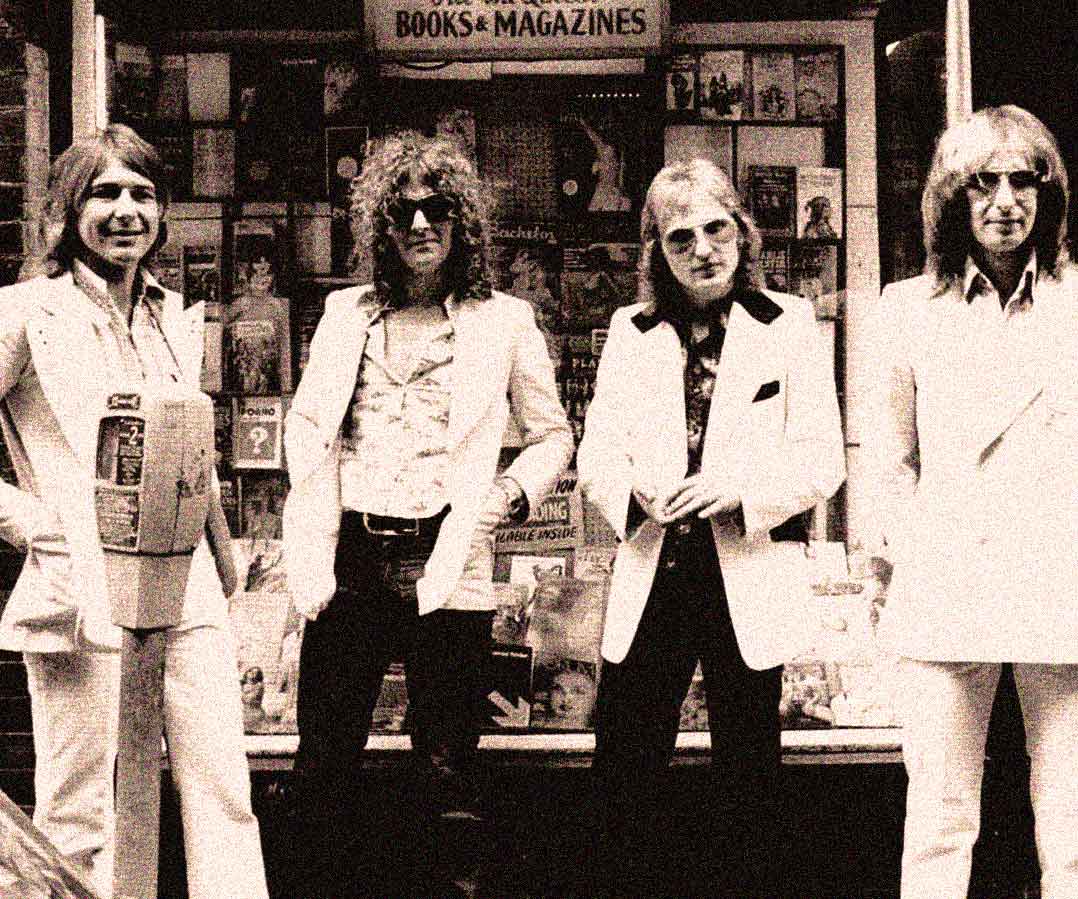 Mott the Hoople – Glam landed in L.A. (missing from the photo is Ariel Bender and Mick Ralphs (L) wasn’t in the band by then).

Classic 70s this weekend – Mott The Hoople live at the Santa Monica Civic Auditorium, broadcast live by KMET-FM in L.A. on April 12, 1974.

Mott the Hoople had been around for a while; one of the earliest signings of the then-fledgling Island Records in the UK. They were initially a hard-rock band with a good following in the UK, but not so much in the U.S. where they were licensed to Atlantic – it really wasn’t until their label change to Columbia (now-Sony) and their association with David Bowie and All The Young Dudes where the band took off and their fortunes changed dramatically.

In 1974, Mott the Hoople toured America with Ariel Bender playing lead guitar. In one of Bender’s earliest performances with the band they played the Masonic Temple in Detroit on 12 October 1973 with a young Aerosmith opening the show. They were primarily supported on the ’74 tour by the band Queen. This tour later provided the inspiration for Queen’s 1975 single “Now I’m Here”, which contains the lyrics “Down in the city, just Hoople and me.” The song became a live favorite of Queen fans and reached No. 11 in the UK Singles Chart. The tour resulted in a lifelong friendship between the two bands, with Ian Hunter, Mick Ronson and David Bowie performing “All the Young Dudes” at the Freddie Mercury Tribute Concert in 1992. Morgan Fisher went on to play piano on Queen’s ‘Hot Space’ tour in 1982, and Brian May, Freddie Mercury and Roger Taylor performed backing vocals on the Ian Hunter solo song, “You Nearly Did Me In”. May would later cover Mott’s “All the Way from Memphis” on his solo album, Another World, with Hunter making a guest appearance. Mott the Hoople are name-checked on two other hit singles. Reunion’s 1974 single “Life Is a Rock (But the Radio Rolled Me)” begins with the lyrics ‘B Bumble and the Stingers, Mott the Hoople, Ray Charles Singers…’.; and R.E.M.’s “Man on the Moon” begins with ‘Mott the Hoople and the Game of Life, yeah, yeah, yeah, yeah…’

1974 began a series of tours which firmly established the band’s reputation in the U.S. and it’s during one of those tours that Columbia Records hooked up with the then-powerhouse FM station KMET in Los Angeles to broadcast the show.

A great concert, marred by only one thing; Ian Hunter‘s voice was pretty shot from exhaustion by this time and he struggles on occasion to hit notes. But it’s one of those concerts which put Mott The Hoople on the map as far as the rest of the world was concerned – and despite laryngitis, it’s a milestone. And I remember it very well.