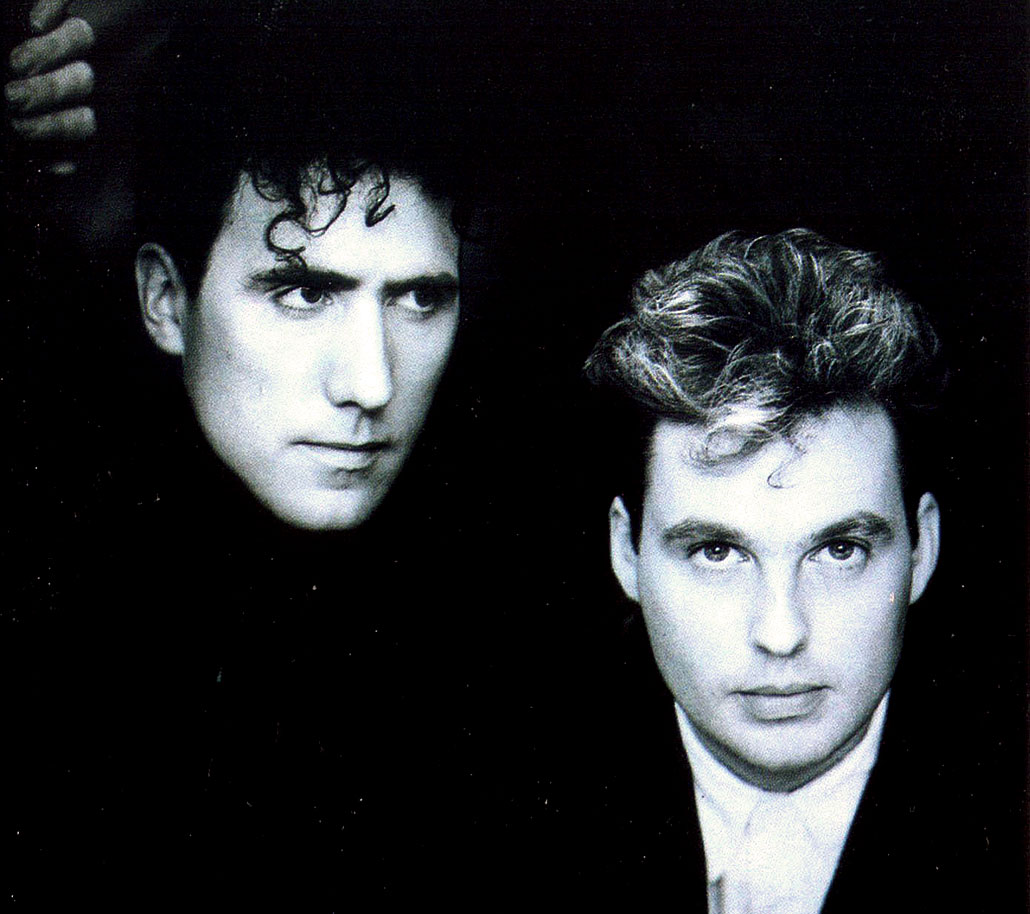 OMD - Ushered in Synth-rock - laid the groundwork for Techno - hailed as a milestone New Wave.

Orchestra Maneuvers In The Dark – In Session – Nights At The Roundtable: Session Edition

OMD – Ushered in Synth-rock – laid the groundwork for Techno – hailed as a New Wave milestone.

Orchestral Maneuvers In The Dark (OMD) were initially lumped into the New Wave genre, but they were up to something else. As Synth-Rock was morphing into New Wave, OMD were laying the groundwork for what would eventually become another genre; Techno.

You have to put yourself somewhere between 1979 and 1983 to get an idea just how revolutionary OMD were. Where a number of bands, who had leaned heavily on synthesizers (i.e. Ultravox) to create vast sonic landscapes, OMD were busily stripping it down to the basics – and not doing anything to make it sound anything other than what it really was – electronic music, plain and simple – but with a beat. And even the beat was synthesized.

So OMD were hugely popular from their first hit, Enola Gay – and went on to produce such classics as Joan Of Arc and If You Leave, which was featured in the John Hughes film Pretty In Pink.

Shifting away from deconstructing electronic music into more Synth-pop, OMD subsequently became much more commercial and much more successful. However, towards the end of the 80’s, interest was starting to wane with synthesizers in favor of a back-to-basics with Rock and with the coming of Madchester and Grunge, OMD hung on as long as possible before calling it quits in 1996.

However, the band came roaring back in 2006 and have been performing and recording ever since.

Tonight it’s the early stuff – the pre-synthpop for John Peel, including their freshman hit Enola Gay to trigger a few memories in case you forgot.