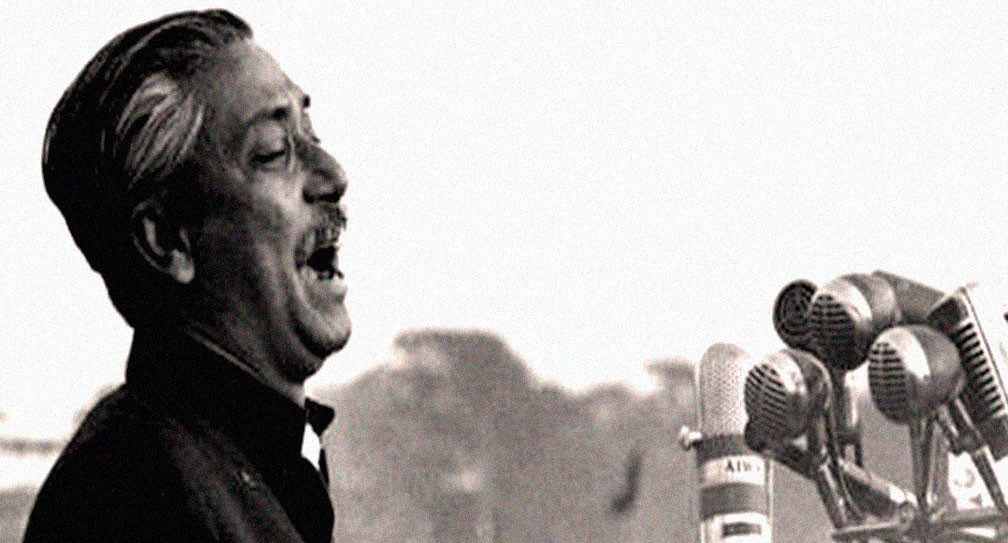 Sheikh Mujibur Rahman - One of the leading figures in Pakistan politics in the 1970s.

Sheikh Mujibur Rahman – One of the leading figures in Bangladesh politics in the 1970s and one of its most notorious.

Keeping track of the dizzying number of prominent names and events in Middle Eastern and Asian Politics is a feat in itself. Unless you were paying a lot of attention to the political goings on in Pakistan, India and Kashmir during the late 1960s and early 1970s, most Americans nowadays would have no idea who Sheikh Mujibur Rahman was or what role he played during the early days of the establishment of Bangladesh, formerly East Pakistan. Sheikh Mujibur Rahman was the first President of Bangladhesh during the Bangladesh war for Independence. He became the second Prime Minister of Bangladesh in 1972 and remained in office until his assassination in 1975.

In this interview, one of the rare ones he gave in the U.S., he’s interviewed by NBC Newsman Edwin Newman for the program Speaking Freely, where he discusses with Newman the current political climate in the region and what has been transpiring with Bangladesh, in the midst of a series of wide-ranging crises the fledging nation had to deal with as well as the great Famine that overtook Bangladesh in March of 1974.

The occasion for Sheikh Mujib’s visit was to address the United Nations in the hope of achieving admission as a voting member. Shortly after this interview he established sweeping changes which resulted in the banning of other political parties and the forced shutting of all but government sanctioned newspapers. The virtual dictatorship lasted until August of 1975 when Sheikh Mujibur was assassinated by a group of junior Army officers who in turn staged a coup and overthrew his government.

Turbulent times and a fledgling nation, but indicative of a turbulent region where a lot of instability has taken place.

Here is that complete interview with Sheikh Mujibur Rahman from September 28, 1974.