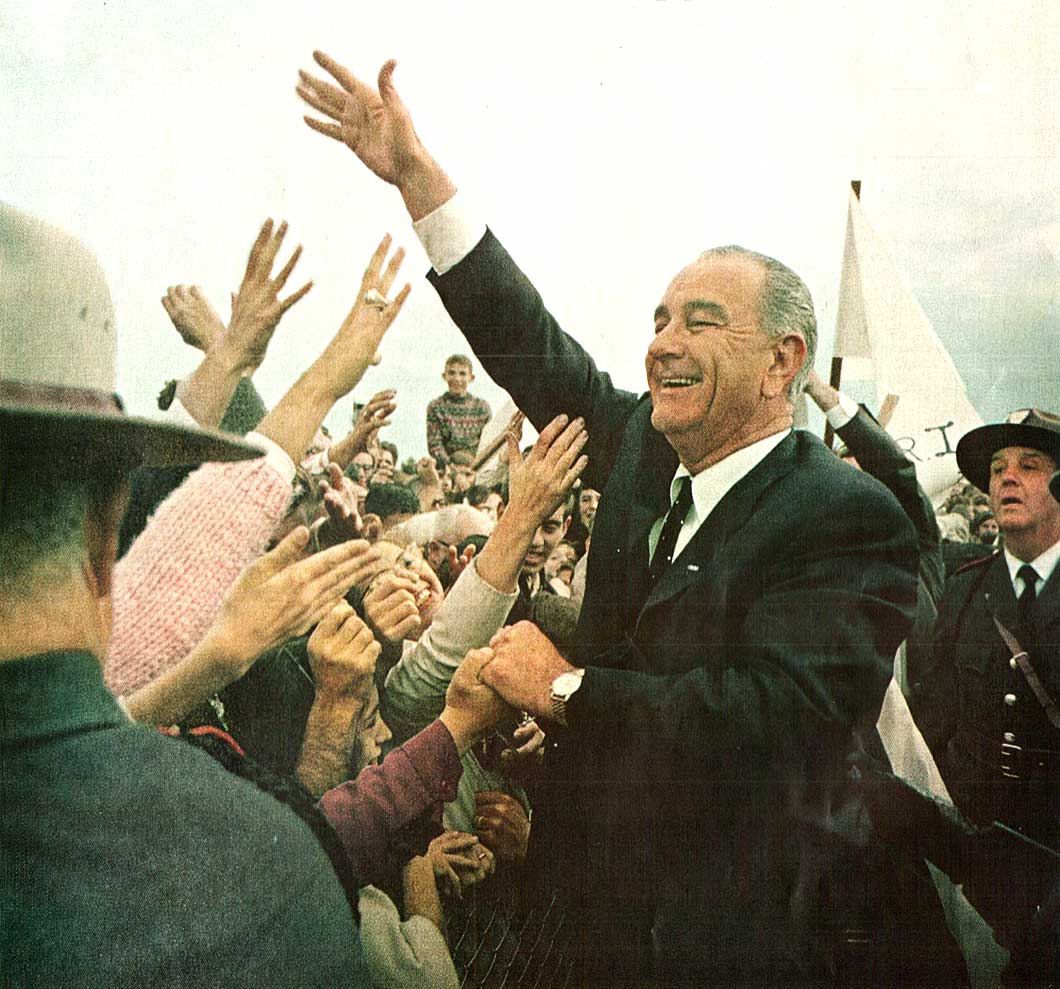 As the 1964 Presidential campaign wound up in its last full month, a momentary lull fell over the rhetoric as details of the Warren Commission Report on the John F. Kennedy assassination only ten months earlier were released. The American landscape was changing, and ever since the assassination, a creeping cynicism started to overtake the electorate. It seemed unlikely we would ever go back to the relative simplicity of a Presidential campaign – Politics became, as we had found out, a dangerous business. Between the Cold War abroad, the Civil Rights movement at home – poverty, unemployment and a growing dissatisfaction with The American Way of Life, we began questioning what the future was all about and if there really was light at the end of the tunnel.

But the ritual of electing a new President (or re-electing an old one) was firm in our National makeup. And even though we expressed reservations as to just where this ship of state of was heading, we turned out at rallies, listened to speeches, clung to commentator assessments, and the more we found out about who Barry Goldwater was, the more we nodded in agreement when we heard the campaign phrase; “in your heart, you know he’s right”, and chimed in with our own quip; “yeah, far right”.

So the Horse race continued, the promises were made, the positions scrutinized. And after all, we were a little over a month away from voting and there were many hours to go before we called it a day.

And Media played a large role in keeping the horse race interesting. Among all the networks, ABC Radio ran a weekly special, Campaign Digest, where a wrapup of the week’s campaigning was dissected and explored. On this episode of Campaign Digest, the events and issues of the week are presented and critiqued as the candidates sprinted to the final days of Election 1964.

Things, you will probably notice, have changed considerably in 50 years.