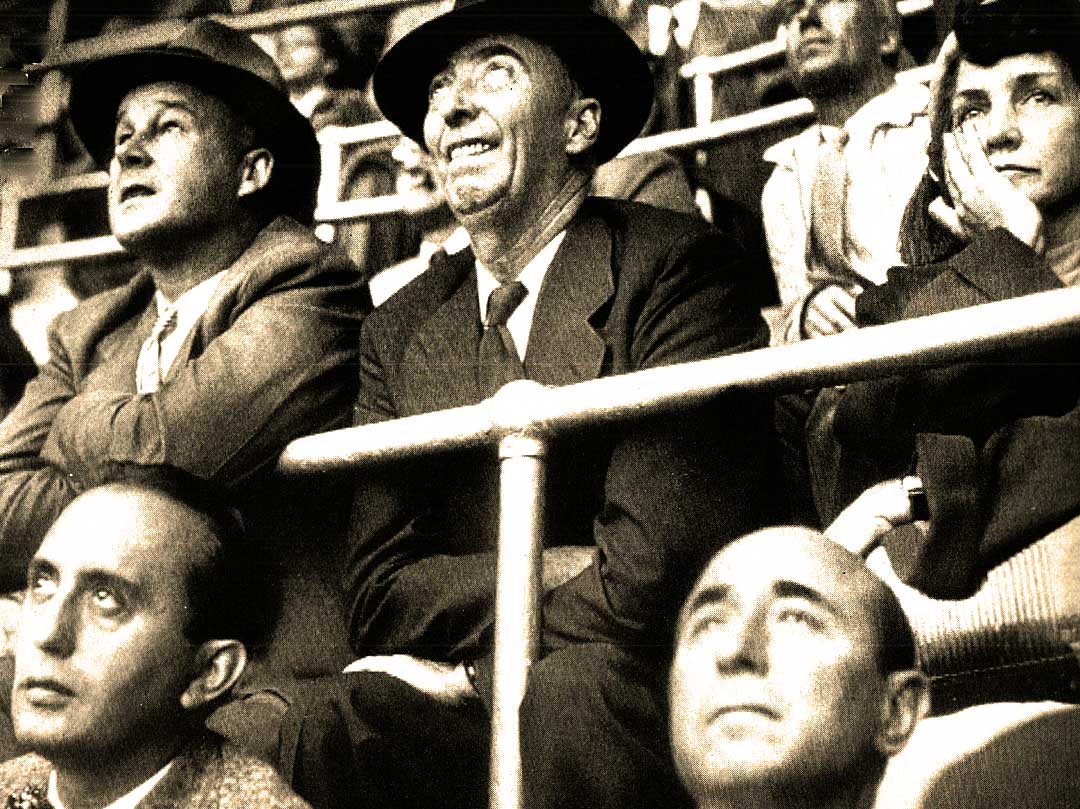 A lot of watching and waiting going on this week in 1949.

A lot of watching and waiting going on this week in 1949.

Strikes were on the agenda – the Steel Industry was hit with its first batch of strikes since 1946. And America was braced for lock-outs, walk-outs and wildcat strikes all over the country.

It was learned this week that Russia had The Bomb. President Truman announced earlier in the week that the Soviet Union had managed to uncover secrets regarding the Atomic bomb, and it was later discovered Moscow had already tested one.

Baseball season was drawing to its white-knuckle/hair-raising/teeth gnashing close as one of the tightest Pennant races in memory was coming down to the wire. As of this broadcast, The N.Y. Yankees cinched the American League Pennant, while the National League Pennant race was still going on between the Brooklyn Dodgers and Philadelphia Phillies.

Preparations were underway for Holy Year 1950 at The Vatican and a pilgrimage of some 2 million Catholic faithful was envisioned starting in January.

And America lost one of its favorite crooners – Buddy Clark, who had provided the vocal chops to many an out-of-tune actor in films, but who rose to fame in his own right after the War, was killed when his private plane crash landed on a Los Angeles street. Clark, and several friends were en route back from a Football game in Palo Alto when the plane lost power just before landing.

All that, and so much more for this week, ending on October 2, 1949 as presented by NBC Radio’s Voices And Events.