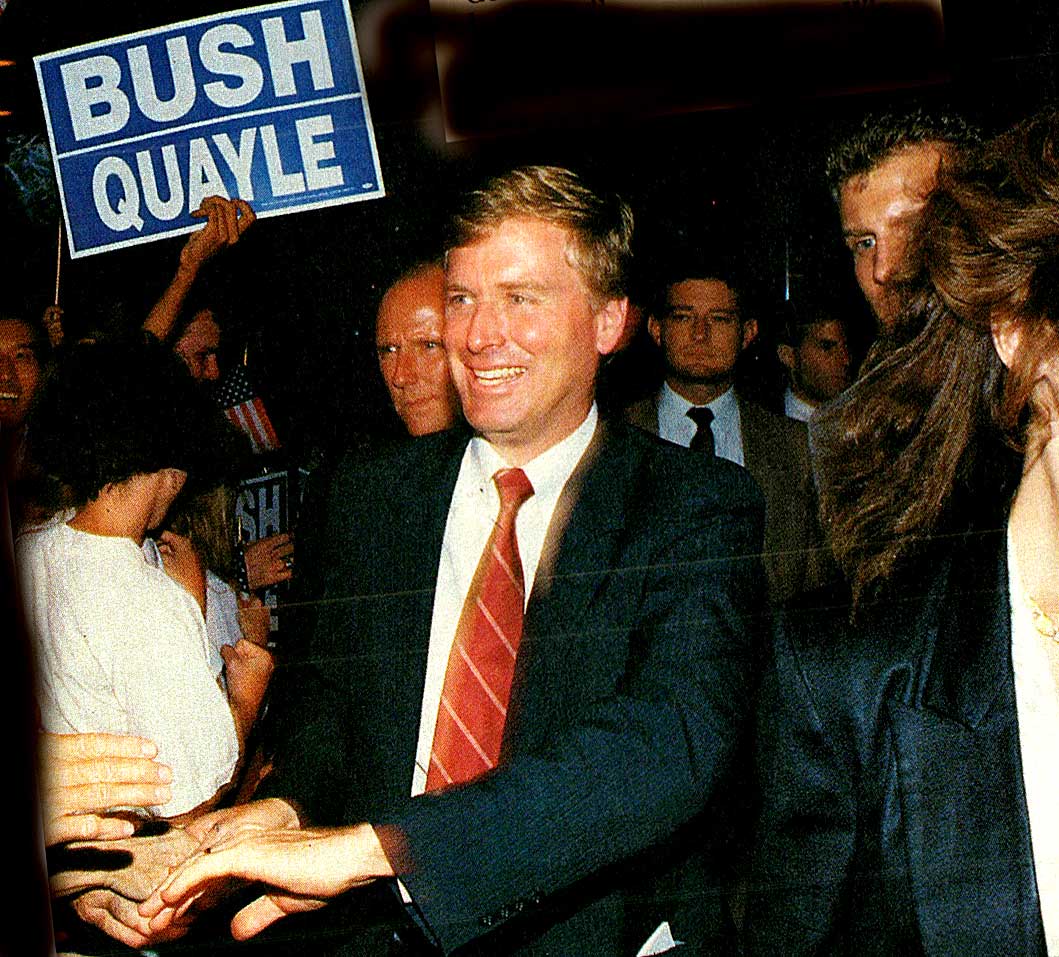 Dan Quayle - eyes rolled, all the way to the backs of most heads.

Senator Dan Quayle – eyes rolled, all the way to the backs of most heads.

The morning after the only vice-Presidential debate of the campaign had many talking about the now-famous exchange between Democratic candidate Lloyd Bentsen and Republican candidate Dan Quayle over Quayle’s qualifications to assume the Presidency in lieu of the unthinkable.

When Senator Quayle compared himself to President Kennedy, Senator Bentsen lobbed a retort which has gone into the history books.

And the Race to The White House roared on.

Meanwhile, the rest of the world roared on.

In Chile, people danced in the streets as word of General Augusto Pinochet conceded defeat in the wake of elections spread throughout Santiago, which also saw the mass resignation of Pinochet’s cabinet a day later. Even opponents of Pinochet expressed shock that defeat was acknowledged so soon and that changes took place so quickly. Change, it appeared, was long overdue in coming.

In Algiers, a state of emergency was called as police battled demonstrators who were rioting in the streets for three days to protest rising prices. The President declared all civil Administrative and Security services placed under Military command.

And Air-Traffic Controllers in Chicago were having an unusual uptick in errors at O’Hare Airport, prompting the FAA to limit the number of planes landing to 80 an hour between 4:15pm and 9:15 pm. Seems the legacy of PATCO and the Reagan showdown was being felt years after the fact. Things just weren’t running smoothly anymore.

And that’s a little of what was going on, this October 6th in 1988 as reported by The CBS World News Roundup.