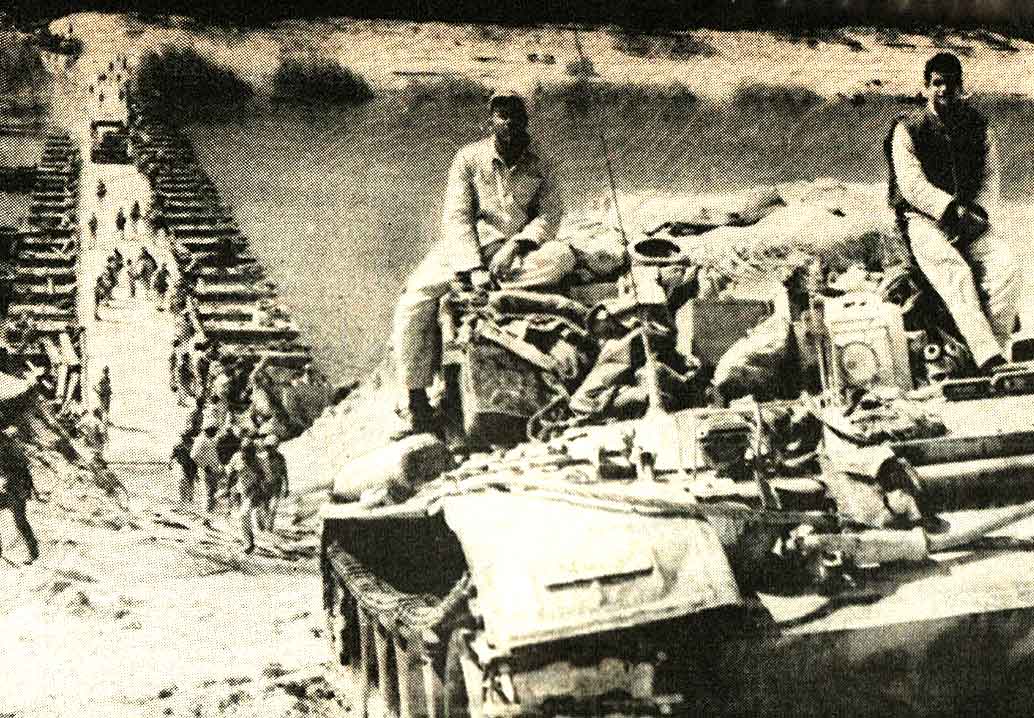 Egyptian tanks crossing the Suez, October 7. The element of surprise was palpable.

Egyptian tanks crossing the Suez, October 7. The element of surprise was palpable.

41-years ago, beginning on October 6th, 1973, Egypt and Syria launched a surprise attack on Israeli positions in Israeli-occupied territories. Egyptian and Syrian forces crossed ceasefire lines in the Golan Heights and the Sinai Peninsula, areas which had been captured by the Israelis during the 1967 War. After crossing the ceasefire lines, Egyptian forces advanced to the Sinai Peninsula virtually unopposed by the Israelis.

The move came as a complete surprise, as Israel was in the midst of observing Yom Kippur, one of the holiest of religious holidays where, even the most secular among Jews abstain from electricity, engines, communications of any kind, and all road traffic stops. The airports are shut and most Israeli soldiers were home on leave, making the entire country during this time more vulnerable than ever to just this sort of action.

After three days, the Israeli army mobilized and retaliated, but it was a two front offensive and Syrian troops, who coordinated their attacks with the Egyptians had also made gains and were threatening Israeli-held territories. Fighting was described as intense, with heavy casualties on both sides.

The crisis prompted immediate military aid from both the U.S.(to Israel) and the Soviet Union (to the Syrians and Egyptians), and for a time it was feared a major super-power showdown could ensue.

Here are excerpts from broadcasts during the first hours of the attack and reactions from various news sources from October 6th and 7th 1973.