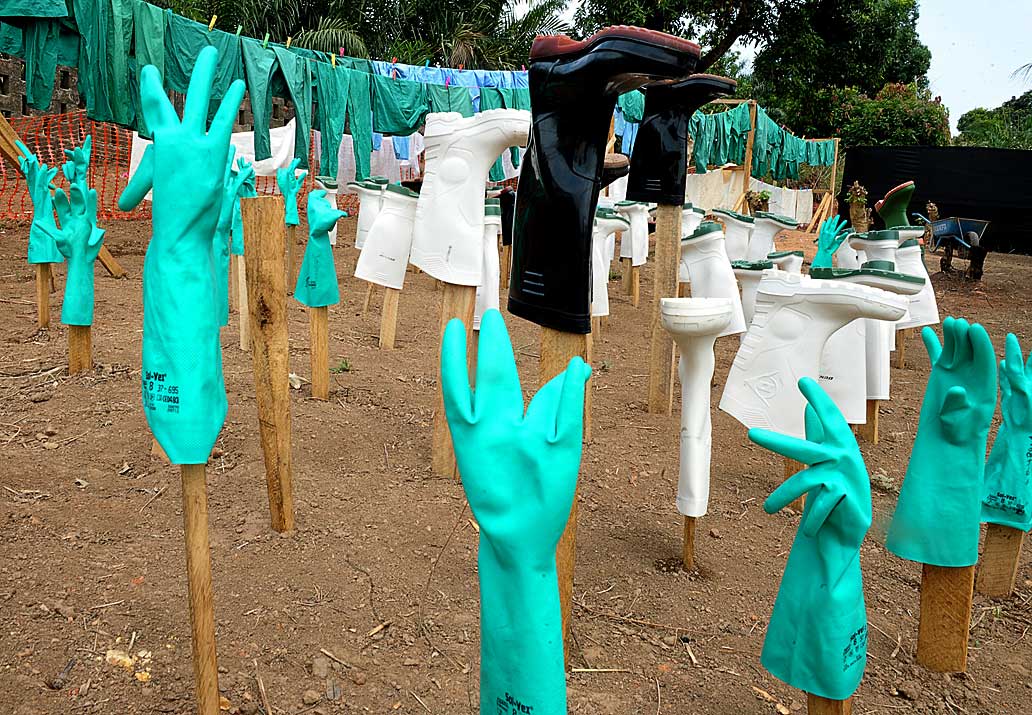 The ominous and sometimes unfounded fears.

The Ebola Scare Of 1995 – Past Daily Reference Room

The ominous and sometimes unfounded fears.

With the news in recent weeks of the Ebola Virus, rearing its plague-ridden head once again, it’s good to remember The Ebola Virus has been around and the outbreak of the disease has gone through periodic phases since 1976 when it was first discovered.

Primarily confined to Africa, most notably The Congo, Uganda and Gabon in the past. The disease has made its way over the last two decades to Liberia, Guinea, Sierra Leone, Nigeria and Senegal.

It made it to the Northern Hemisphere before – in Canada in 1995 and Texas and Virginia in the early 1990s.

With the latest cases reported in the U.S. and one death reported, a wave of hysteria has developed – fueled by misinformation, fear and imaginations leaning heavily on disaster movies for scenarios, the outbreak of Ebola is not new – the current strain appears more virulent than before, but the outbreak of Ebola has been recurring since the 1970s.

As evidence of that, here is a news report on May 17, 1995 from NPR‘s All Things Considered regarding Canadian concerns of a potential Ebola outbreak in Toronto based on detaining an immigrant from Zaire suspected of carrying the Ebola virus.

A lot of jumping to conclusions – and as history has proven, a lot of wasted anxiety.

Not that Americans aren’t given enough to be terrified over most hours of most days anyway . . . .

The report is only a minute.