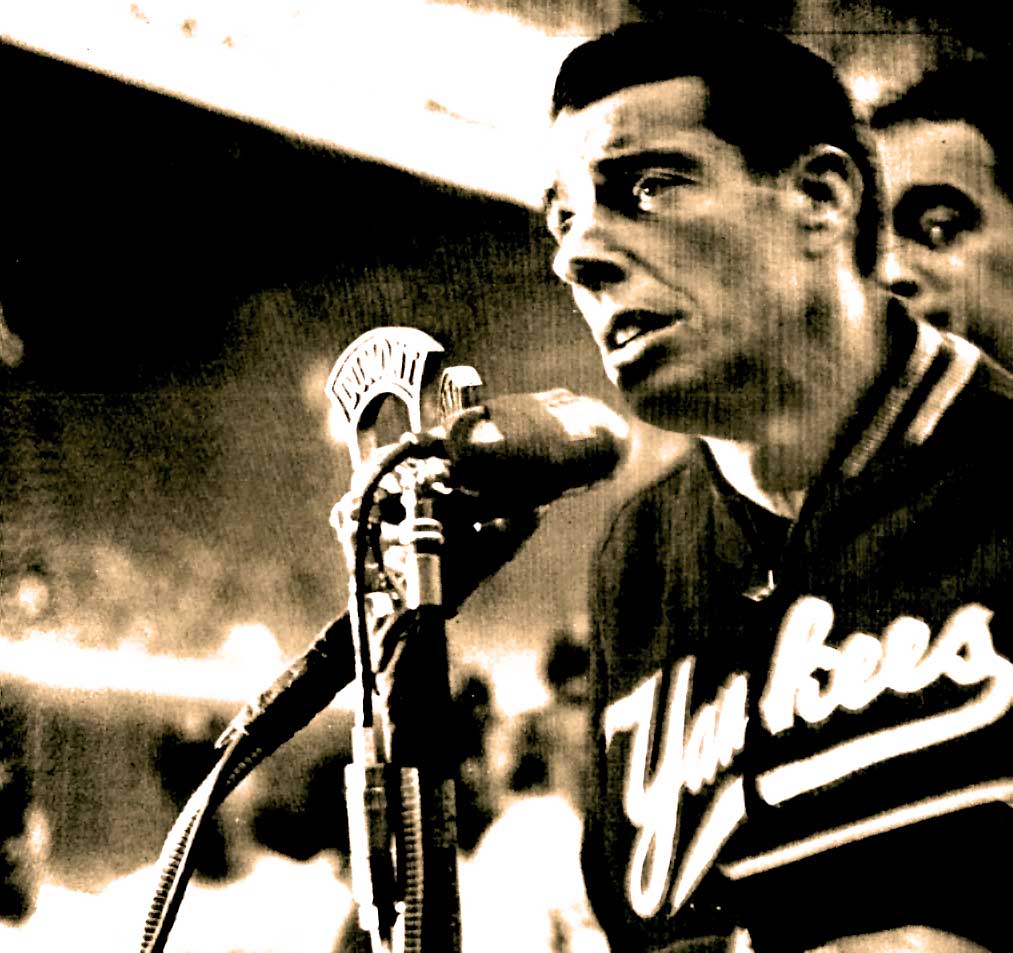 Joe DiMaggio - taking part in the annual Madness in 1949.

Joe DiMaggio – taking part in the annual Madness in 1949.

This week in 1949 ran the gamut from Capitol Hill intrigues to World Series mayhem.

Starting the week at the Pentagon with the infamous Navy vs. Air Force showdown and the fight over the B-36 Bomber which, despite the Air Force claim of being the best in its arsenal of weapons, was roundly trashed by the Navy as being a large, inept and wasteful piece of equipment at the mercy of smaller, swifter jet fighters.

The controversy started with Navy flier Capt. John Cromelin leaked sensitive information from the Navy which stated the Air Force B-36 Bomber was an outmoded and obsolete piece of equipment.

The charges brought about an inquiry and the House launched an investigation on the allegations made by the Navy, with Capt. John Cromelin at the forefront of the investigation. It was learned that Capt. Cromelin wasn’t alone in his assessment that the attitude of the Air Force was ruining Navy morale.

The hearings raged on and the controversy continued – and Capitol Hill was knee-deep in it.

But this detour in our Defense program didn’t deter our strategy for the Cold War, as top military leaders of the NATO countries met in Washington this October week in 1949 to review Defense preparations.

Elsewhere on Capitol Hill – the joint Senate House Committee on Atomic Energy voted 10-8 to close the case against David Lilienthal and The Atomic Energy Commission over accusations of leaking information. After testimony which included such figures as J. Robert Oppenheimer, it was determined there was no cause for action and the case was quietly dropped.

And in the midst of all the testifying, controversy and alarm, the World Series was busily eclipsing attention all over the country. The New York Yankees versus The Brooklyn Dodgers. At the time of this broadcast, no one knew what the outcome would be – but it was Game 5.

And that’s a small slice of what went on this week, ending October 9, 1949 as reported on NBC Radio’s Voices And Events.