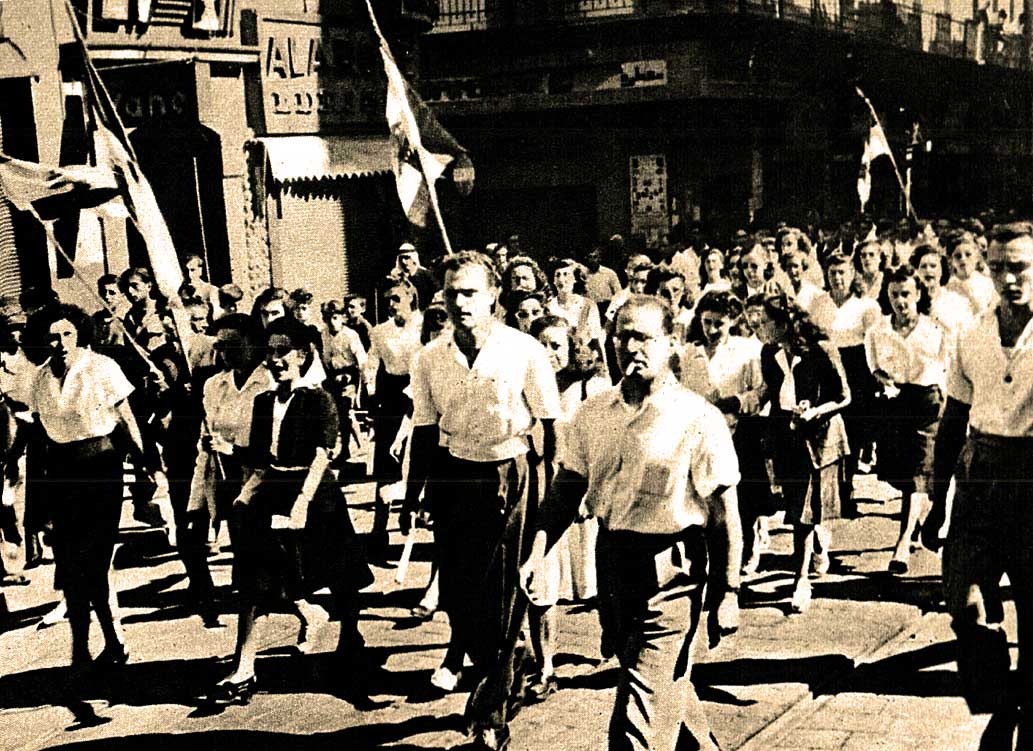 Grumblings in the Middle East.

Grumblings in the Middle East.

With the War over, and peace settling in, October 10th, 1945 was a day loaded with transition, and frustration, and a new set of concerns.

Domestically, the adjustment to peacetime was slow. The legislation put in effect for the War effort was slowly being repealed or modified. Labor was an issue, with strikes looming and talks collapsing.

Our defense was called in for re-evaluation. Calls for reduction in troop strength and the size of our Air Force were being considered at meetings on Capitol Hill. The re-tooling process was slowly evolving.

Overseas – State Department officials were denying reports that Diplomats stationed in the Middle East were being called back to Washington for discussions on the worsening Jewish/Palestinian issue. Jewish refugees were rioting and two European Jews were killed during rioting at a Palestinian Refugee camp. And rioting was also taking place in Tel-Aviv, sparked by British troops searching the Jewish Quarter in search of hidden arms and smuggled refugees.The question of European Jewish refugees was becoming a bone of contention throughout the Arab world, and protests were springing up in many parts of the region.

Secretary of State Byrnes confirmed a Far Eastern Advisory Commission meeting in Washington on October 23. The members to attend are the U.S., Great Britain, Russia and China – but invitations were extended to other Allied nations. Byrnes made it clear he was against the Russian proposal of setting up a Four-Power Control Commission be set up in Tokyo and that the U.S. would have the top-hand in any negotiations.

The situation in Argentina was in a state of flux. A government shakeup replaced Military strongman Col. Juan Perón as well as several high-placed Perón supporters in the cabinet. It was hoped this move would quell violence that had spilled over on to Buenos Aires streets in recent days. But there were fears the new guys may be just as bad as the old guys. And around it went.

Convicted War criminals Laval and Quisling appealed for leniency in their respective death sentences, saying a death sentence delivered in War time was automatically reduced to Life imprisonment if the sentence hadn’t been carried by war’s end. A reversal was unlikely.

And that’s how the day rolled, this October 10th, 1945 as reported over WOR-AM in New York.