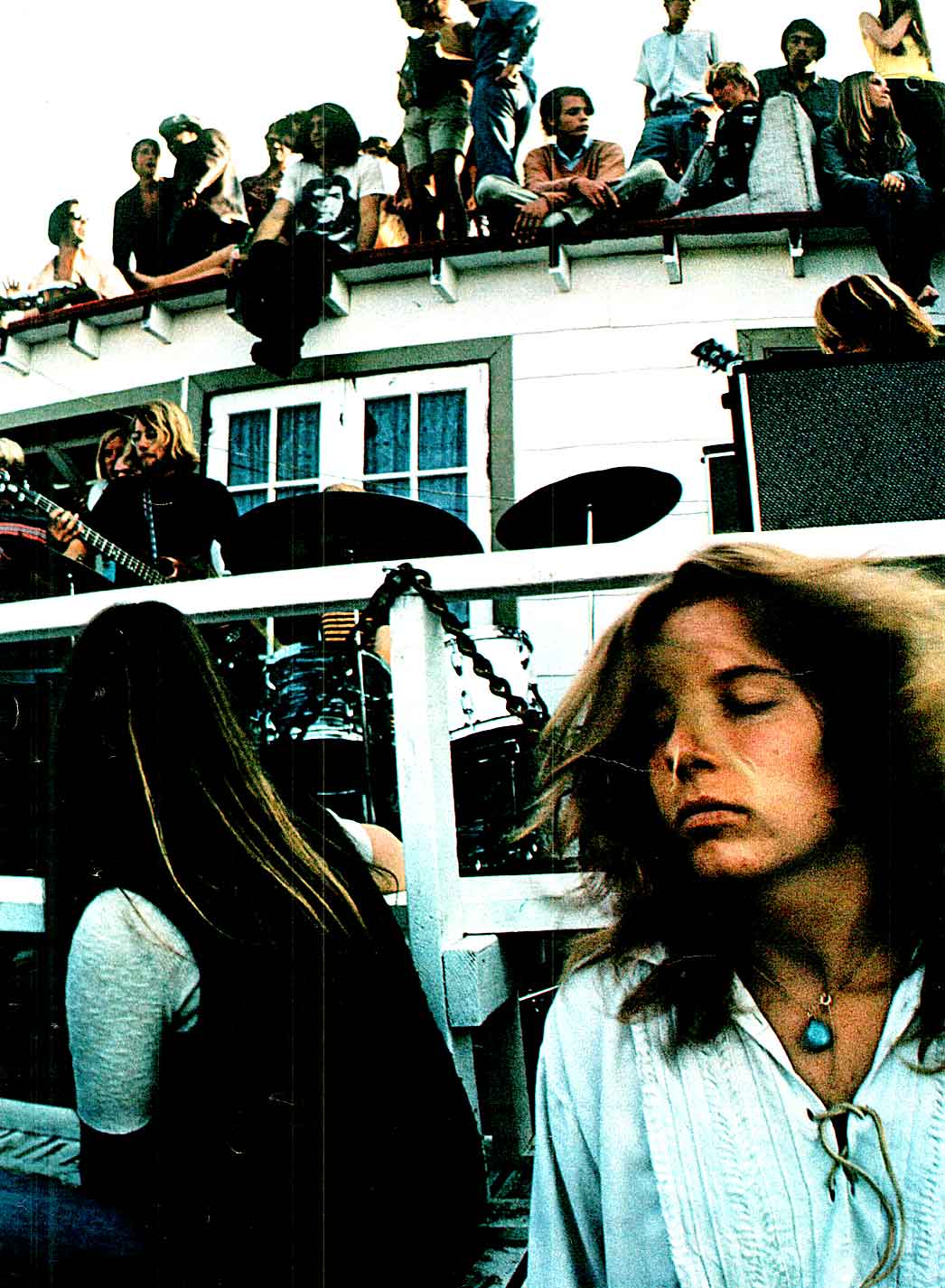 An entire generation defined by its music.

An entire generation defined by its music, and stuck there.

Click on the link here for Audio Player – From Now On: The Woodstock Generation – Aug. 20, 1972 – Gordon Skene Sound Collection

Probably no other generation became as indelibly linked with Music as the Baby Boom, or Woodstock, generation. At least that’s what pundits and critics felt in 1972 when asked about the 60s. Everything it seemed, could be traced in some way to the dawn of The Beatles, the electrification of Bob Dylan or the birth of the Protest song as something that occurred in the mid-1960s, and something which defined an entire generation.

And even in the 1970s they were still asking what happened. But by the 1970s the innocence and the youthful exuberance was wearing off, the creeping cynicism was settling in, the Baby Boomers were getting older and life took on its customary seriousness, however grudgingly.

And by the 1970s things were changing – the transition to Youth Culture was still grinding on – every form of advertising was geared to the preservation of Youth. Marketing began to shape culture, and in doing so painted itself in its own paisley colored box. We were selling ourselves short, but we didn’t know it at the time.

And to listen to these pundits from over 40 years ago, you’d get the impression the Baby Boom generation was imbued with an overwhelming amount of arrogance and hubris. And for the most part, you’d be right.

I ran across this discussion, as part of a Sunday Morning program sponsored by the Presbyterian Church featuring a panel of Music critics discussing the state of things in 1972. Lillian Roxon, Robert Christgau and Jim Lichtenberg. The discussion is about Rock Music and its affect on the Baby Boom generation. Even in 1972 there is a goodly amount of pining for the “old days” of the 1950s – the notion that much of the current crop of Rock music has been co-opted from its Black roots. That Rock Music is primarily for White audiences. That Rock Musicians, the ones who made it big, are not only treated as royalty, they live like royalty in gated communities far away from their fans. That the face of Rock Music was becoming a calculated and well marketed package, being sold as a commodity and that even its primary source of exposure, Radio, was changing and becoming restrictive.

In the end there is no solution – it’s an assessment of where things stood in 1972. Some 42 years later, we’re in the midst of another sweeping set of changes – one brought on by the changes taking place in the 70s, reacting to a climate and atmosphere of the 60s. Today there is virtually no radio – the record labels are in a state of chaos and despair – Rock, depending on who you talk to, is either dead or in flux. The Marketing has become more intrusive – the message increasingly muddled. The music more diverse. Still, people need to create and they need to dream – and to quote a well-worn phrase; where there’s a will, there’s a way.

So to give you an idea what people were talking about with regards to Music in 1972, there is that panel discussion, as it aired on August 20, 1972. Lillian Roxon, dubbed The Mother of Rock, would die a year later – and Punk was just around the corner, but it had to wade through Disco first.