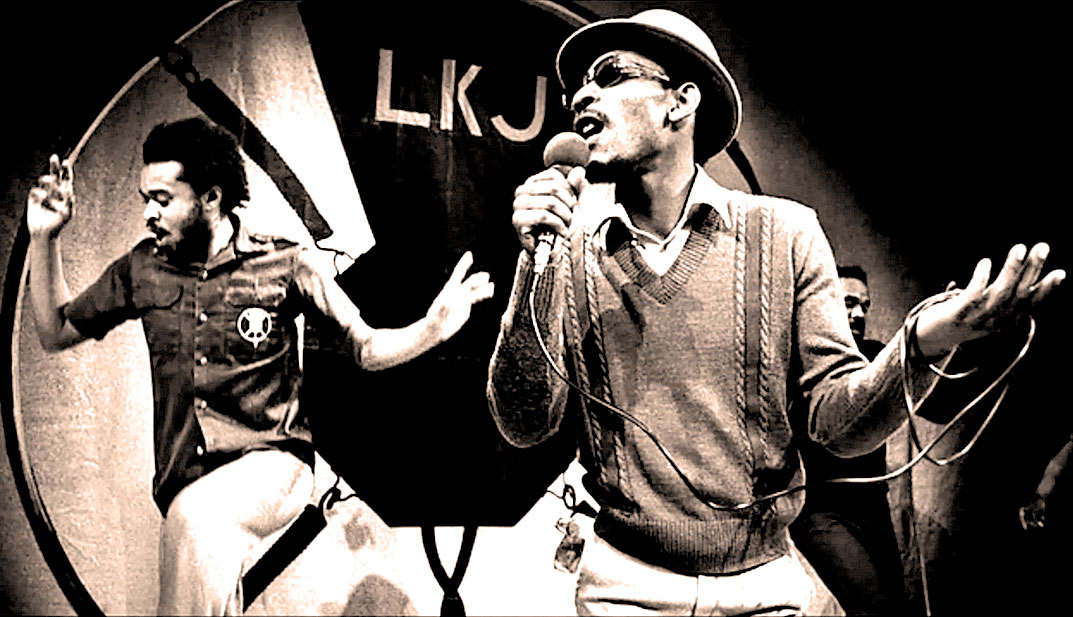 A set by Jamaican Poet Linton Kwesi Johnson, recorded in concert from 1979 by the venerable BBC and re-run several years ago.

One of the bright lights on the UK literary scene, who has also incorporated music into his poetry. Widely celebrated for his work, which deals with the experiences of the African/Caribbean community living in Britain, Johnson has gotten numerous awards and recognition for his poetry and performances.

Johnson has teamed up with Reggae producer Dennis Bovell and collaborated on a number of pieces. Johnson’s work has been closely associated with the Jamaican spoken word form of Toasting, which has been a precursor to rap as we know it.

Not performing as much these days, but still very active and working with his record label (LKJ Records), Linton Kwesi Johnson is very much a cultural and potent political fixture within the British Black community.

His work speaks for itself.

And if you aren’t familiar with it – you really need to check it out . . like yesterday.