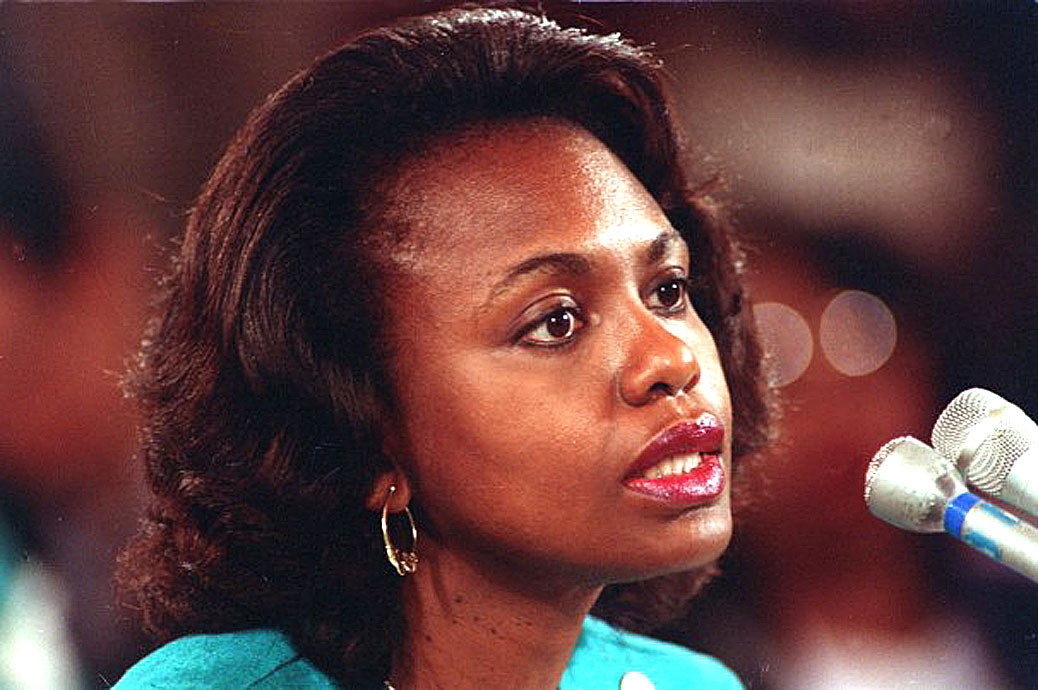 In what was thought to be a veritable walk-in-the-park, President Bush’s nomination of Clarence Thomas to the Supreme Court turned out to be the stuff of a Jackie Collins novel. Former assistant Anita Hill came forth with some damaging testimony regarding the SCOTUS candidate, portraying him in considerably less than judicial terms.

The revelations were palpable and the portrayal of the future Justice as a prurient smut junkie raised a flood of eyebrows all over Capitol Hill. And was, for the better part of two days, better than any reality show on TV.

Although forces loyal to Thomas unleashed counter portrayals of Hill as a gold-digger, manipulator and tease, the Hill testimony gave further evidence something was amiss with SCOTUS, and the White House shoe-in would have a hard time living down his “pubic hair on the Coke can” peccadillo.

In the end, damage control swept up the debris and Clarence Thomas would eventually win confirmation – and Capitol Hill lived up to its reputation as the Home of all Things Sleazy.

As a reminder of just how lurid things can get, here is the testimony of Anita Hill, as it was broadcast live on NPR (and everywhere else), on October 12, 1991.

Update for September 18, 2018: And even though the circumstances of the allegations are different, as is the timeframe they allegedly occurred, the issue at hand remains the same; Harassment and “Conduct Unbecoming” have become all too familiar within the framework of politics, if not society in general. The #Metoo movement is not a knee-jerk reaction or a grab for attention. It speaks to a society steeped in a perceived norm that is learned, rather than imbedded in DNA. That public shaming is the reaction to a lack of private morals brings proof as to why laws of conduct exist. Does the Anita Hill-Clarence Thomas episode as well as the Professor Ford-Judge Kavanaugh serve as a reminder that legislating morality happens because of a failure at personal responsibility? If we lived in a world where people treated each with a degree of fairness and dignity, those sorts of laws wouldn’t exist. But we don’t. And even though the vast majority of men, as well as women adhere to moral conduct that would never entertain harassment as an accepted norm, and that “no means no” there are those few who do. And that’s why there are laws and public outcries and accusations. The Clarence Thomas – Anita Hill episode is in the past, the Ford-Kavanaugh episode will eventually slip into the past, but for now it is foremost on peoples minds as of September 18, 2018. It is essential to keep an open mind, but it is also essential to ask yourself what we need to do as a society to encourage the better in us.