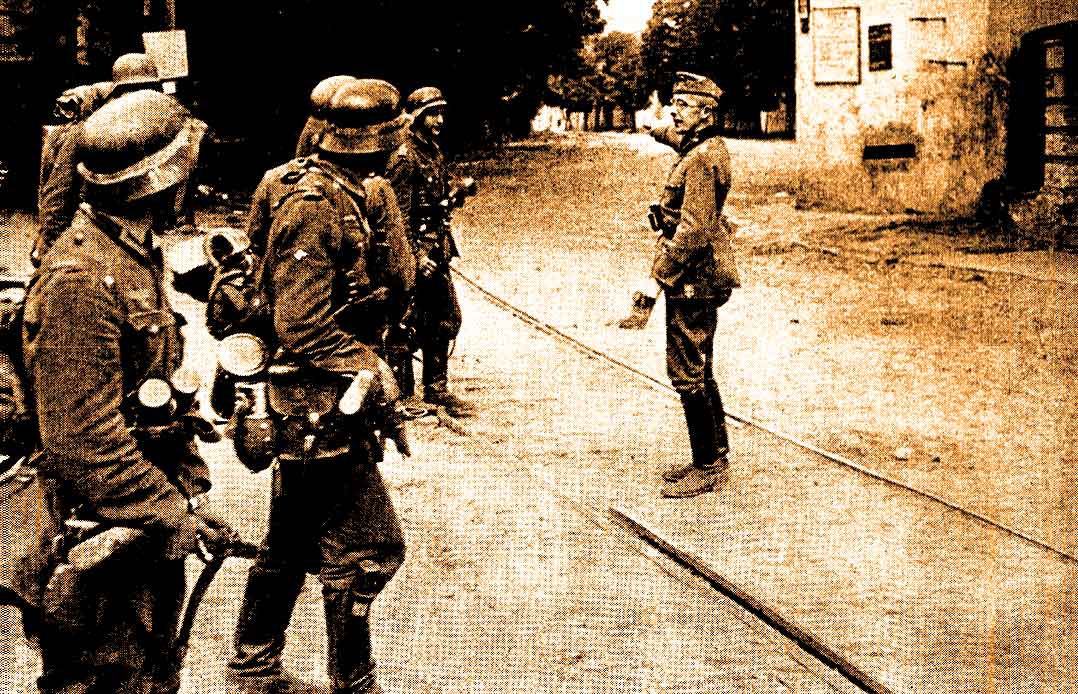 According to reports, the Germans were an hour and a half away.

According to reports, the Germans were an hour and a half away.

News for this October 13th in 1941 looked grim, ominous and more and more like America would land in the middle of it almost any day.

Reports from Germany claimed  huge gains on the Eastern front, with troops poised to enter Moscow. At last report on this day, German troops were said to be an hour and a half’s car ride away from the Gates of Moscow. Buried in the reports were acknowledgements the Red Army was offering fierce resistance and the Entry Into Moscow was far from a done-deal. Reports did go on to say that Russians were evacuating Moscow in large numbers.

Meanwhile, British bombers were stepping up their counter-attacks on German objectives in Nuremberg and Bremen, as German bombers continued raids over Manchester and Hull in England. Speculation continued as to just how Americans would react to involvement in a shooting war. American pilots, it was disclosed, had virtually no wartime experience, even though it was  hinted some American pilots were already flying with British bombers of late, the training needed to get the bulk of American pilots up to speed would be significant.

On Capitol Hill – sides were lining up over the investigation of Defense contracts, and the questions over who got what and why were about to be asked. Largely unannounced and with little fanfare was the opening of one facet of the investigations on this day, featuring  a section of the Military Affairs of the House, headed by Representative Faddis of Pennsylvania who was slated to start inquiring into the business of Defense. Already reports were surfacing of chaos, confusion and misgivings within Defense Contract sources were surfacing. Heads, it was beginning to look like, were anticipated to roll. The biggest concern was over contracts not going to the smaller companies who made up the backbone of the workforce, but rather to the large companies who were capable of wielding big influence in Washington.

And that’s a sample of what we going on this October 13th in 1941, as reported by News Of The World from the NBC Blue Network.