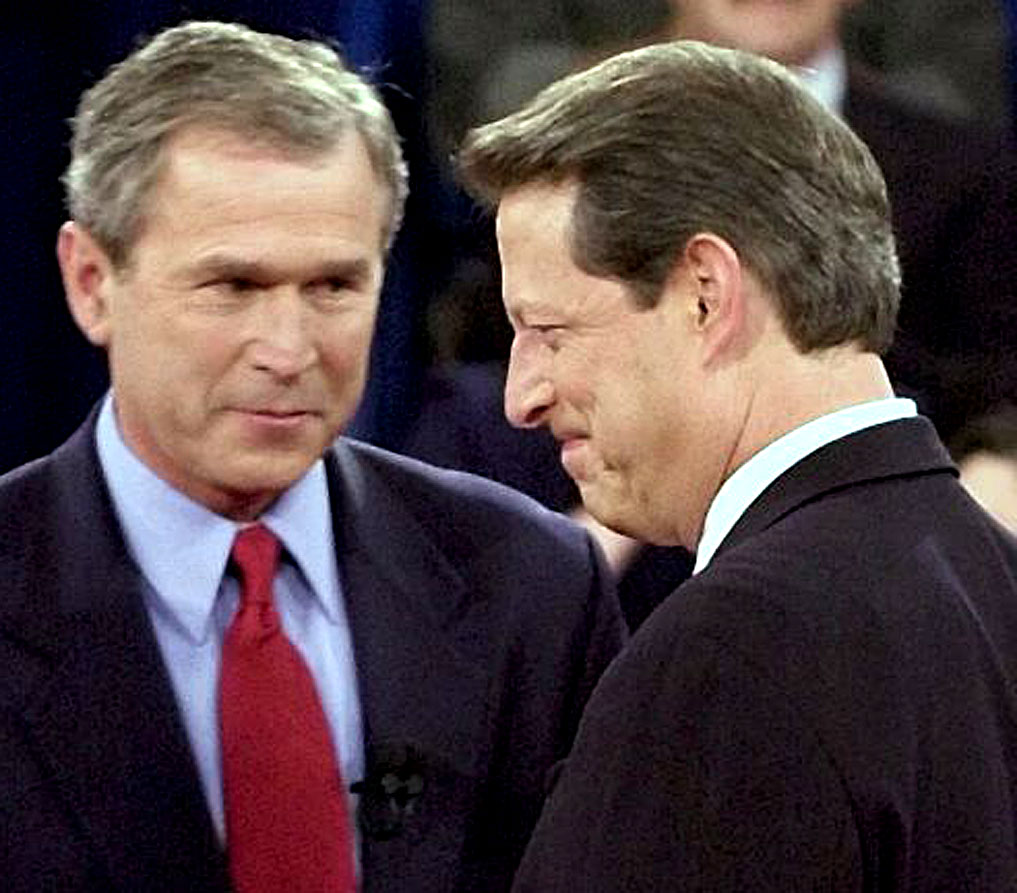 The Bush-Gore Debates - yawning was an option.

The Bush-Gore Debates – yawning was an option.

As Campaign 2000 sprinted towards the final days before election, the Presidential debates were winding down. One left to go and the previous one held on October 11th, it was regarded by many as a toss-up over who won. The Polls were showing a race virtually neck and neck. But as Dan Rather characterized it, the debates, like the campaigns themselves were a case of “the bland leading the bland”.

Neither candidate particularly electrified people, and as this assessment of the second of three debates indicates, getting a clear picture of who Al Gore or George Bush were was getting hard to do. Gore had softened his approach from the first debate, being less curt than the previous one. Bush was struggling with being Presidential, but maintained his folksy “regular guy” approach. Sparks were seldom and sputtered mid-retort. All of this led commentator Dan Rather to remark “it’s the bland leading the bland”.

Here is an excerpt from the Weekend Roundup featuring a roundtable of reporters discussing the campaign as it was heading into its final weeks from October 14, 2000.

Meanwhile, the rest of the world was quietly going about its routine crises (see the previous post).