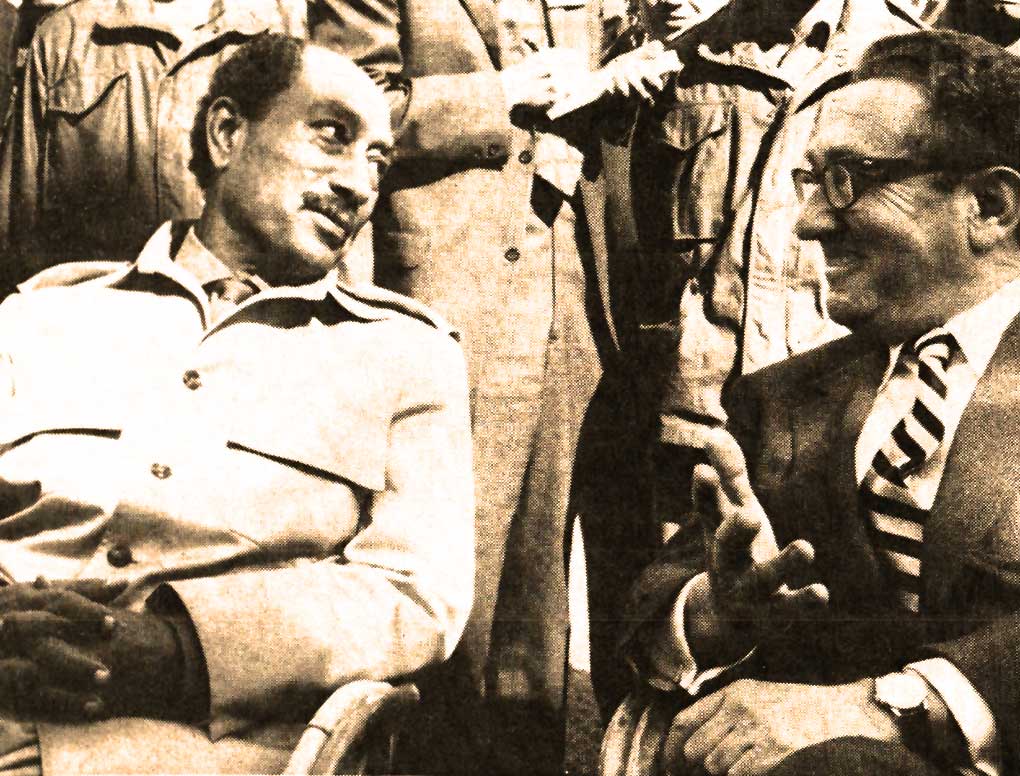 Saber rattling with an eye on a threatened Oil Embargo.

In fear so much as a sneeze would topple the house of cards.

With the Yom Kippur (or Ramadan) War going full-tilt, and what was looking like an ever-increasing chance of an East-West showdown over it, Secretary of State Henry Kissinger employed his customary Shuttle Diplomacy to seek some solution to what was becoming a rapidly spiraling out-of-control situation.

Egypt and Syria were depending on military aid from The Soviet Union. Israel was depending on the U.S. for military aid. The U.S. was attempting to distance itself from the conflict by saying the overtures the Soviets were undertaking really didn’t inflict harm on the fragile detente which existed between Moscow and Washington. The big question was a threatened oil embargo the Arab states were getting ready to place on the U.S. if Washington decided to go ahead and supply the Israelis with replacement equipment already lost in the fighting.

As with every Foreign Policy decision, everything is predicated on a delicate dance so as not to upset other pressing issues linked in some obscure way to a bigger issue. It is, and always has been, a precarious House of Cards.

This Press Conference from October 12th downplays what was becoming a serious situation with threats and counter-threats back and forth between Moscow and Washington regarding the issue of military supplies and intervention. At first it seems rather routine, with a goodly amount of time spent talking about new appointments and goings-on in the State Department. But then it turns serious, and for the rest of the hour-long Press Conference, the matter of this new war took center stage.

Here is that Press Conference, as broadcast by NPR on October 12, 1973.