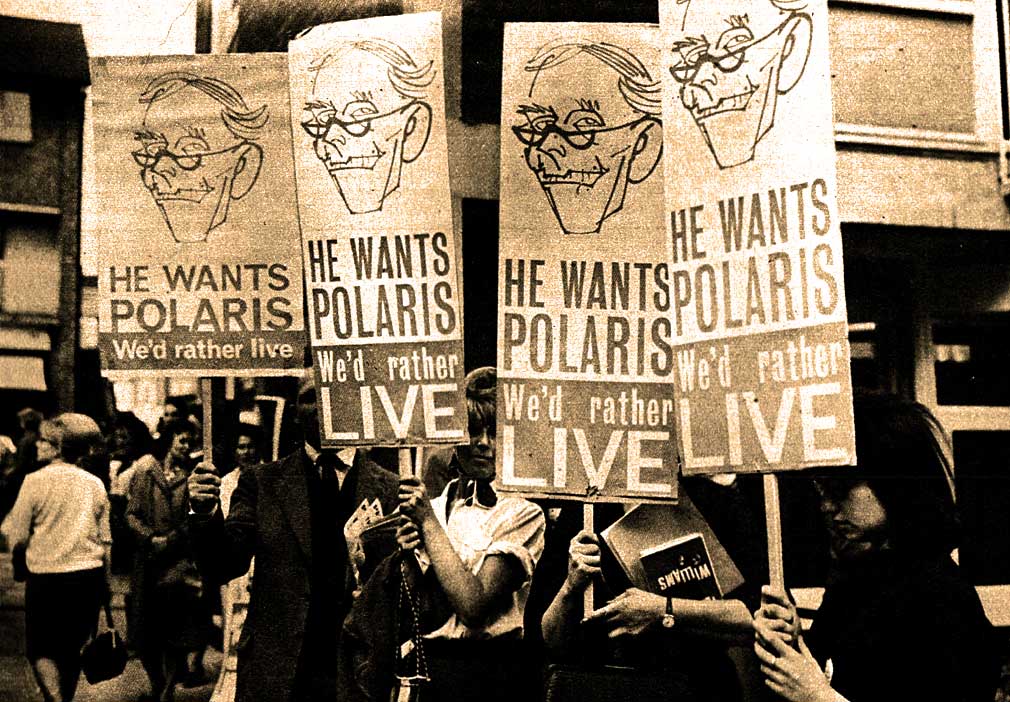 The Cold War and Nuclear obliteration was on everyone's mind.

The Cold War and Nuclear obliteration was on everyone’s mind.

Fifty years ago it was an election year in more places than the U.S. – Britain was in the midst of having their own, and it was looking to be a dramatic shakeup of things and a shift to the Left. The Labour Party, headed up by Harold Wilson, was confident such a shift was necessary and inevitable. While the Conservatives, led by Alec-Douglas Home (pronounced Hume) were trying to hold on to a thinning majority. It was the first time the Labour Party won an election since 1951, beating out the ruling Conservative Party and doubling its share of the vote. The mood of the country was an increasing weariness of the Cold War, and the Nuclear Arms race, which put Europe smack in the middle of any showdown expected to take place.

Ironically, the day before the election, on the 14th of October, it was announced Nikita Khruschev had been overthrown (official reports said “retired for health reasons”) and a new Kremlin leader was about to be announced. it would wind up being Leonid Brezhnev, considered by some to represent the hard-line who had overthrown Khruschev.

No doubt these events, as well as the pending elections in the U.S. between Barry Goldwater and Lyndon Johnson made many nervous that Goldwater could possibly assume the Presidency and there would a dramatic shift to the right.

With all that weighing on peoples minds, Britain went to vote on October 15th 1964. Here is a recording, from the BBC and relayed via a shortwave outlet in the U.S. (WRUL/ Radio New York Worldwide). It is a half-hour sampling of what was going on and a reminder that elections can change the course of history if it wants to. Remember that, come election day this November.