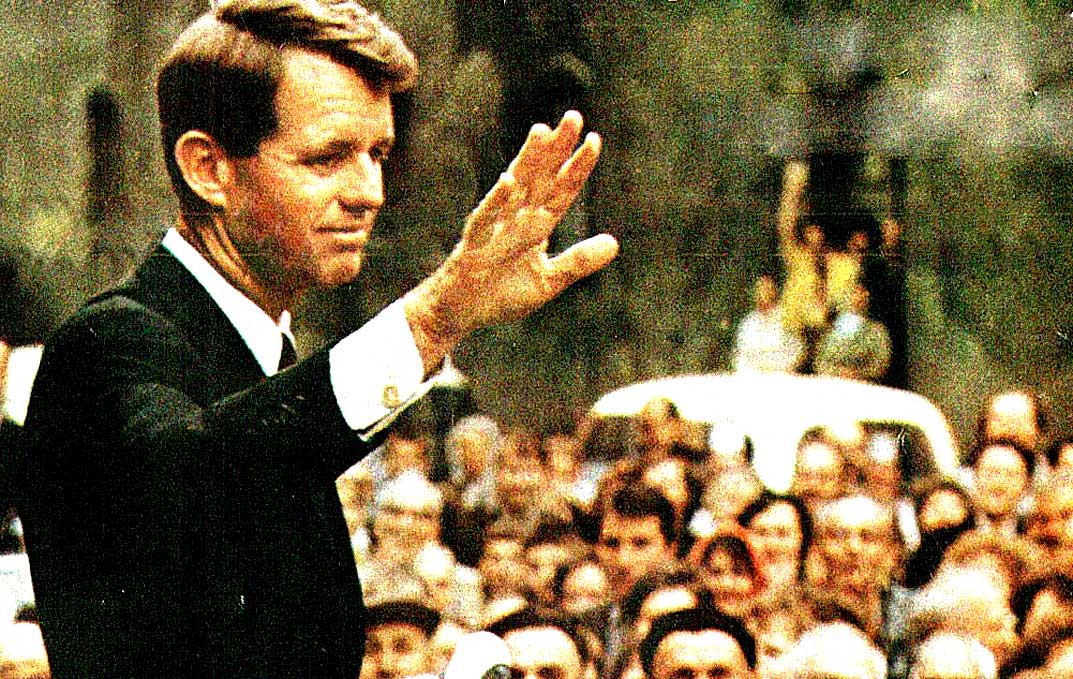 Rather than the acknowledged format today of one interviewer and one interviewee, the format during this 1964 exchange featured Senatorial Candidate from New York Robert F. Kennedy facing a panel of some three journalists; all of whom asked some pretty hard-ball questions.

In 1964 former Attorney General Robert F. Kennedy was running for the Senate from the State of New York. The question the panel kept pressing for was an explanation as to why Kennedy chose New York, rather than his home state of Massachusetts. Kennedy was also grilled on his involvement in the McCarthy Hearings of the 1950s as well as allegations from his opponent Kenneth Keating that Kennedy was an opportunist, a terrible person and a ruthless human being. Pretty nasty stuff for an era of supposed civilized politics.

But it’s a reminder that softball questions don’t give people any idea what the issues are or who the candidate is. That RFK faced a pretty rough grilling for a half hour speaks volumes about the kind of candidates an earlier time produced.

And maybe you voted for Kenneth Keating, but you certainly had no question in your mind as to where the candidates stood on things.

Here’s that episode of Meet The Press, as it was broadcast on October 18th, 1964.

Fifty years does make a difference after all.