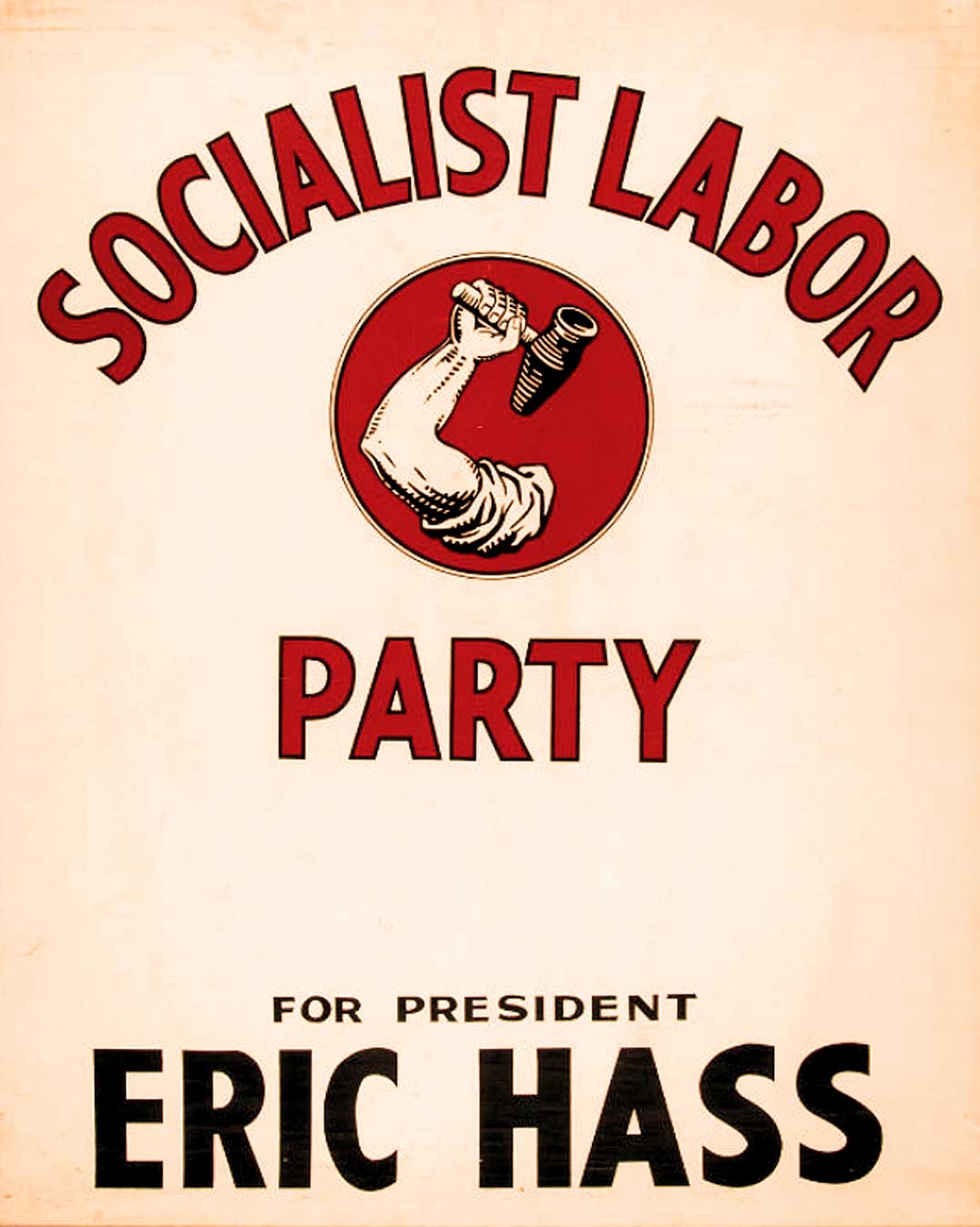 Not to be confused with all those other Socialist Parties. Equal Time was in full bloom in 1956.

Not to be confused with all those other Socialist Parties. Equal Time was in full bloom in 1956.

There was a time our political system was awash with parties. Up until 1954, The Communist Party was represented in the polling booth until an act of Congress, largely in response to the Red Scare, declared the Party outlawed.

The Socialist Labor Party was all about doing away with Capitalism. And their Standard Bearer Eric Hass went to great lengths to distance himself from even the Communists, whom he said didn’t practice anything resembling Socialism in Russia. Easy to forget, if you were prone to forgetting things.

But it points up to the fact that the Political landscape in America was rather healthy, even in the 1950s where many parties were represented and had equal time on the airwaves, even if some of them had been banned and their members routinely rounded up at attempted rallies and hauled off to jail for inciting civil disobedience. There were still a few outside parties and they got equal time on the networks to give their message.

And I guess that’s the big difference between politics then and politics now – no Equal Time – no Fairness Doctrine. No forum for a candidate like an Eric Hass to extol the virtues of a Capitalist-free society. And whether we agreed with him or not, he wouldn’t get a chance these days to share his views with the public at large – and that doesn’t serve Democracy a whole pile of good. Especially when some interests controlling the purse-strings can also control airwaves and shape the argument to their own political leanings.

We live in interesting times.

For a sampler on earlier times, here is that address by Eric Hass, as broadcast over WJR-AM in Detroit on October 19, 1956.