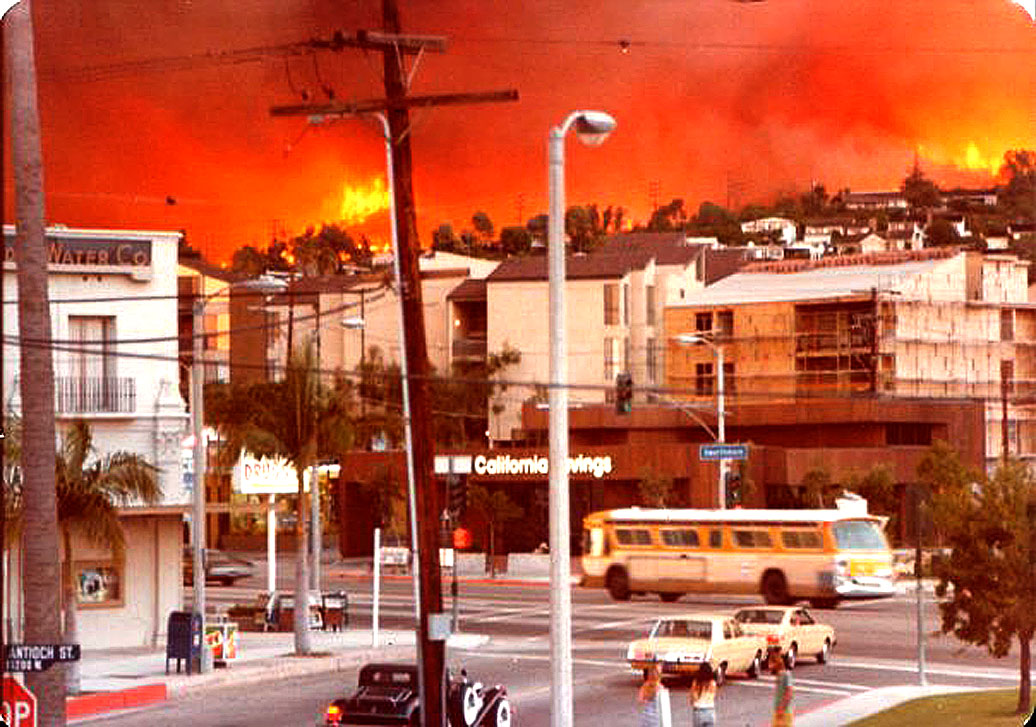 L.A. around this time of year occasionally catches on fire. It did in 1978.

L.A. around this time of year occasionally catches on fire. It did in 1978. (Photo: Julie Keese)

If the world wasn’t complicated enough on this October 24th in 1978, parts of it were catching on fire.

Almost like clockwork, Southern California went through the ritual; a dry Santa Ana wind combined with lots of dry brush and a spark, combined to create firestorms which swept through the coastal communities of Malibu, Pacific Palisades and most points in between. Damage in the millions, displaced in the thousands, temperatures in the triple digits – all vowing to come back some other day when it was all over this time. To repeat the process because, well . . .that’s what living in Southern California is all about.

But there was other news that day. An anticipated Inflation address by President Carter was expected to be a frank assessment of a frustrating problem and the unpleasant steps needed in order to deal with it. Nobody was looking forward to it, but it was something everyone had to face.

A new go-around in Moscow on Strategic Arms talks were “useful and constructive”, according to a statement from Secretary of State Cyrus Vance. Both the U.S. and the Soviet Union were optimistic the talks would lead to an agreement sooner, rather than later.

The Israeli Cabinet was busy debating the final draft proposal of a Peace Treaty with Egypt. Fingers were crossed and debate went long and loud.

A fire at a pipeline near Houston had claimed 6 and left 40 injured.

It was a busy day.

And that was just a sampling of it, as presented by The CBS World News Roundup.