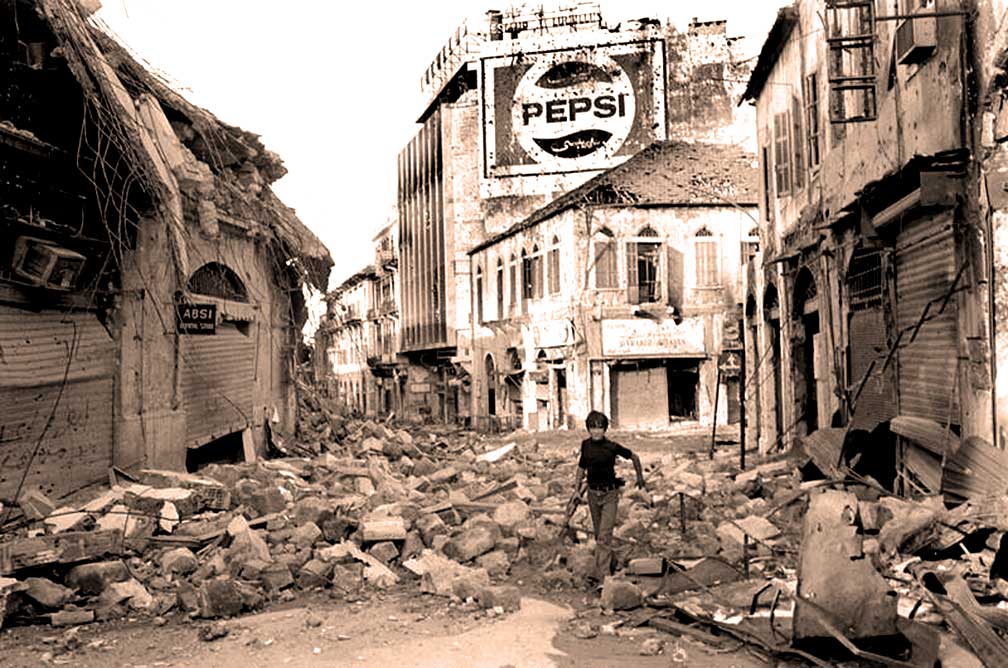 aka: Paris of the Middle East.

aka: Paris of the Middle East.

Another day of stress and wonderment, this October 28th in 1975.

Beginning with news of the intensified fighting between rebel militias and the Lebanese government in Beirut. Turning, over time, what was once referred to as the Paris of the Middle-East into a corpse-strewn mass of rubble.

On this day, fighting had reached the Chamber of Deputies and members of Parliament had to be evacuated in armored cars. In a desperate move, the Prime Minster called for an emergency meeting of all factions involved in order to end the fighting. Meanwhile, the death toll rose and it was unclear just how many people had been killed in the fighting on this day. And bit by bit, the once-beautiful city grew unrecognizable.

But there was other news going on in the world this day.

From Spain came word that Dictator Generalissimo Franco had taken a turn for the extremely grave. He had suffered a relapse and developed an intestinal blood clot, leaving his 13 attending doctors to issue the pessimistic bulletin.

New York City’s financial crisis made another appearance. President Ford had developed a plan for the beleaguered city which he was planning on announcing the following day. It was learned he had no intention of preventing the city from going bankrupt, but rather than face the chaos that might entail, President Ford was proposing changes to the Federal Bankruptcy law that would require New York to come up with a payment schedule for its debt. The payment schedule was to approved and supervised by a Federal Judge. The White House reiterated it wasn’t a plan to save New York, but rather a plan to manage New York’s default. Welcome to cold comfort.

President Anwar Sadat of Egypt had arrived in Washington for talks about economic and military aid, since the Soviets were no longer in a giving mood.

The Case of Sarah Jane Moore, the woman accused of trying to assassinate President Ford on September 22nd, got some attention. The Judge presiding over the case ordered a “not-guilty” plea to be entered and ordered the trial to begin on December 15th.

The Gallup Poll numbers just released put Senator Hubert Humphrey ahead of other potential contenders in the 1976 Presidential election race, provided Ted Kennedy decided not to run. Scant mention of a Peanut Farming former Governor of Georgia. So far, there were 9 declared candidates with more sure to come. 1976 was promising to be an interesting year.

Famed Mystery writer Rex Stout died at 88. Stout was best known for his landmark series of crime novels featuring the character Nero Wolfe as the master crime solver. Both Stout and Wolfe were household names in the U.S. in the earlier part of the 20th Century.

All that, and way too much more, happening on this day – October 28, 1975, as reported on the NBC Nightly News.