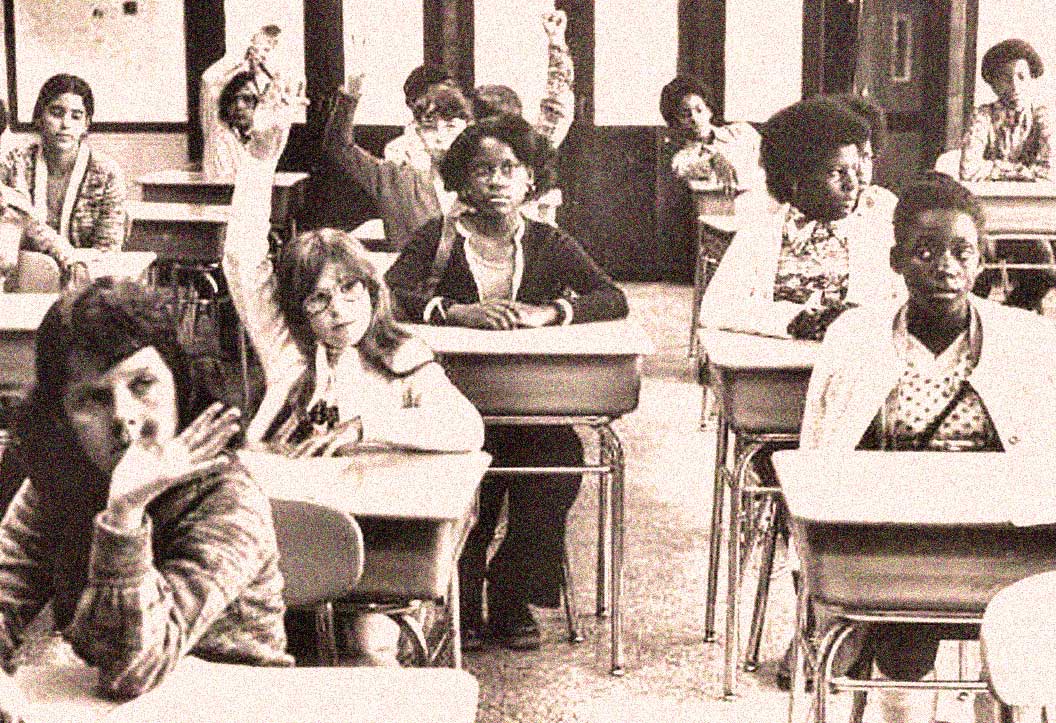 The hottest of hot-button topics.

Busing And Affirmative Action in 1975 – Past Daily Reference Room

The hottest of hot-button topics.

The 70s were an interesting year in the history of the Civil Rights Movement. Many felt the strides made in the early 1960s had stalled by 1975, and that much dragging of feet was taking place.

Two elements proved to be thorny issues which had sides equally divided – School Busing and Affirmative Action; both having to deal with our nation’s educational system.

The school integration issue, one which had been on the books since 1954, was meeting stiff resistance in various parts of the country; most notably Boston, where violent anti-busing demonstrations threatened to plunge the city into a state of Martial Law. Was a system of forced busing the only way to achieve school integration? And how was Busing working out so far?

These and many more questions were on the minds of most people, particularly parents of school-age children living in cities across America, as well as the children themselves.

As always, the debate is lively and is joined by members of the audience. It’s a form that’s much missed.

Here is that episode of National Town Meeting: Equality and Excellent from October 23, 1975.