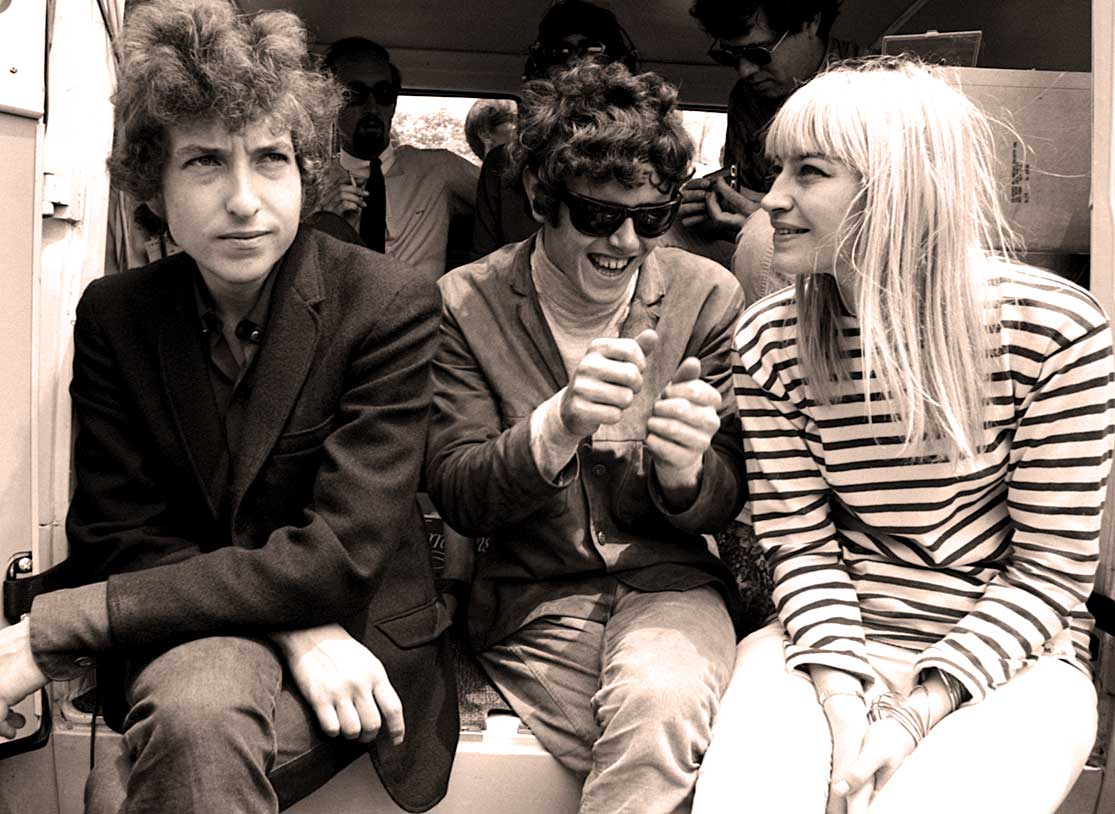 Bob Dylan and Mary Travers (with Donovan in the middle) - eyewitness accounts.

Bob Dylan and Mary Travers (with Donovan in the middle) – eyewitness accounts.

It would seem natural, two icons of 60s Folk Music to be sitting around, shooting the breeze and talking about Music. And this sit-down and chat between Bob Dylan and Mary Travers (of Peter, Paul and Mary fame in case you didn’t know) from 1975 is just that. It’s a relaxed gab-fest between two old friends, and Dylan discusses what he’s up to, circa 1975. This broadcast is around the time of the release of The Basement Tapes, so there’s the promotion aspect of the interview and a few insights here and there.

Good stuff – but in true 70s Syndicated Radio fashion, it’s long on fill and short on substance. The actual interview material between Travers and Dylan is great; there’s just not enough of it. And this was what 70s Syndicated Radio was so good at – stretch a five minute interview into an hour by jamming it with a lot of music and commercial breaks. I’m not sure how long the series Mary Travers And Friends went, but the format and style were very much the norm at the time for American radio.

But in true Rock History fashion, you have to take what you can get and one imagines the outtake reel is where the juicy bits are. Still – for historians and fans this is another slice of interesting listening. Especially if you haven’t heard it before.

So enjoy – among the clutter of tracks and spots, there’s some good words tucked in there.