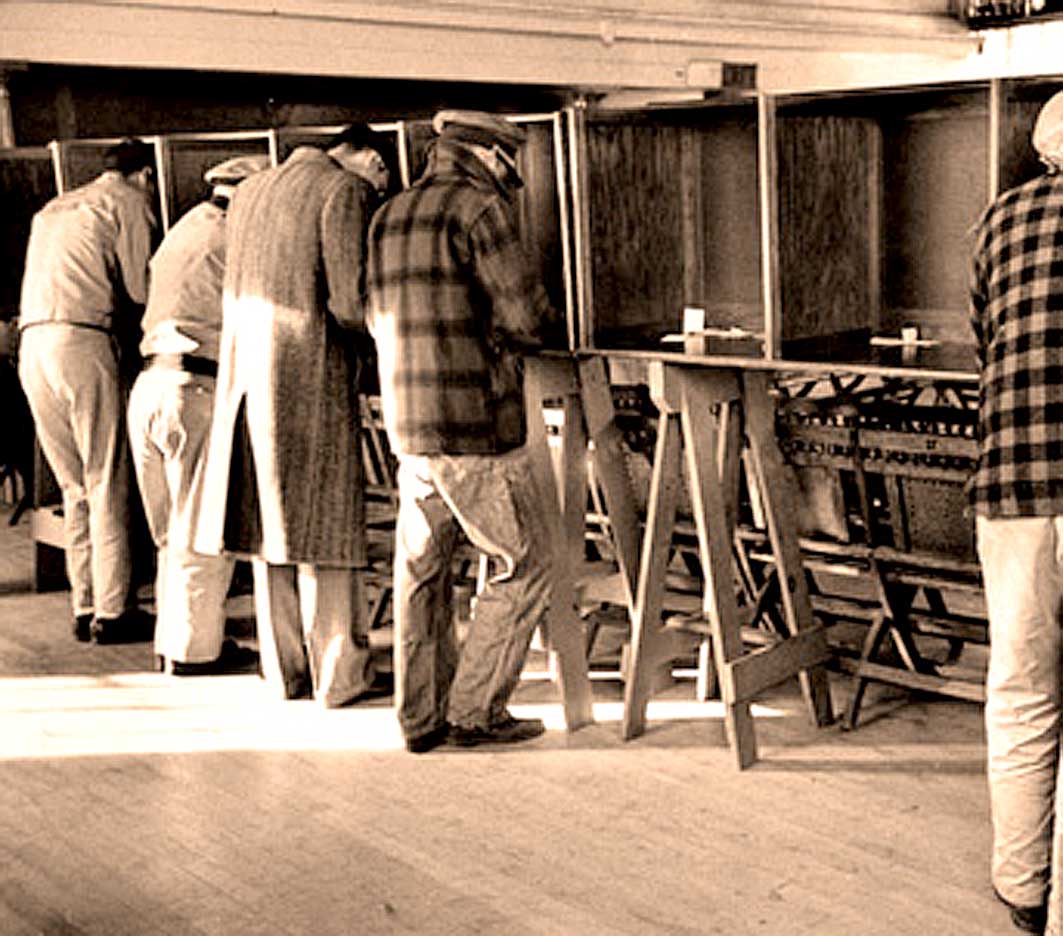 Seemingly not a milestone, but in retrospect a harbinger of things to come. The California elections were probably the most interesting. Congressman Richard Nixon waged a particularly dirty campaign against Congresswoman Helen Gahagan Douglas for the Senate seat from California. It was this election where Nixon earned the nickname “Tricky Dick”.

But there were other races going on during this mid-term year of 1950, and in the middle of the Red Scare era, this was a time where the mere mention of Communist Sympathizer caused waves of panic among constituents.

But a lot of people didn’t vote in this election. And that was worrisome. And it was speculated the election may have gone considerably different had those who were registered actually went to the polls.

And you think how history would have changed had Richard Nixon not won the Senate seat. Or had Everett Dirksen lost his Senate bid in Illinois.

1950 doesn’t come to mind as a watershed election year on the surface. But it was the first one to utilize TV as a campaigning tool – how the “image” became an important factor. 1950 became the rehearsal for bigger things just around the corner.

But the bottom line was, the vote was crucial. It was crucial then, as it is now. As George Jean Nathan put is so aptly: “Bad Officials are elected by good citizens who do not vote”.

Keep that one in mind.

Have a listen to what was going on for election year 1950, as reported by the inimitable Edward R. Murrow and the CBS Radio documentary team in their “documentary for ear”.