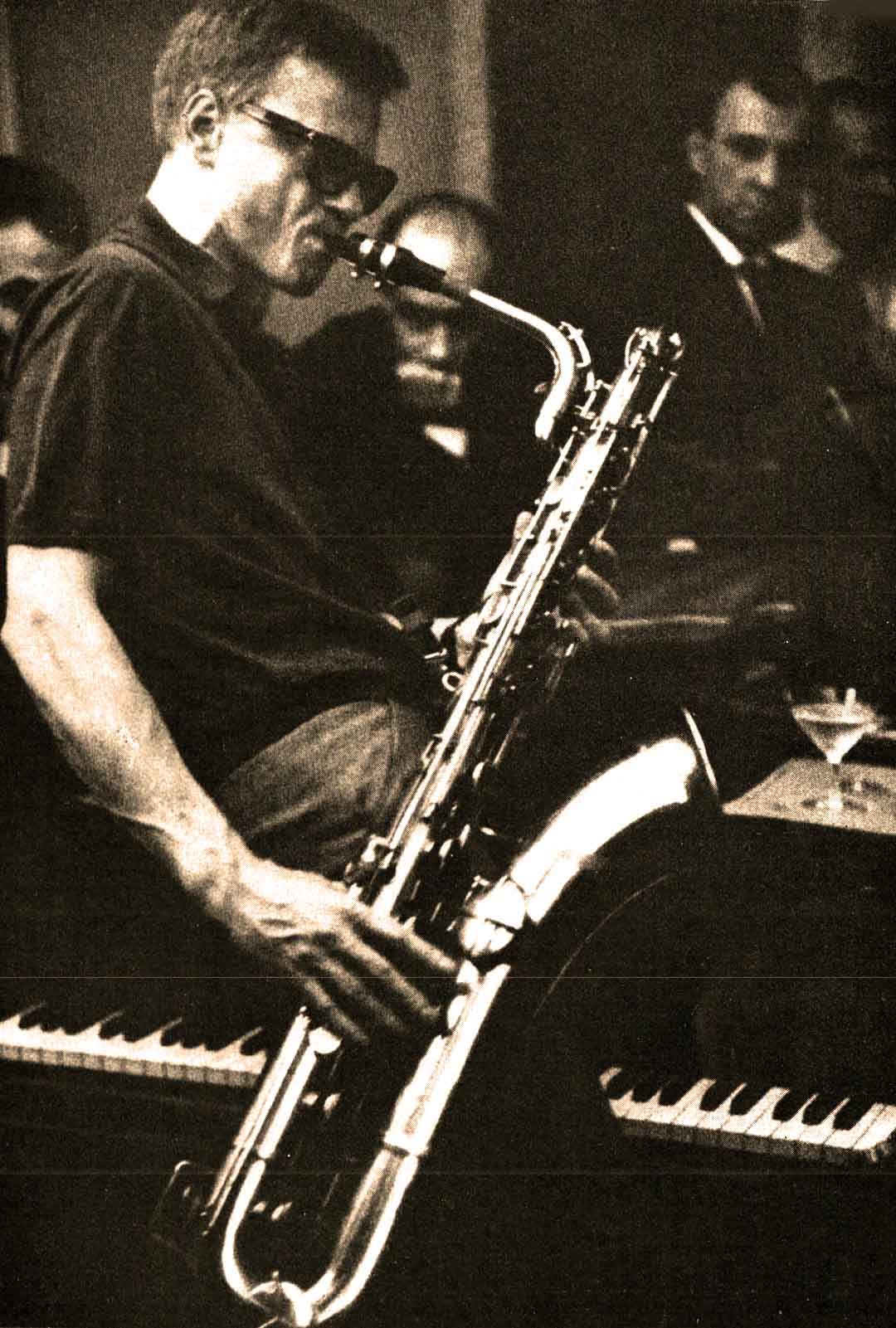 The legendary Gerry Mulligan this week, with his concert band at the International Jazz Festival Amsterdam, recorded by the always-great VPRO on August 10, 1980.

Aside from being one of the great Baritone Sax players of the 20th century, he was also a gifted and talented arranger – something that has gotten overshadowed over the years by his magnificent playing. Still, Mulligan worked for a number of band leaders in the early days, including the great Claude Thornhill, the band which also gave us Gil Evans and a host of other notables.

So this edition of Downbeat offers Mulligan in a triple role – as soloist, leader and arranger. It’s a fitting tribute to a consummate and highly influential voice in Jazz.

If you’ve just gotten around to discovering the unique art of Gerry Mulligan, or want to catch what he was up to in 1980, this is a great concert to jump into. The announcements are in Dutch but are kept to a minimum – it was live and on the fly, so there was a little padding here and there. There is also a small chunk missing from Out Back Of The Barn, but at a little over 90 minutes, the missing few seconds are kind of a bargain.

Okay? Hit play and kick back.