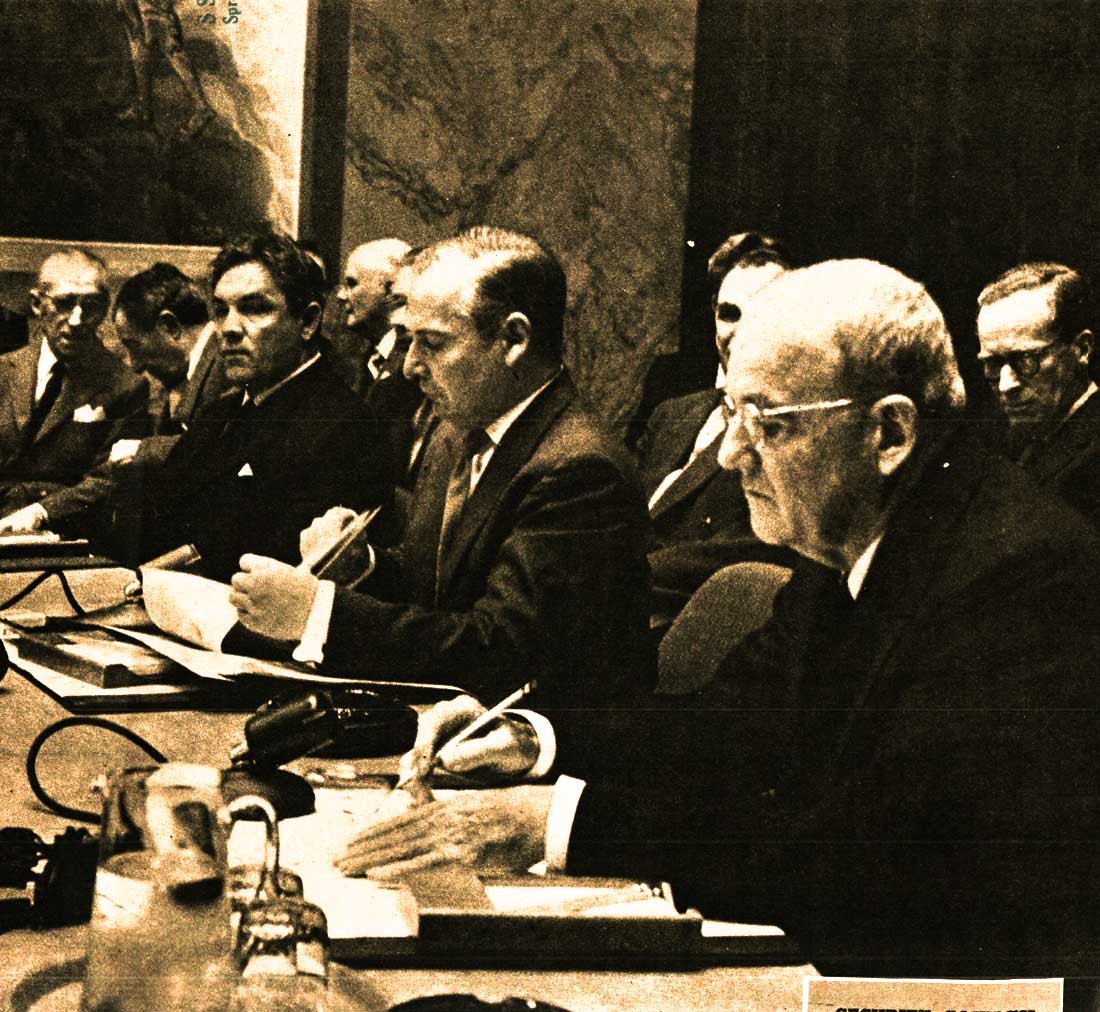 In November of 1956, it was a coin toss as to whether today's crisis was in Hungary or The Suez

In November of 1956, it was a coin toss whether today’s crisis was Hungary or The Suez

In November of 1956, two crises took center stage, almost eclipsing the storm of rhetoric and campaign promises spiraling to the finish line in the 1956 U.S. Presidential Election; Egypt’s abrupt closing of the Suez Canal and the war in the Middle East which erupted as a result. And the uprising in Hungary, which erupted into civil war and brought with it swift reprisals from Moscow.

So needless to say, the United Nations Security Council was putting in double-overtime, trying to reach peaceful settlements in each. Tensions were high and the risk of having it all fall apart was acute.

To give some idea of the goings on during one of these sessions at a time of high drama, here is a half-hour excerpt of the Security Council emergency meeting for November 2, 1956. At the time it was unclear as to which crisis was being addressed; Suez or Hungary. It was that kind of month.