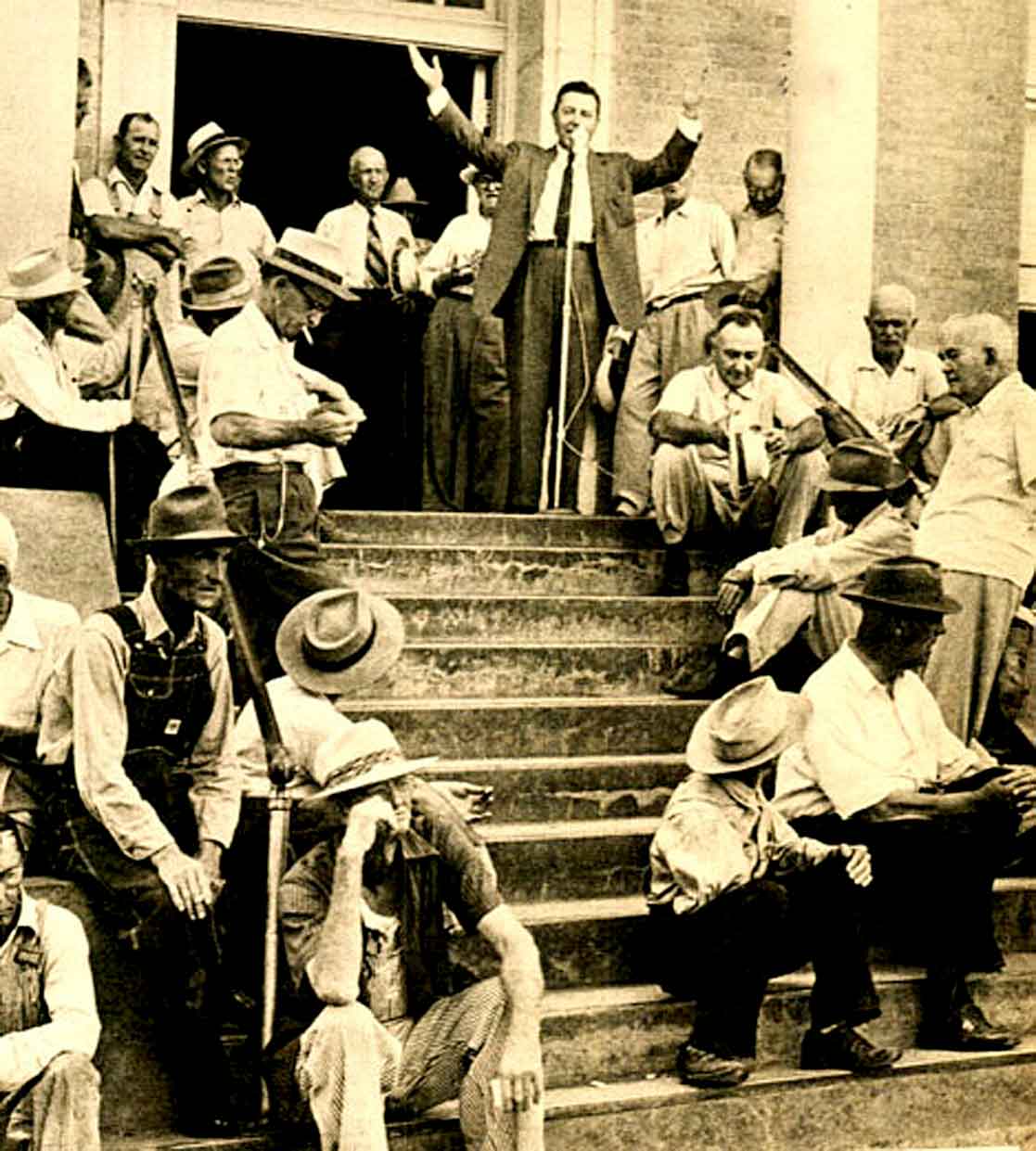 The ritual - the rite of passage.

‘What Have You Done For Me Lately?’ – The 1954 Mid-Term Elections – Past Daily Reference Room

The ritual – the rite of passage.

As a reminder that voting, even in the acknowledged “off-year” election season is important, here is a documentary, one of a series NBC Radio News broadcast on the 1954 Congressional Election.

Listening to the way campaigns were run 60 years ago is an eye opener. Things have changed a lot. Our society in general has changed in ways that aren’t recognizable. And listening to this radio documentary brings that point home on a lot of issues.

For one thing, the role of Women in the Political/Electoral process. It’s difficult to imagine, during what was the last half of the 20th Century, that there was still resistance by some that women voted at all, let alone run for Public office. And even though Women made up over half the voting population, there is a disturbing marginalization that, 60 years ago, is pretty shocking.

And there is no mention made of the Black vote. Remember, it was in 1954 that Brown v. Board of Education was argued before the Supreme Court regarding School de-segregation. The Voting Rights issue wouldn’t be addressed for years to come, as was the 18 year-old Vote.

This is America of the 1950s – the decade where changes started to occur, but weren’t by any stretch accomplished. This is America of the 1950s – steeped in a Cold War and terrified of the Red Scare. This is a nervous, unsure and somewhat fatalistic time in the life of a country. The rituals are quaint and cringe-worthy when listened to with 2014 ears.

But this signifies the timeless rite of Voting. And even in 1954 it was written off as a year where not many would be going to the polls. Hence the forever-label “The Off-Year Elections”.

One thing is absolutely certain – the stakes are higher now than they were in 1954. The sheer amount of money pumped into the campaigns of 2014 would embarrass even the most corrupt and greedy politician of 1954. The sheer level of rancor and vilification would make even a Dixiecrat of the 1950s blush. The playing field is no longer recognizable – even though the halls of Congress haven’t changed, the individual elected to office these days has, and a lot of times, not for the better.

We’ve charged head-long into the Brave New World of Politics as a War of Funds, not of principles. And perhaps the people not going to the voting booth on this day are overdosing on the flame and the rhetoric and just want peace. They want the noise and the hate to stop – and that’s just what some would like you to do. Forget about it – sit this one out – one vote isn’t going to matter anyway. Every justification in the world – and every reason in the world to complain when it’s all over and your person or proposition lost. But the damage has been done and you’ll have to live with it for another 2 or 4 years.

But to let you know how it once was, here is that episode of Barometer: 1954 – The Congressional Elections from October 1954, as presented by NBC Radio News.