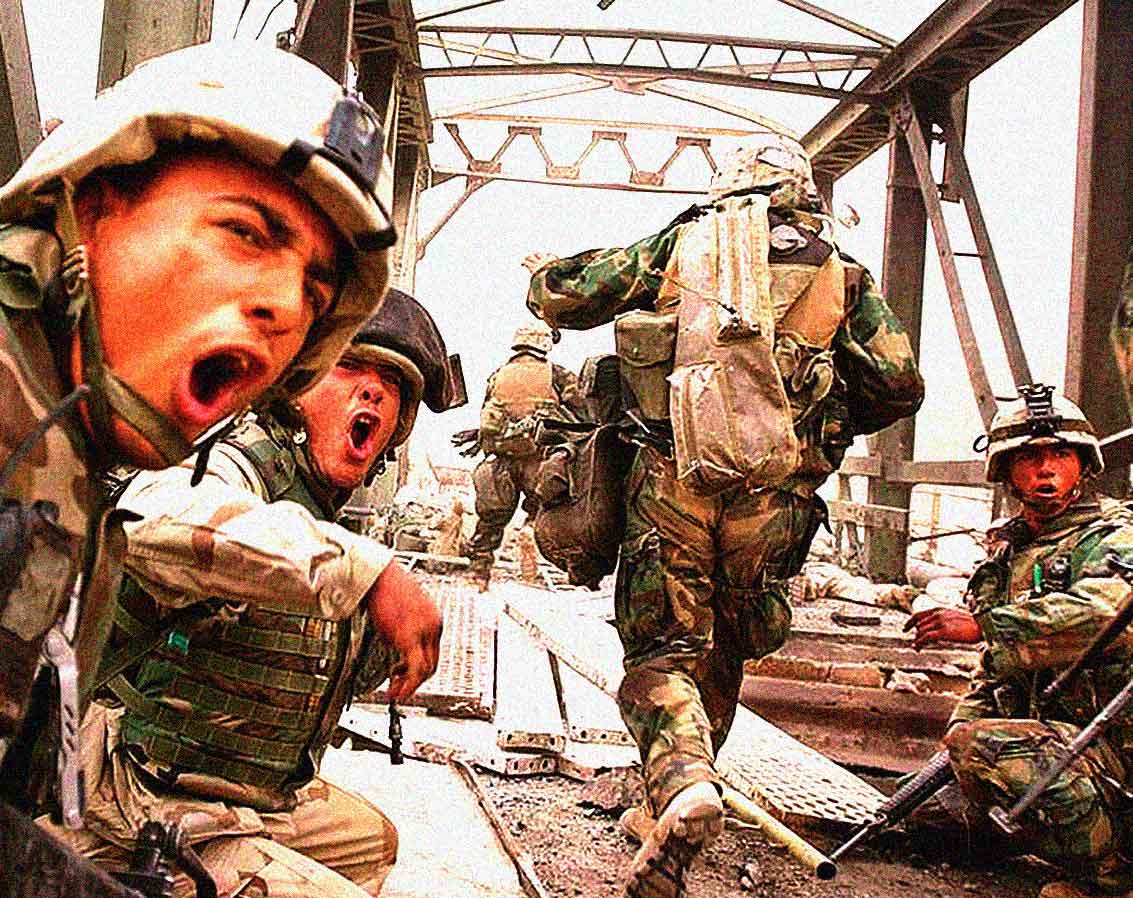 A different look at the way news was reported during the Iraq War, this November 5th in 2004. This one via BBC’s Radio 4 and their nightly one-hour capsule of the news; PM.

The Battle of Fallujah was to begin at almost any moment. Last minute appeals were issued by UN General Secretary Kofi Annan to George Bush, Tony Blair and Ayad Alawi that this further incursion would create a deeper rift within Iraq and imperil elections scheduled for January. At the time of this broadcast (6:00 pm London time), U.S. troops had sealed off the city and were beginning bombing selected targets.

Reports of 3 members of the British fighting unit The Black Watch were killed, as the result of a suicide bomber in Iraq.

News of the release of another video by Osama Bin Ladin, timed to coincide with the U.S. general elections. There is an interview with Bin Ladin’s sister-in-law, Carmen.

News on the condition of PLO Leader Yassar Arafat were growing worse by the hour. According to latest reports, Arafat was fighting for his life in a hospital in Paris. Even though Arafat was unconscious, a spokesperson insisted Arafat could still recover. In the meantime, Palestinian groups were meeting in Gaza to discuss what actions to take, should Arafat die.

Much of the news was taken up with issues around the UK and Europe, but the reporting on the war in Iraq and the U.S. involvement was always a point of interest in attempting to get a true picture of what was actually taking place on the ground.

There is a substantial interview with Iraqi Prime Minister Ayad Alawi, regarding the Annan letter and his views on the imminent attack on Fallujah.

A very busy hour, packed with information via BBC Radio 4 – something we didn’t see much of in the U.S. on November 5th 2004 and doubtful we ever will.