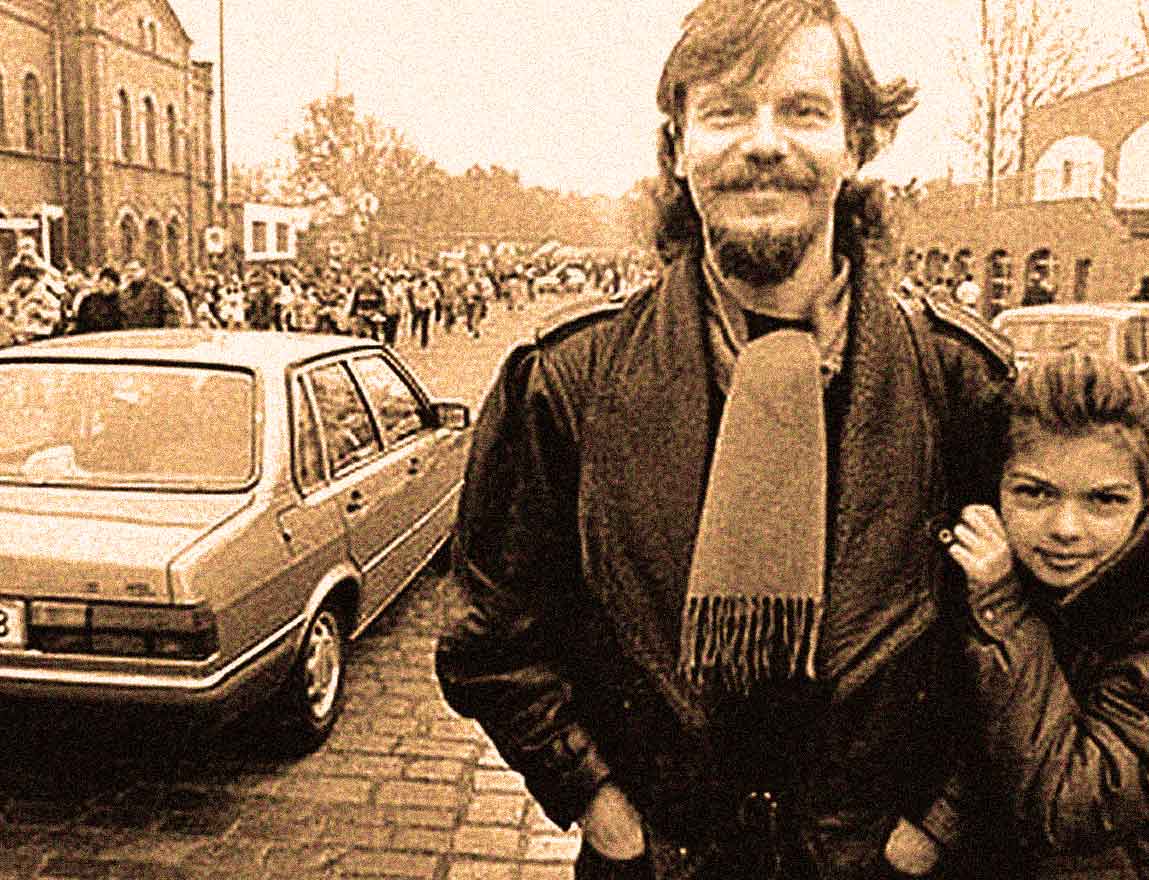 The flood of East Germans pouring into West Berlin continued without stop on this day 25 years ago.

The East German government was quickly amending travel laws, allowing anyone from East Germany to visit the West. But there were loopholes and fine print. But all of that seemed too late as roads, highways and railway stations were jammed with people heading west. Whatever new laws the East German government was attempting to adopt, they were going out of date as soon as they were enacted. It was looking more and more as though the genie had flown right out of the bottle.

Meanwhile, West Germany was trying to figure out what to do with the crush of people, streaming in by way of Czechoslovakia. It was all new and sudden and loaded with possibilities.

But there was other news this day, 25 years ago. Legendary pianist Vladimir Horowitz died at the age of 85. His artistry was the key influence for countless classical pianists over the decades. His death came suddenly, from an apparent heart attack.

Vladimir Horowitz as he appeared at the time Rachmaninoff met him (Photo credit: Wikipedia)

Also dead was former Sgt. Barry Sadler, who rose to fame in the 1960s with his “Ballad of The Green Berets“. He died at age 49, the result of a gunshot while training anti-Communist Contra rebels in El Salvador.

The potential casualty count from Typhoon Gay was rising. The number of missing sailors as the result of the killer storm was now in the hundreds, including 85 crew members of the U.S. ship Seacrest. Two crew members were rescued alive, while four were confirmed dead in the wreckage. It was not looking hopeful for the others.

And it was the final day of campaigning for Mid-Term elections in 1989.

All that, and so much more for this November 6, 1989 as reported by The CBS World News Roundup.