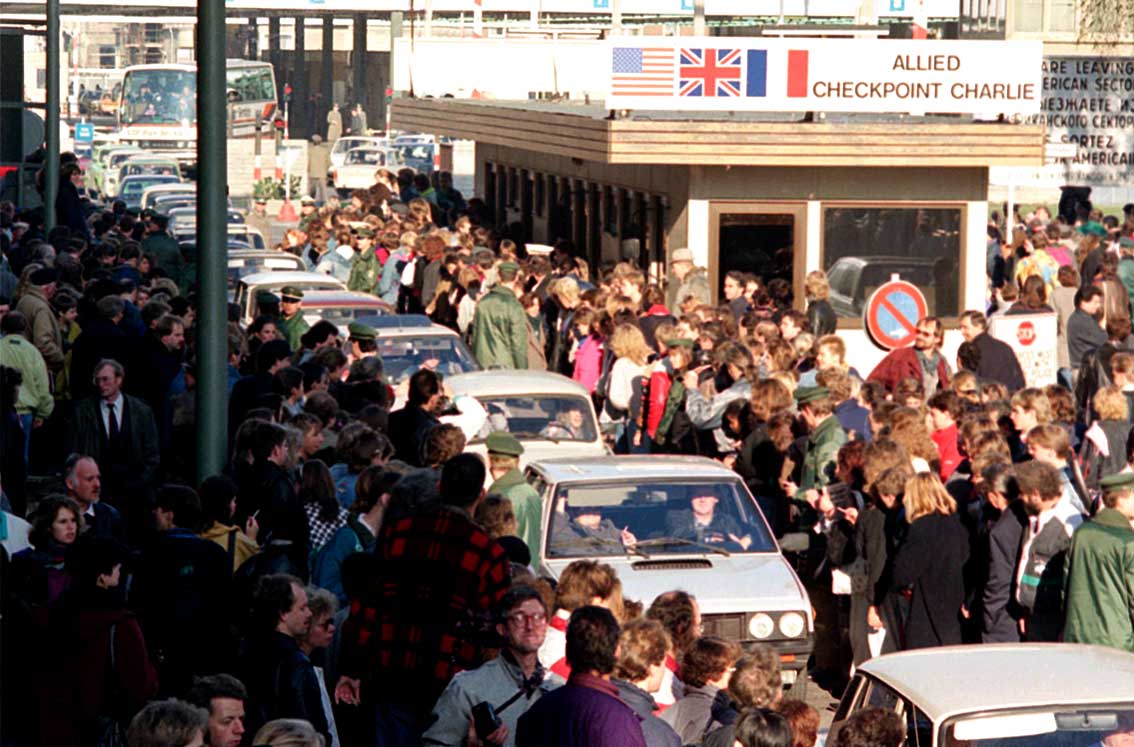 Checkpoint Charlie would never be the same again.

Checkpoint Charlie would never be the same.

Busy day of politics and world events, this November 7th in 1989.

This particular November 7th fell on a Tuesday – and in 1989 that could only mean mid-term elections. A lot of faces, including the potential of New York City getting it’s first Black Mayor, as David Dinkins was looking to be a favorite over Rudy Giuliani. Other issues were being voted on – one in Concord California having to do with AIDS and another having to do with Gay Rights in the Orange County city of Irvine. But the bottom line was, voter turnout was expected to be dismal.

But in the rest of the world – the news was anything but dismal. The Revolution Day Parade in Moscow was a big, noisy affair, belying the fact that the Soviet Union was rapidly fading away, as was evidenced by thousands of people cramming Red Square protesting the slowness of Gorbachev’s proposed changes. The bigger stories however, were going on elsewhere.

In Czechoslovakia, the Tsunami of people continued without stop, as two hundred people people every hour crossed the border into West Germany. In Berlin, the scene was just as chaotic, with traffic and people jamming Checkpoint Charlie to head West. West German Television was reporting speculation that the entire East German government was about to resign.

And financially-strapped Braniff Airlines was grounded and for sale. It was flying under bankruptcy protection for six weeks,  and the night before officials announced it had to halt operations in order to conserve what was left of its money.  Stranded passengers were urged to present their Braniff tickets to other airlines who might  or might not honor them. The joy of flying in Interesting Times.

Things were popping, this November 7th in 1989 as reported by The CBS World News Roundup.