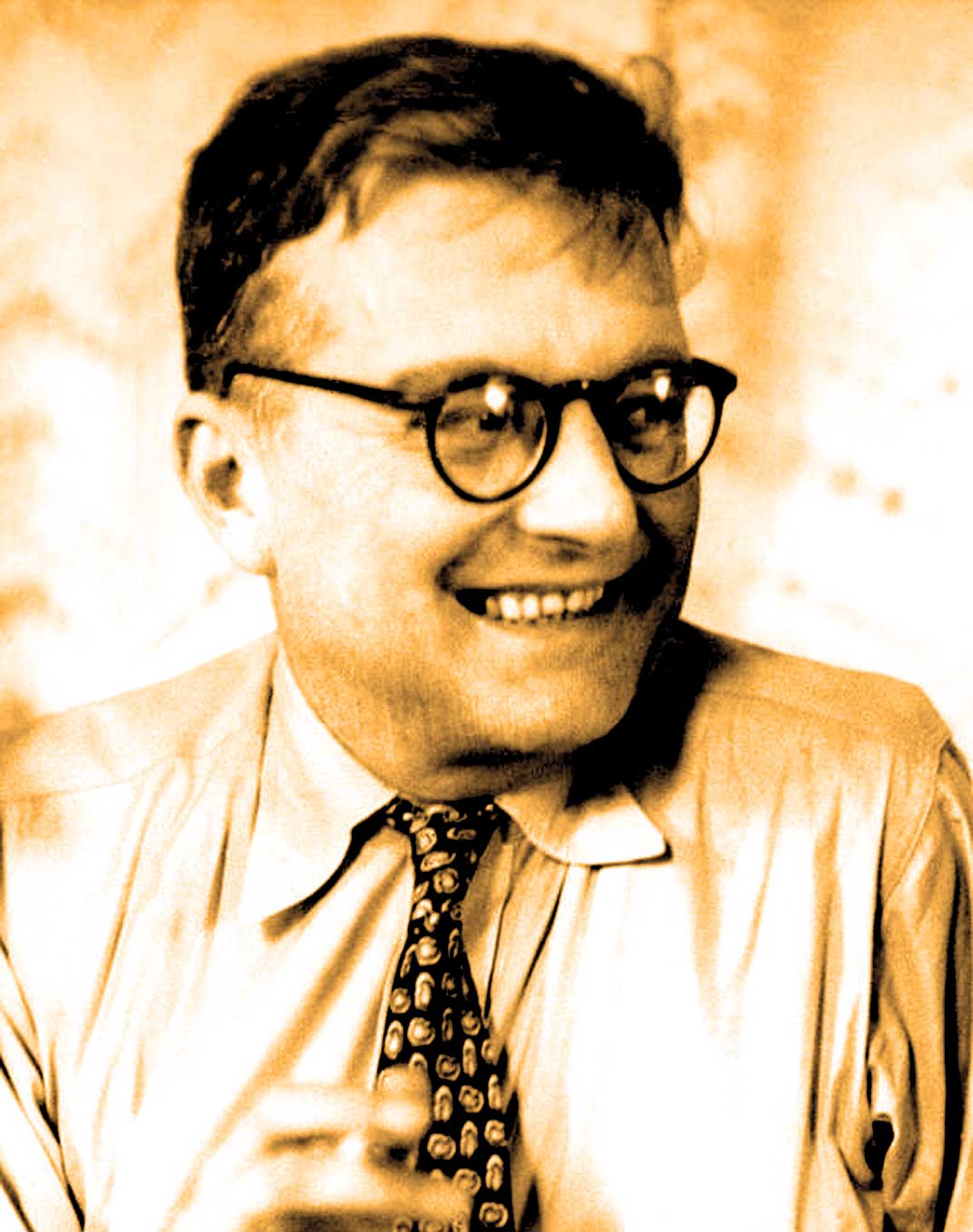 Although he was part of a larger group of visiting composers, everybody wanted to know about Dimitri Shostakovich.

Although he was part of a larger group of visiting composers, everybody wanted to know about Dimitri Shostakovich.

As part of the Cold War thaw, the Cultural Exchange Program was an idea brought about to bring understanding of all aspects of Soviet life to America and most aspects of American life to the Soviet Union. For the most part it was a howling success. And had it not been for the infamous U-2 incident (the spyplane, not the band), no doubt the cultural exchanges between East and West would have continued well into the Glasnost years.

One of the big highlights of this program were the Musical exchanges going on. The New York Philharmonic toured Russia – the Leningrad Philharmonic played Carnegie Hall. We sent Benny Goodman and a flotilla of Jazz figures to Moscow and Moscow sent over the best of their contemporary composers.

On November 6th 1959, a plane touched down in Philadelphia and out strode Dimitri Shostakovich, Tikhon Khrenikov and Dimitri Kabalevsky – all highly regarded and respected composers, on the second leg of their U.S. tour. They were immediately set on by the press who wanted to know everything. But since Dimitri Shostakovich had name recognition in the U.S., he got the bulk of the questions directed to him. It was Shostakovich who became the spirit of Soviet resistance in World War 2 with his landmark symphonies. It was also Shostakovich who fell out of favor with Josef Stalin – so his really was the more interesting story. But Khrenikov and Kabalevsky (and a few others not mentioned in the press conference) were important figures too, though not to the pivotal extent Shostakovich was.

Picking up after the first few minutes, the press conference gets underway and lasts a little over 12 minutes.

A fascinating document that’s probably not been heard in the 55 or so years since it was recorded. An interesting period of time where things were looking up. And if you aren’t familiar with any, or all of them, do yourself a favor and check them out.

It could change your life.