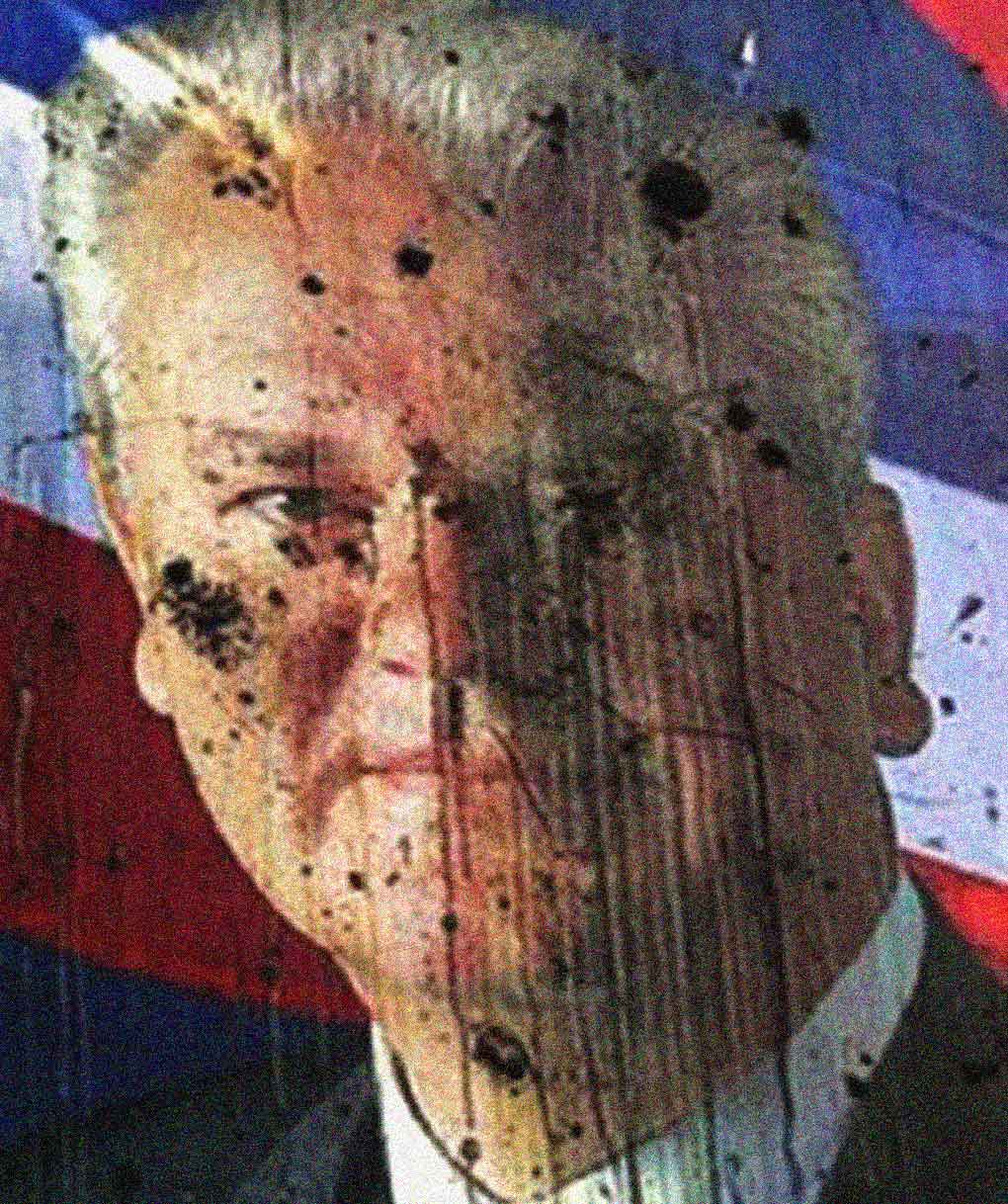 And on top of everything . . .there was still Milosevic.

And on top of everything . . .there was still Milosevic with all the marbles.

Fifteen years ago this week, the world continued its confusing and often frustrating spin in 1999.

Weeks from the end of the century, 1999 wasn’t planning on going out with a whimper of any kind.

News surfaced of the horrifying possibility of pilot-suicide in the tragedy of Egyptair Flight 990, as retrieved flight data indicated absolutely nothing was unusual when the plane suddenly nose-dived from 33,000 feet into the Atlantic, killing all passengers aboard and that auto-pilot was intentionally switched off just prior to the accident. The investigation was continuing.

The U.S. Embassy in Pakistan was the target of terrorist rockets, fired in Islamabad. Several injuries, no deaths and no Embassy officials. None of the rockets hit their intended target, but some landed in neighborhoods as much as a mile away. Suspicions were on the Taliban, since the U.S. had imposed sanctions on Afghanistan for not turning over Osama bin Laden, even though sources close to the Taliban swore up and down they had nothing to do with it. To be continued . . .

The White House was busy postponing and scaling back President Clinton‘s upcoming visit to Greece, hot on the heels of violent protests against the U.S. over what were believed to be the U.S. actions in Kosovo, even though Greece was a NATO member. The protests came as a result of U.S.-led airstrikes in Kosovo. There was also concern the President would arrive in Greece on the same day as the annual November 17th Crackdown commemoration. In observance of the Greek government crackdown on Student protests in 1973, it was a yearly observance and almost always ended up violent. So, the President’s trip was at least postponed until after the smoke cleared.

Staying on Capitol Hill – there was more talk about the Budget situation, with fingers crossed agreement could finally be reached and not have to face another infamous “government shutdown”. Ironically, there was also a report on Military readiness which claimed the Military wasn’t, and that money was the big issue. Well . . .there goes the budget . . .

From Belgrade came word that Slobodan Milosevic was being pressured to call early elections. However, all the pressure seemed to be having the opposite effect as it was now being considered to have the elections in early Spring, rather than November. The whole scheme smacked of politics, as the postponement would be an advantage to the Milosevic government, who were busy putting up posters and slogans around town saying, to the effect; “turn off your lights – save energy and blame NATO”. Although the slogans weren’t entirely falling on deaf ears, they were creating a certain fatalism as many agreed “Slobodan had all the marbles”, as the corruption of Milosevic had entangled fingers.

And Microsoft, in the midst of a threatened Justice Department breakup, was jumping into the retail market in a big way. Microsoft Chairman Bill Gates announced a partnership with Radio Shack to sell Microsoft products at is 7,000 retail outlets. But in lieu of the Anti-Trust suit, Microsoft was busy spinning off some of its associated companies. The latest being Expedia which was Microsoft’s Internet Travel site. It was considered by many to be a concession to the government, indicating it was already starting to do what the DOJ wanted them to do. However, some also felt it wasn’t big news, as the Expedia sale was in the works months prior and it was part of the latest trend among companies to spin off Internet divisions to take advantage of the popularity of Internet stocks and the ability to cash-in big. Shades of the future. Signs of the times.

And that’s a small portion of what went on this week, ending on November 13th 1999 as presented by CBS Radio’s Weekend Roundup.